Get to grips with Graves

Tracking down your family history isn't always about combing through documents and official records. Gravestones can be a major source of information, often linking several generations of a family, and finding them is of course a good excuse to get out and about and see where your ancestors lived and died. 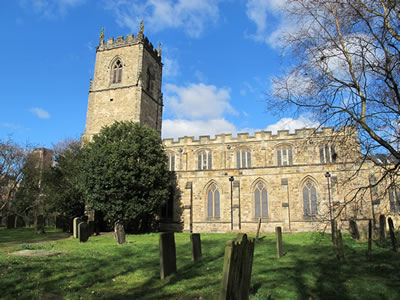 Although we may think of lichen-encrusted memorials stretching back into antiquity, stone memorials as we know them really only date back to the 17th Century. This was when stonemasons became established in village communities, working at a smaller scale than in, say, church, cathedral and castle architecture and ornamentation. Before then, new burials were typically marked with a wooden cross – with a larger one to indicate the churchyard as consecrated ground – and of course these have not tended to survive the elements.

Wealthier members of a community began to commission either tombs, stone ledgers or plaques, preferably inside the church for the congregation to be reminded of their status as they sat through the vicar's sermon; otherwise in the churchyard itself.

It was only in the 19th century, however, that most parishioners could afford their own stone. This was thanks to mass production of stone slabs or iron markers, and often aided by village burial societies, which in a sense were forerunners of modern funeral insurance schemes.

Then of course came cemeteries in the 19th Century – built either to provide ground for non-Anglican dissenters or to alleviate overcrowded graveyards (and the spread of disease) in larger cities.

Gravestones – also known under the broader heading of monumental inscriptions or MIs – are of course a valuable resource for family historians. If the inscription is readable you are likely to glean details of an ancestor's years of birth (or at least their age) and death, and perhaps the exact dates. You may also gain clues on their occupation, either in the text or in carved symbols relating to their trade; and often details of other family members such as spouses, parents, siblings or children. There could be clues to the married names of sisters and daughters, too.

If you find it difficult to read an inscription, try corroborating information in records such as censuses, civil registration records, or of course parish burial registers. And bear in mind that even things carved in stone can be wrong!

If you live in a different country from your ancestors or travelling the length and breadth of the land is difficult, there's now a major new resource to save on legwork. Data website www.TheGenealogist.co.uk has launched its own huge collection of searchable gravestone transcriptions. This is a fantastic resource, featuring crisp, high resolution photographs of the gravestone in situ, and images of the wider graveyard. The site has already amazed many thousands of records and will be adding to this invaluable collection over the months ahead.

You can even help out by joining a volunteer transcription project, with site credits as a reward – see www.ukindexer.co.uk/gravestone

See how multiple generations of a family can be revealed by the new graves database at www.TheGenealogist.co.uk 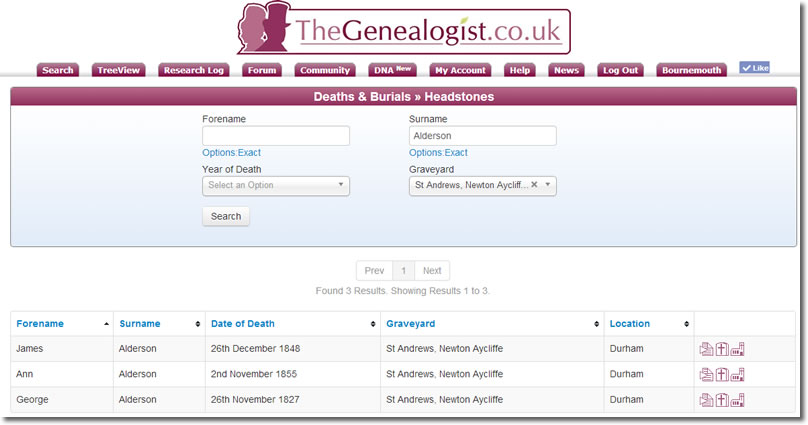 Start your quest at www.thegenealogist.co.uk, either directly or through the site's Master Search, available as soon as you log into your subscription. Here we're looking for anyone called Alderson at St Andrew's Church in Aycliff, County Durham. There are three results which all look promising. Note how the site has indexed both people whose burials are indicated on a single gravestone. Use the icons to bring up a transcription, a grave photo and graveyard details respectively. 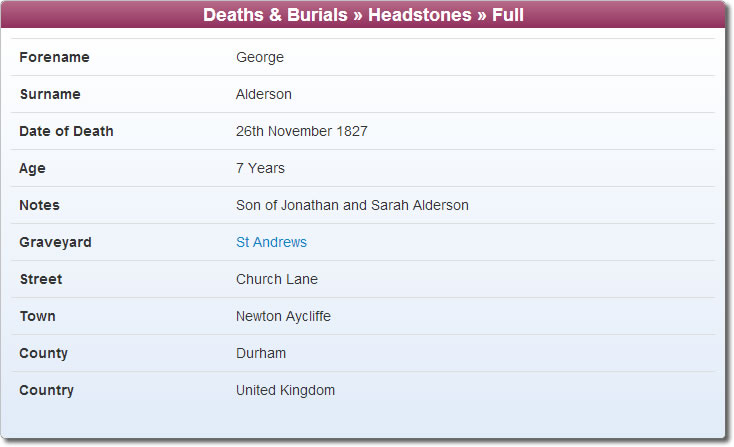 Here the transcription gives details of the sadly deceased child's parents – one could then use other records such as parish registers to work out if there is a connection between these Alderson's and the couple James and Ann. 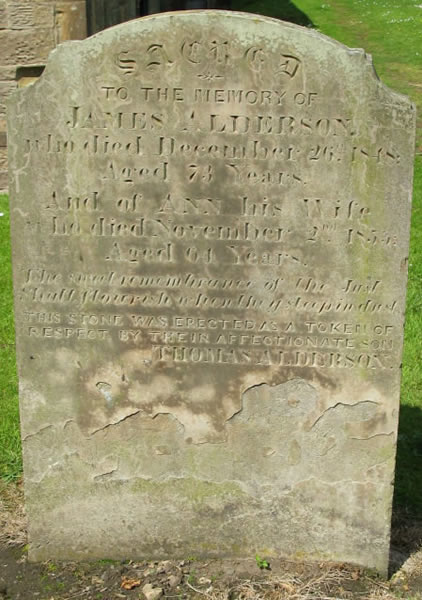 The site has uniquely provided photos of the church and churchyard and a 'navigable' Google map showing you where to find the churchyard if you want to visit it in person. If the burial ground is next to a road, you will also see a Google Street View. 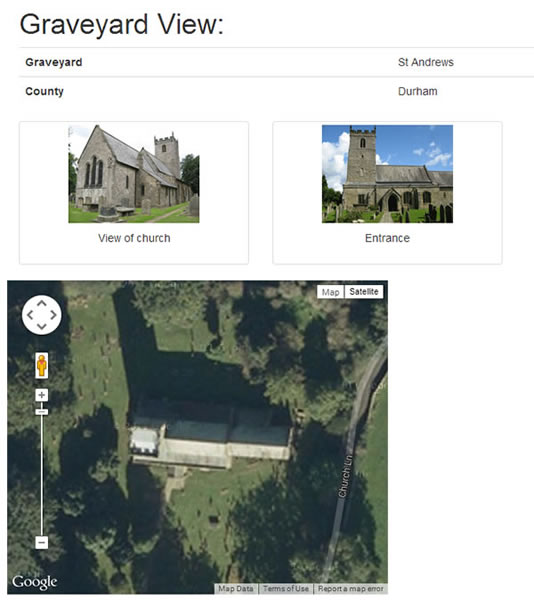 The grave images are very high resolution, so can be printed out and added to your family history file. Note here that the stone was raised by the couple's son, giving us a name to track down another generation.