Did your ancestor participate in the largest naval battle of World War One? A full record set of the Royal Navy servicemen killed or wounded in the Battle of Jutland is now available to Gold and Diamond subscribers at data website TheGenealogist.co.uk – the only family history site to provide a complete specialist section devoted to these battle records.

After a number of smaller naval engagements in the first two years of World War One, the battle of Jutland was the first major naval battle involving large dreadnought battleships on both sides. Involving 250 ships and around 100,000 men it was also the major naval military battle of the war.

After breaking German codes, the British knew of the German plan to try to destroy their fleet in two engagements; they left port to gain the element of surprise and catch the German fleet off the coast of Denmark. What was hoped to be a decisive British victory turned into a confused and bloody battle with many British casualties.

The Royal Navy lost 14 ships and suffered nearly 7,000 casualties. The Germans lost 11 ships and 2,551 men. Confused leadership and poor quality ammunition hindered the Royal Navy in the Battle and the losses shook morale in Britain at the time.

The newly online Battle of Jutland records provide a full list of the men killed or wounded in the battle with their rank, name of ship and date of death taken from official Admiralty sources.

The battle of Jutland Roll of Honour database was initially based upon the Admiralty's Registers of Killed and Wounded (in the National Archives record series ADM 104). These were cross-referenced with the Naval Who's Who of 1917 and subsequently the Commonwealth War Graves Commission and other TNA records. TheGenealogist is the first website to digitise this improved collection (originally complied by researcher Stuart Tamblin), and where possible the records online are cross-referenced to entries at the CWGC's website, as with other Roll of Honour records at TheGenealogist.

Records of the men lost range from Rear Admiral Robert Arbuthnot, commander of the 1st Cruiser Squadron who went down with his flagship HMS Defence. To 16-year-old Jack Rutland who – although mortally wounded – stayed at his post on board the damaged HMS Chester.

Although the losses were heavy, the Royal Navy was still a major fighting force and the German fleet never put to sea again in such large numbers to channel British sea superiority.

The records are available to view in the 'Roll of Honour' section of the Military Records at TheGenealogist. 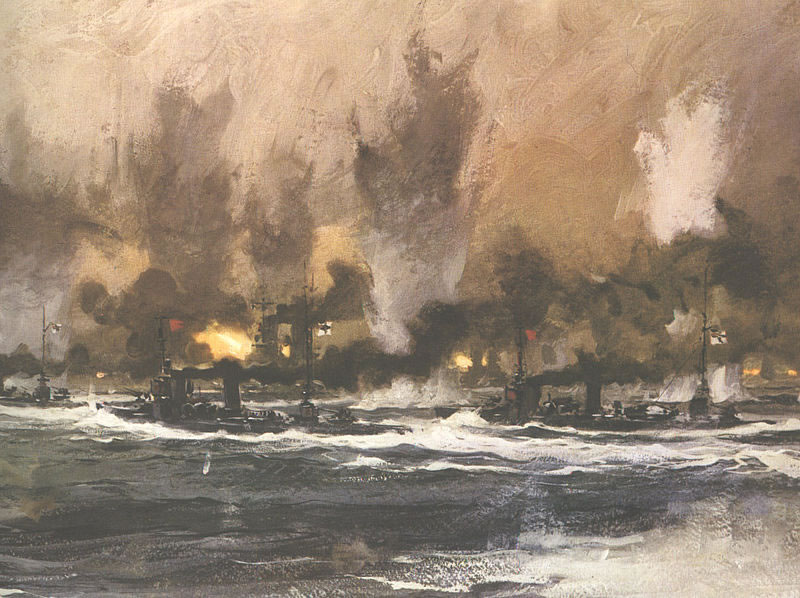 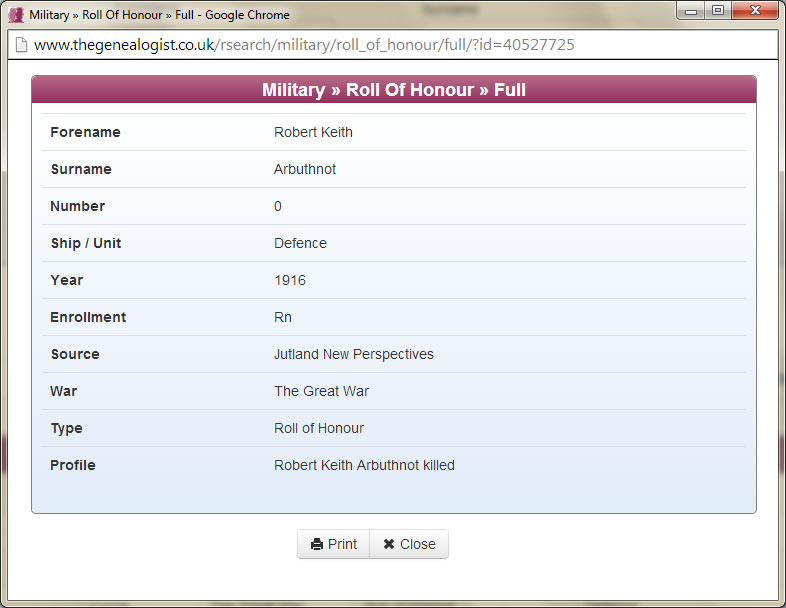