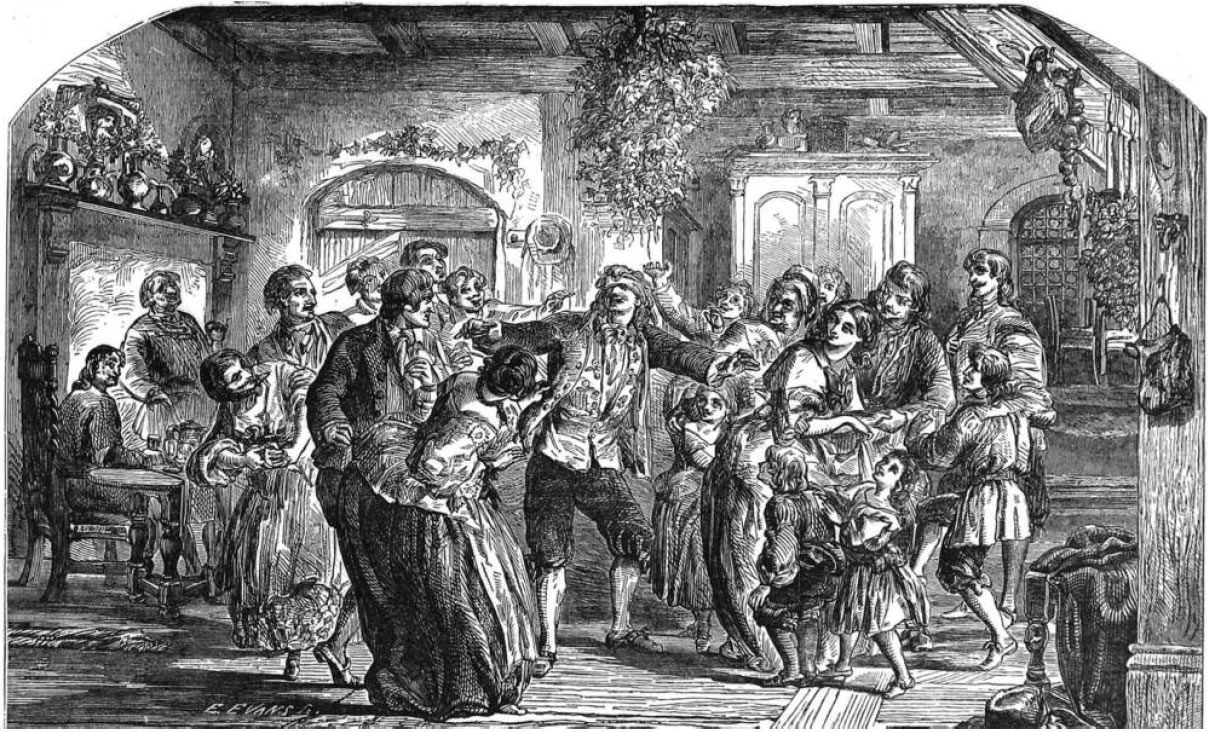 How about some 160-year-old games to liven up your winter parties?

As the party season is well under way, it's that time of year when people want to relax, celebrate, have fun and really make the most of Christmas and New Year festivities. As families, friends and work colleagues look to enjoy their time together and to enjoy each others company we take a look at the popular Victorian party games people used to play back in the 1850's.

The best way to do this is to take a look at the popular newspapers of the time, allowing us to see what like was like. Leading data website TheGenealogist.co.uk has a large collection of the Illustrated London News from the launch date of this famous newspaper in 1842 and throughout the 1880's. This newspaper provided a number of social interest articles as well as other events and at Christmas in 1853, the paper devoted a large amount of editorial space to 'Christmas party games' in their special issue supplement. The article reviewed those party games that were becoming a part of the social scene.

According to The Illustrated London News, many of the party games of the 1850's had French origins. The French games were given English names but proved just as popular in London and Birmingham as they had in Paris and Marseille. There was no doubt they certainly caught the imagination of many parties and gatherings of the Victorian era. Here are some of the games popular in 1853.

Get Out of That

Players seat themselves in a circle with one standing. To remedy the situation he or she must politely request one of the seated players to "Get out of that". To the natural answer "What for?" he replies "Because you have such a thing (names such a thing) and I have not". The players should take care they have not about their person the object they name.

A gentleman wishing to displace a lady would designate her necklace, ringlets, her flounces and her bracelets, whilst a lady could refer to the gentleman's waistcoat, boots or studs. The game can also be extended to mental or personal qualities, such as a gentleman may ask a lady to give up her place because she had an "enchanting mixture of captivating grace and touching innocence, to the possession of which he could never aspire". A lady might unseat a gentleman on the plea that he possessed of an amount of "self-conceit and impudence" which she would be very sorry to share with him. Care must be taken, however, to avoid wounding the susceptibility of anyone.

One member of the party is the organist, another selected person is his assistant. Both stand in the centre of a circle and the ladies of the group have to stand upright on their chairs and pretend to be 'organ pipes'. The organist advances to one of the ladies and pressing one finger against the left hand side of his nose, makes a sound like a tuneless organ-pipe. The lady must answer in the same tone, imitating his actions. "That won't do!" says the organist, "That's not the note!" and the assistant must set the pipe right. He must do this by taking the lady up in his arms and transferring her to another chair.

The organist then repeats the scenario with another lady, until every lady has been moved to a different chair, when the assistant struggling now with fatigue, finally hears the organist say he is happy that the "organ is tuned".

The unfortunate person chosen in the group has to respond to all statements made by the group with the phrase "It was I". The newspaper gives the following examples:

The Health of Cardinal Puff

A candidate is chosen, provided with a chair, a table and a glass of wine. They must proclaim aloud, "I drink the health of Cardinal Puff!" They must sip the wine once, holding the glass between thumb and first finger, tap the glass once, stroke their upper lip/moustache once, rap once on the upper edge of the table, then the underside edge, rise once off their seat and stamp once with each foot. This process is then repeated only doing it twice, then three times and so on. The newspaper recorded: "The attempt is invariably a failure, as something is sure to be altered or omitted in the strict order and a forfeit is exacted."

A gentleman must perform the part of 'drill sergeant' and he selects a lady to be his partner and then all the other couples must form a line before the first couple. The drill sergeant then must adopt a military accent and issue commands such as "Eyes right", "Attention!", "Take ladies hands!", "Arms around ladies waists!", "Make ready!", "Present arms!" and "Fire". According to the newspaper, the effect of this game is "extremely martial and inspiring".

"Now, Mr Toby, which of these young ladies is most fond of flirting?" The learned pig then ahs to go round carefully examining all the ladies in succession, grunting and sniffing at them with his snout and finally squatting himself down before one of them. This proceeding is generally accompanied by roars of laughter at the expense of the lady who receives this unenviable distinction.

The master may call upon the learned pig to point out "the gentleman who left an evening party, taking away a new hat, and leaving an old hat behind" and so on, fixing as many playful charges on the company as maybe found entertaining.

The group sits in a circle. A lighted splinter is handed to one of the group in the circle. It is then passed around the circle, still lighted. Should the flame become extinguished, the one in whose hand the splinter rests at that time must pay a forfeit. The forfeit sometimes demanded is that a moustache be made on the upper lip of that individual with the charred end of the splinter. In passing the splinter the player must say Jack's Alive; failing to do this the splinter is returned to him and should it become extinguished before he can say this, it counts against him. 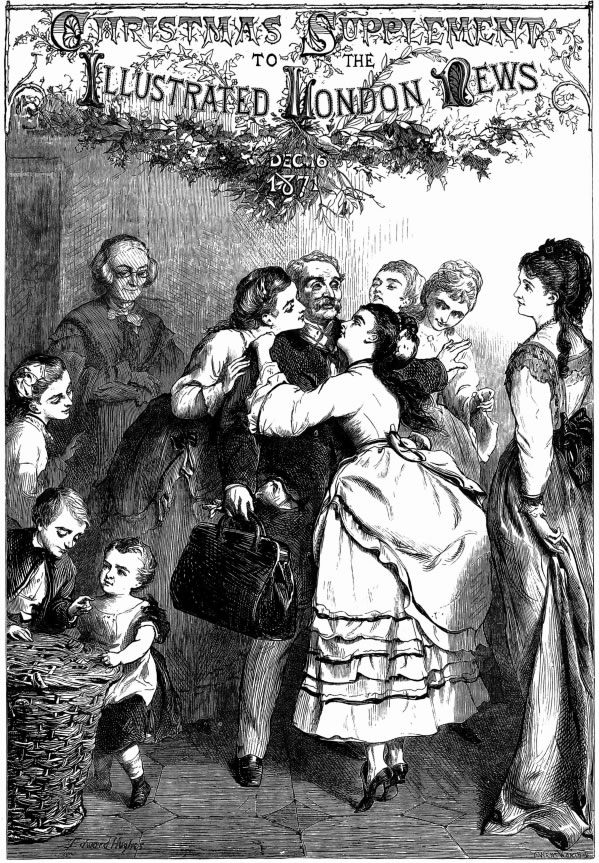 Many of these games have evolved or continued to this day in social gatherings. The Illustrated London News of the 1800's did see itself as factual and moralistic but also provides a clear indication of the social of Victorian society, giving us a taste of what life was like for our ancestors. There's a comprehensive selection of issues on TheGenealogist from 1842 to 1879 (plus 1890) to take a look at – these are all available to Diamond subscribers, along with issues of other publications such as Harper's Monthly Magazine.

Enjoy your Christmas or New Year party or gatherings…and maybe incorporate one of the Victorian party games into your own.