While researching recently on TheGenealogist.co.uk for an ancestor who had attended Cheltenham College, I came across the extraordinary story of another Old Cheltonian who was lucky to survive World War One, as he certainly didn’t keep his head down. James Forbes-Robertson, once a pupil at the Gloucestershire public school, was a career Army officer whose military service earned him the Distinguished Service Order, the Military Cross and the ultimate British military medal for an act of great bravery, a Victoria Cross. Unlike many of his fellow comrades, in that hellish war, Forbes-Robertson survived and lived on to see the respectable age of 71, retiring back to Gloucestershire and a village just some 15 miles away from his childhood home in Cheltenham.

Colonel James Forbes-Robertson VC DSO MC DL (7 July 1884 – 5 August 1955) was born in 1884 and educated at Cheltenham College. Some reports written about this great soldier state that he was born in Scotland. A search of the census records on TheGenealogist, however, has revealed that while his father, Farquar, was a Scot, James was born in Brighouse, Yorkshire. Brighouse falls into the Halifax district of Yorkshire and so it was a simple matter to identify James within the Births and Baptism records on TheGenealogist for the July - September quarter of 1884. These details would seem to dispel the legend that he had been born north of the border! It was as a 33-year-old, with the rank of Acting Lieutenant Colonel in the 1st Battalion, The Border Regiment, during World War One (at the Battle of Estaires), that he was awarded his Victoria Cross for his actions on 11/12 April 1918 near Vieux-Berquin, France. 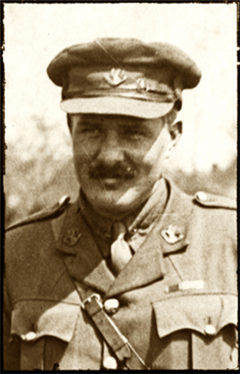 For most conspicuous bravery

From the London Gazette Supplement on the 22 May 1918 (www.thegazette.co.uk) we can read the reason for him being awarded the VC:

For most conspicuous bravery whilst commanding his battalion during the heavy fighting. Through his quick judgment, resource, untiring energy and magnificent example, Lt.- Col. Forbes-Robertson on four separate occasions saved the line from breaking and averted a situation which might have had the most serious and farreaching results. On the first occasion, when troops in front were falling back, he made a rapid reconnaissance on horse-back, in full view of the enemy, under heavy machine-gun and close range shell fire. He then organised and, still mounted, led a counter-attack which was completely successful in reestablishing our line. When his horse was shot under him he continued on foot. Later on the same day, when troops to the left of his line were giving way, he went to that flank and checked and steadied the line, inspiring confidence by his splendid coolness and disregard of personal danger. His horse was wounded three times and he was thrown five times. The following day, when the troops on both his flanks were forced to retire, he formed a post at battalion headquarters and with his battalion still held his ground, thereby covering the retreat of troops on his flanks. Under the heaviest fire this gallant officer fearlessly exposed himself when collecting parties, organising and encouraging. On a subsequent occasion, when troops were retiring on his left and the condition of things on his right were obscure, he again saved the situation by his magnificent example and cool judgment. Losing a second horse, he continued alone on foot until he had established a line to which his own troops could withdraw and so conform to the general situation. 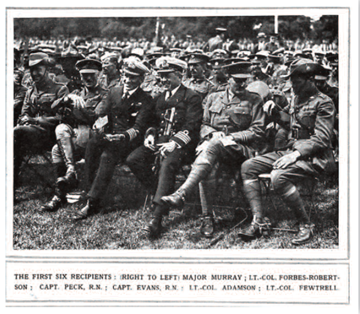 Forbes-Robertson’s regiment accounted for two VCs that year and so this prompted the Great War Magazine to publish their own short report at the beginning of the next year. This publication, that used reports from a team of war correspondents and was filled with pictures, maps and background detail, can provide a valuable insight for family historians wanting to discover how the war was fought. There are over 220 issues scanned in full colour that can be searched on TheGenealogist website

The King awards the Military Cross in Hyde Park ceremony

As I was now intrigued by this brave man, I decided to see if I could find out even more about him in some of the other newspapers and magazines that had been published at the time. By making a search of the Illustrated London News, for which there is a substantial run digitized and searchable on TheGenealogist, I found a great photograph in that newspaper of an investiture out in the open at Hyde Park in June 1817. This would be at the time of Lt-Col Forbes- Robertson receiving his DSO and MC from the King. The Military Medals records on TheGenealogist, confirm that he had been gazetted on the 18th June, 1917 for the MC. This military record resource has the added benefit of a handy link to the relevant page within the London Gazette that reveals the reason for a recipient receiving their honour:

For conspicuous gallantry and devotion to duty when in command of his battalion during an enemy attack. He collected all the men he could find, and, taking up a position on the outskirts of the village, brought the hostile advance to an end by his fire. He undoubtedly saved a very critical situation by his promptness, bravery and example. 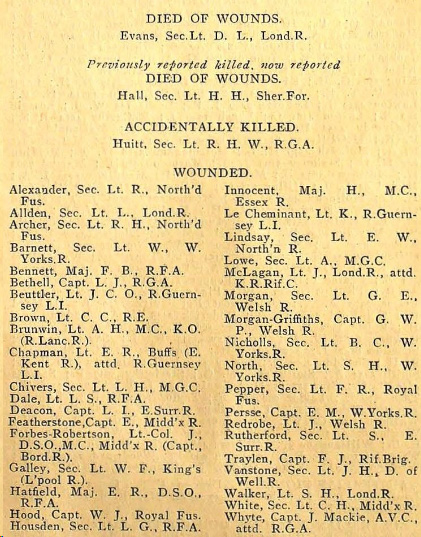 Further research, again within TheGenealogist's records, revealed to me that he had been ‘Mentioned in Dispatches’ several times in the latter part of that same year. It also enabled me to search the colour images of the daily Casualty Lists published at the time. These revealed that on the day after Boxing Day 1917, Lt-Col J Forbes- Robertson had been wounded while in action. The Casualty Lists disclose that he was serving with the Middlesex Regiment, at the time, as a Lt-Colonel – though his substantive rank was that of a Captain in the Border Regiment. Retracing my research back to the several mentions of James in the Cheltenham College Register from the Educational Records Collection on TheGenealogist, I was able to ascertain that he had started his career in the Army in 1904 when he joined the self-same Border Regiment as a 2nd Lieutenant. By 1908, and before the outbreak of the Great War, I also located him within the Passenger Lists on TheGenealogist as he travelled from Southampton to Gibraltar on board the German ship the Prinz Ludwig.

After the war Forbes-Robertson continued his career in the army and, as I was searching within trades directories on TheGenealogist, I came across an entry in the Kellys Directory of Cumberland and Westmorland for 1925. Here I found him listed as the CO of The Border Regiment’s depot situated at The Castle in Carlisle. From school records, to newspaper and magazine articles, through passenger lists and various military records I learned a great deal about this Old Cheltonian. With the evidence from both the census and his birth records on TheGenealogist, pointing to a Yorkshire birth rather than a Scottish one, I am greatly enjoying the satisfaction of discovering an error in another researcher’s published work!