A Day in the Life of an Expert

It is nice to be considered an ‘expert’ (even if, as a good friend reminds me, an ‘ex’ is a has-been and a ‘spurt’ is ‘a long drip of water’). Keeping this description soberly in mind, I am still pleased to have served as an ‘expert’ at the Family History Shows held on an annual basis in York, Bristol and London. If my calculations are accurate (and I am by no means a mathematical ‘expert’) I have taken part in eight such shows over the past few years and have enjoyed the experience in every case. In light of this, I thought now might prove a good time to share some of these experiences with others.

The changing role of the expert

The task in hand for the expert at the 2020 South West Family History Show in Bristol was considerably different from that undertaken when I first started. At earlier shows my contribution consisted simply of giving a 40-minute talk and answering related questions from the audience. Then, as now, the subject of the talk was ‘Tips and hints on using TheGenealogist website’. It is an ‘idiot’s’ guide to the site with myself, not the audience, being the idiot! I have always enjoyed researching social and family history yet struggle with modern technology. I found the TheGenealogist site so helpful and easy to use that I contacted its organisers and was asked if I wouldn’t mind sharing my enthusiasm with others. The rest (as they say) is history – or rather family history.

Over the last couple of years the role of expert has changed for me and the three of four colleagues with whom I have the pleasure of working. The talk remains a key element but we now devote ten-minute slots to meeting other researchers face to face and to dealing with what are often regarded as ‘brick wall’ problems. For the last hour of the show we experts now gather together in one of the lecture halls for a group question and answer session with any of the audience who wish to attend. In both instances I am presented as a ‘sport and social historian’. This is a description with which I am more than happy. I think I can help with brick walls but also enjoy leading fellow researchers in the direction of discovering the kind of life their ancestor might have lived. In this life sport often played a large part and it is surprising how much relating to sport at many levels ended up being recorded; as I noted in one publication, ‘from Wembley on Cup Final day to Millom Church League on a half-day holiday Wednesday afternoon’. 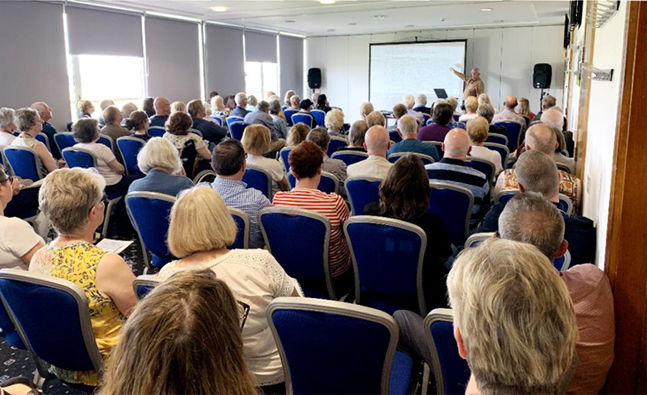 Keith Gregson helping a visitor in a one-to-one session in Bristol, earlier this year 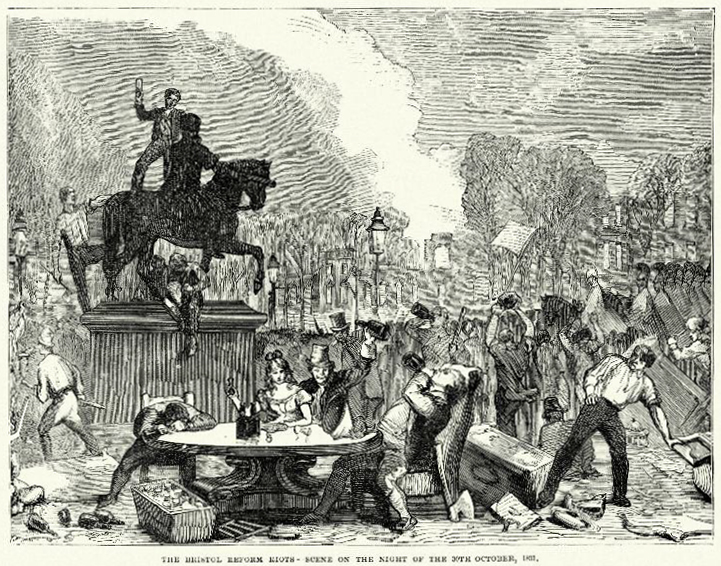 More on the one-to-ones

One to one often means one to couples and I am pleased to say that I met many fascinating singletons and couples at the 2020 show in Bristol. As a result I was able to help some to break through their brick walls and others to acquire the tools – either at the show itself or online at home – in order to make the breakthrough themselves. An equally pleasant and unexpected consequence was that I met up with fellow experts and stallholders who were able to advance my own family tree efforts.

One of the most satisfying outcomes of the recent show’s one-to-one lay in solving the problem of a lady researcher who was convinced that her ancestor had two wives. This was as the result of an ancient will she had discovered. There was illegitimacy in the family at that time and the will linked the illegitimate ancestor to his mother and to his grandparents. The will was that of his grandfather who acknowledged his ‘base-born’ son and left inheritances to him, his single mother and to his own wife. Further down the same page, and in the same small yet tidy handwriting, money and effects were left to a wife with another name and therefore the confusion. I was baffled at first as the single page document was rather muddled until I realised that there were, in effect, a number of short wills strung together which just happened to be written in the same hand. The second wife was clearly the wife of another named man and the brief will of the researcher’s ancestor was hers alone and clearly linked the three generations. I told her that she could go away with a smile on her face having the good fortune to be able to follow back with reasonable certainty at least one line from an illegitimate birth.

An equally fascinating ten minutes was spent with a lady who had local ancestry. In fact one of her ancestors had been a victim of the infamous Bristol Riots of the 1830s. I knew about these from my days as a teacher of A-Level History – they took place in the lead-up to the so called Great Reform Act of 1832. The riots were driven by concerns over who was going to get the vote. During the riots her ancestor, a gentleman of wealth and standing, had had his home ransacked and burgled. The researcher had found details of subsequent court cases but I was able to lead to a number of newspaper reports of both the ransacking and the court case. These helped to fill in the gaps in her knowledge. Her problem, however, was that she was unable to find his birth/baptism in the late eighteenth century – and he had a very unusual name. I trawled through a number of online sites before realising that my neighbouring table was run by the Latter-day Saints’ Family Search group. I pointed her in their direction and ten minutes later (and while I was dealing with another one-to-one) I was greeted with a massive thumbs-up as she passed by. Job done, apparently.

My own research advancement came in a couple of areas. Firstly I managed to find time to visit the Herefordshire FHS table which was situated opposite my own meet-and-greet workplace. I explained that my great-grandfather had been a gamekeeper on the Stoke Edith Estate between Hereford and the Malvern Hills. I told the society representatives that I had inherited some wonderful Edwardian photographs of him at work. Incredibly a representative of the society said that her direct ancestor had worked at ‘the big house’ at Stoke Edith. I mentioned Lady Emily Foley as his employer and she noted that Lady Emily had employed her ancestor too. We are now in contact and with my photographs and her local knowledge are hoping to advance our families’ histories.

Soon after and while chatting to fellow researchers at the main TheGenealogist desk, I heard a gentleman saying that his ancestor had been in command of the 18th Durham Light Infantry during the First World War. For a number of years I had worked on the service records of Sunderland amateur sportsmen during the war. Many had been in the Durham Light Infantry so I swiftly engaged the gentleman in conversation. I was aware, from my research, that the 18th DLI was a famous ‘Pals’ battalion. At least eight of my case studies had served in the battalion including the original commanding and enrolling officer who was too old for active service and a professional cricketer whose brother (Patsy Hendren) was an England batting legend. We have exchanged addresses and will surely come up with material of mutual usefulness.

The day ended with an interesting ‘all-in’ discussion. The main topic proved to be DNA with one of our experts acknowledged to be highly versed in this area (unlike my good self!). I was intrigued by the depth of detailed knowledge shown by all concerned and ended the day far better informed on the pluses and minuses of involvement in this ever-growing area of family tree research.