Stretching back as far as the chronicles will take us, these island shores have been awash with an endless flow of 'strangers' born overseas, 'friendly aliens' for the most part. With few legal barriers to immigration before the 1905 Aliens Act, Britain became a haven for Huguenots fleeing persecution in 17th century France, for asylum-seeking Europeans during the 18th-century Revolutionary Wars, and for Jews escaping the 19th-century Russian Pogroms.

Despite the gates essentially being left open, aliens were subjected to higher levels of taxation as early as the 16th century and their status within British society was as uncertain as the weather, apt to change whenever a political storm brewed. It's no wonder then that between the 17th and 20th centuries hundreds of thousands of foreign settlers applied for protection from the Crown and government by becoming British subjects.

Prior to 1844 the vast majority of applicants became 'denizens' after pleading for a patent of Denization from the monarch, which bestowed certain privileges and was easier to obtain than a private Act of Naturalisation from Parliament. To be entitled to almost equal rights as people born in this country, aliens needed to be 'naturalised', a process that was made more affordable with the passing of the 1844 Naturalisation Act when the Home Office assumed responsibility for issuing naturalisation certificates and a private Act of Parliament was no longer necessary.

Petitions for Denization by the likes of merchant Jean Louis Castera in National Archives' series HO 44 paint a vivid picture, describing how the Roman Catholic was born in Bayonne, France, but moved to Cadiz, Spain around 1775 and had been trading there for the past 18 years. Compelled to leave Spain like all French natives following an order by the Spanish King, Castera settled in Basinghall Street, London in 1793 and hoped to remain in Britain. Securing Denization would allow Castera certain rights, such as the right to hold land, though he could not vote or become a military or civil official. Full naturalisation would have been denied even if he could afford it, since only proven Protestants were admitted between 1609 and 1826. Correspondence about denizations may also be found in series HO 1 (1801-1840), while letters patent of denizations are enrolled in series C 66 (up to 1844), C 67 (up to 1749), C 97 (1752-1830) and HO 4 (1804-1843). 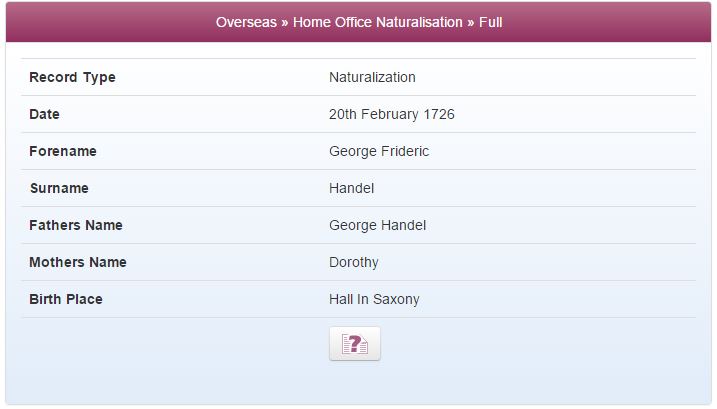 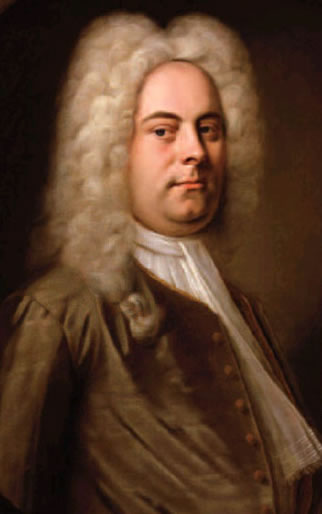 The composer Handel, born in Halle, Germany, in 1685; and Handel's naturalisation records at www.TheGenealogist.co.uk

Baroque composer George Frederic Handel was one of the wealthier London inhabitants who requested naturalisation by Act of Parliament, passed in 1726/7. Original records of his application held at the Parliamentary Archives reveal the complicated process. Having petitioned the House of Lords, Handels's case was next laid before a committee and the Bill granting him British citizenship was subsequently given royal assent by King George 1.

The 1844 Naturalisation Act simplified the procedure and resulted in many more migrants being naturalised in the 19th century. Census returns often say whether someone was a naturalised British subject, but immigrants could live here for decades before deciding to apply for British citizenship. Copies of the certificates with which they were issued are held at The National Archives in series C 54 (1844-1873) and HO 334 (from 1870), and usually show the applicant's date and place of birth, occupation, spouse and parents' names.

Documentation was produced proving he was born on 29th January 1869 in Warsaw and had been in the UK for 41 years, with the exception of a short trip home in 1910 and holidays to Paris to visit his daughter.

The case file provides biographical information that would be hard to come by in any other source – Harris was a retired ladies' tailor and buyer of cuttings and trimmings, but gave up work following a motor accident in March 1931 and lived on the income from his property investments. Details of the various houses and shops he purchased included 57 Finsbury Park Road, where Harris lived with his wife and son in one of three flats he owned. Uniquely, the file gives the names of Harris's parents, who remained in Warsaw – his father Mordcha Neporent and mother Gitla Neporent, nee Rotstein, were both deceased, but Harris had been apprenticed to his dad before following his sister to England. 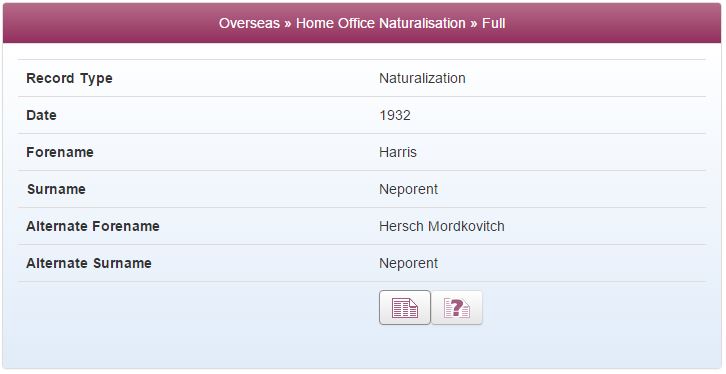 You can find out if your ancestor formed part of Britain's multicultural melting pot by searching the British & International Records at www.TheGenealogist.co.uk. The naturalisation and denization records indexed on TheGenealogist date from 1609 to 1960, covering the periods when Scots were classed as aliens in England and when Oliver Cromwell ended the exclusion of Jews from the country. Digital copies of original certificates can be ordered directly from The National Archives using linked records at TheGenealogist, including even Prince Phillip's naturalisation certificate granted a few months before he was officially engaged to marry the Queen.

"Deprived of citizenship by order of the Secretary of State on 12th February 1951" is emblazoned across Klaus Emil Julius Fuch's naturalisation certificate originally granted in 1942, the year hw was recruited to assist the British atomic bomb program. The German-born physicist had been convicted of spying for the Soviet Union in 1950 and spent nine years in jail. Character references, police checks and MI5 files were sought whenever a person applied for naturalisation, but Fuch's sophisticated subterfuge went undetected until long after the war.

It wasn't just the treacherous that changed allegiance more than once – Oliver Wallop was born in Devon in 1861 but took up the life of an American rancher and adopted US citizenship in 1891. After the death of his elder brothers, Wallop found himself heir to the title of the Earl of Portsmouth and, wishing to take a seat in the House of Lords, had to swear an oath of allegiance to the Crown and apply to become a naturalised British subject.

The 8th Earl of Portsmouth's naturalisation certificate can be ordered at The National Archives from series HO 334, but more detailed case papers in series HO 144 are still closed under the 100-year rule, which may include his application form and police report. Although these papers aren't due to be opened until 2034 it's quick and easy to submit an online Freedom of Information request to The National Archives to consider releasing them early. 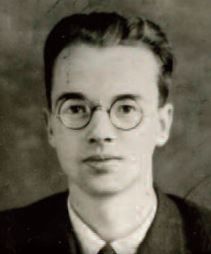 Klaus Fuchs and his naturalisation record online at TheGenealogist 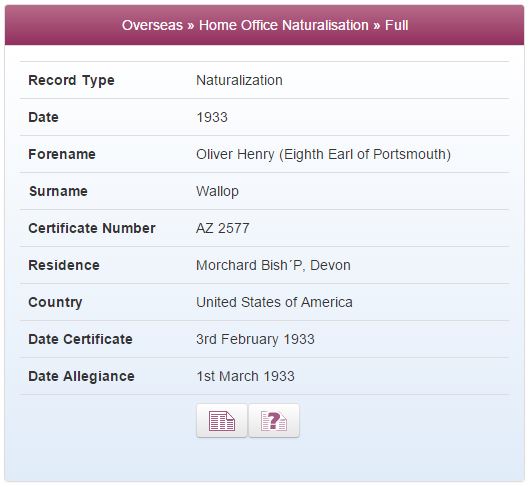