Blue sap in the family tree? 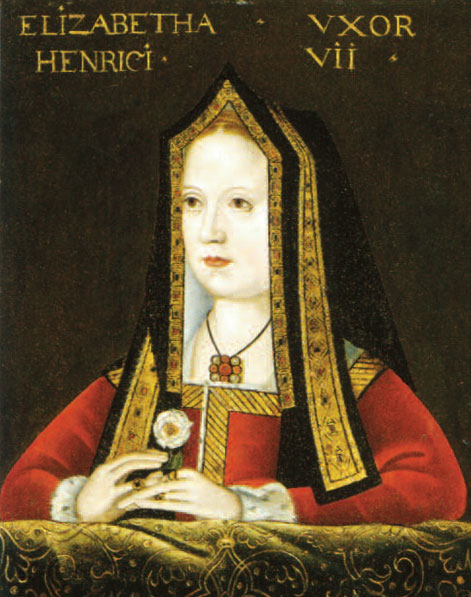 Elizabeth of York (1466–1503), consort of Henry VII, first Tudor queen, and daughter of Edward IV. She was also the mother of Henry VIII

For anyone lucky enough to have found an ancestor with royal connections, or simply those with an interest in the history of the English and British monarchy, the digitised books available in the Peerage, Gentry and Royalty section of The Genealogist’s website will prove a very useful tool in furthering enquiries.

The dates covered range from 43AD–1937 – that’s almost 2000 years of royal history and genealogical information. As well copious records of various royals and their families and peers, records of Royalist fighters during the English Civil War are listed.

The first four volumes available to search and read online are from the famed Plantagenet Roll of the Royal Blood: The Anne of Exeter Volume, The Clarence Volume, The Isabel of Essex Volume and The Mortimer-Percy Volume. This series traces the descendants of King Edward III (1312–77) and go up to the 1800s, and for later recent generations birth, marriage, and death dates are given.

The Tudor Roll of the Blood Royal of Britain traces the descendants of 15th- and 16th-century monarchs Edward IV, Henry VII and James III of Scotland. Edward’s and Henry’s ancestors’ lines converge with the marriage of Edward’s daughter Elizabeth to Henry VII in 1486, after Henry’s victory over her uncle, Richard III, at Bosworth Field.

The comprehensive Royal Blue Book Court and Parliamentary Guide 1939 and 1938 Webster’s Royal Red Book both contain a street directory of London and a trades and professional directory (which gives names and addresses of professional, prominent and influential citizens). Other enlightening information comprises details about the Royal Family, the Privy Council, Officers of State, Officials of Government Departments, House of Lords and the House of Commons, as well as clubs in London and plans of London theatres, so as well as possibly including more information about your own forebears, these comprehensive directories also offer a valuable insight into 1930s life in the capital.

The Coronation of HM King George VI and HM Queen Elizabeth, 1937, is actually a commemorative album including illustrations of the ceremonial dress and roles of those involved in the ceremony, including the King and Queen themselves, archbishops, the Bishop of London, Dean of Westminster, and those for a marquess, marchioness, viscountess, baron, Garter King of Arms, Bluemantle Pursuivant, Most Noble Order of the Garter and others.

The historic figures after whom the four volumes of the Plantagenet Roll of the Royal Blood are named are: 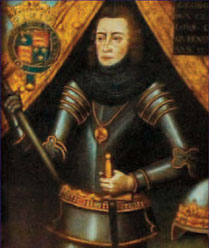 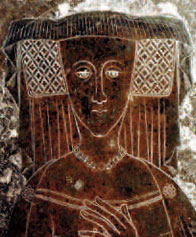 The Book of Dignities: Rolls of Official Personages of the British Empire 1649–1846 contains extensive lists of princes of Europe since formation of the nation states; peers of England; statesmen and state officers of England including chronological lists of Lord High Stewards, Lord High Chancellors, Lord Chamberlains, Lord High Admirals, Boards of Trade, Officers of the Royal Household, Speakers of the House of Commons, Judges, Ecclesiastical Courts; archbishops and bishops of England, Scotland and Ireland; admirals and military; holders of the Order of the Garter, Knights of the Bath, Order of the Thistle, Order of St Patrick; great offices of Scotland and Ireland; the Lord Mayor of Dublin and more.

Finally, two volumes about Queen Victoria are available: Johns Coulter and Cooper’s Queen Victoria, Her Grand Life and Glorious Reign: A Complete Story of the Career of the Marvellous Queen and Empress, and A Life of the New King, Edward VII, with a Brief History of England, published in 1901 (called Queen Victoria: A Complete Story of the Queen and Empress online) and historian and novelist Walter Besant’s The Queen’s Reign and its Commemoration: A Literary and Pictorial View of the Period, the Story of the Victorian Transformation, 1837–1897 (The Queen’s Reign online). Although a little on the hagiographic, both are hugely readable and packed with plates and images, and would be a fabulous source for anyone with Victorian court connections or simply an interest in the era.

Published in 1854, Mrs Matthew Hall’s entertaining AD43 – 1086 Queens Before the Conquest includes information about Boudicca ‘The Warlike’, Gwenissa the Fair, St Helena, Rowena (wife of Vortigern), Ethelburga the Silent, Emma of Normandy (wife to both Ethelred the Unready and Canute), Judith of France, and Guinevere, wife of King Arthur.

Emma of Normandy (c.985–1052), queen consort of England, Denmark and Norway and the daughter of Richard I of Normandy, was married to Aethelred the Unready and Cnut. Her sons included Edward the Confessor and Alfred. She outlived both her husbands, but continued to be a political activist. She is the central figure within the Encomium Emmae Reginae (In Praise of Emma the Queen), a critical source for the history of early 11th-century English politics. This copy dates from the 1300s. 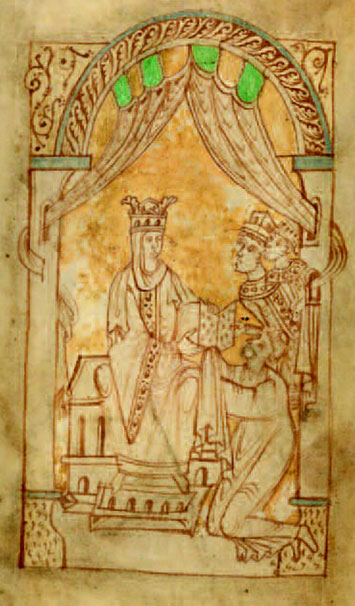 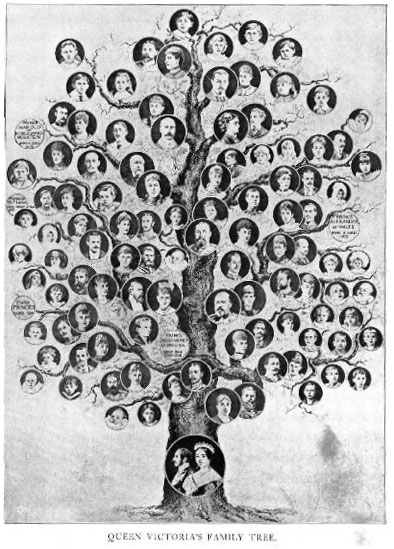