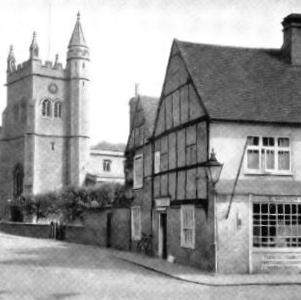 The historic county of Buckinghamshire has been in existence since it was a subdivision of the kingdom of Mercia in the 10th century. It was formed out of about 200 communities that jointly funded a castle in Buckingham, to defend against invading Danes. Aylesbury is known from archaeological digs to date back at least as far as 1500 BC and the Icknield Way, which crosses the county, is pre-Roman in origin. The Roman Watling Street and Akeman Street both cross the county and were important trade routes linking London with other parts of Roman Britain.

The sheer wealth in the county was worthy of note when the Domesday Survey was taken in 1086. Many ancient hunts became the king’s property (including Bernwood Forest, Whaddon Chase and Princes Risborough) as did all the wild swans of England – swans were bred for the king in the county.

Henry VIII was also responsible for making Aylesbury the official county town over Buckingham, which he is alleged to have done in order to win favour with Thomas Boleyn so that he could marry his daughter Anne.

The Industrial Revolution and the arrival of the railway completely changed the landscape of certain parts of the county. Wolverton in the north (now part of Milton Keynes) became a national centre for railway carriage construction and furniture and paper industries took hold in the south. In the centre of the county, the lace industry was introduced and grew rapidly, giving employment to women and children from poorer families. Furniture is still a significant industry in parts of south Buckinghamshire.

In the early to mid-Victorian era a major cholera epidemic and agricultural famine took hold on the farming industry which for centuries had been the stable mainstay for the county. Migration from the county to nearby cities and abroad was at its height at this time, and certain landowners took advantage of the cheaper land on offer that was left behind. One of the county’s most influential families, the Rothschilds, arrived in Bucks at this time and they built or renovated a wealth of magnificent houses in the county.

Mass urbanisation of the very north and south of the county took place in the 20th century, which saw the new town of Milton Keynes being formed and Slough becoming heavily developed.

Exclusive census analysis from data at TheGenealogist reveals that common surnames in Buckinghamshire in the 19th century included King, Stevens, Saunders, Cox, Harris and Adams; plus Green, Turner, Walker and Cook in 1841 and Clark/Clarke, Pearce, Carter and Hill in 1911. The population rose from 152,000 in 1841 to 194,000 in 1911, with agricultural roles dominating occupations.

Leading data website TheGenealogist.co.uk has a wealth of records for Buckinghamshire. Here is a quick run-down of what you can find (in addition to national collections):