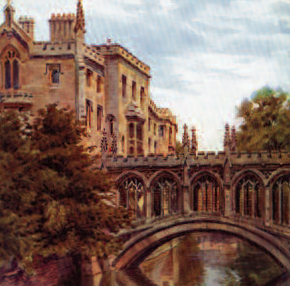 Modern Cambridgeshire was formed in 1974 from the historic counties of Cambridgeshire, Huntingdonshire, the Isle of Ely and the Soke of Peterborough (the latter was traditionally part of Northamptonshire). It was recorded in the Domesday Book as ‘Grantbridgeshire’ (after the River Granta).

The Anglo-Saxon Chronicle records the resistance which the shire opposed to the Danish invaders in 1010 when the rest of East Anglia had taken flight.

Until the 19th century the Isle of Ely was an independent ‘franchise’ in which the bishops exercised separate rule as a ‘palatinate’, and the Soke of Peterborough had its own, secular jurisdiction. The Isle of Ely was seized by the followers of Simon de Montfort in 1266, but in 1267 was taken by Prince Edward.

Cambridgeshire is historically an agricultural county. The county had a flourishing wool industry in the 14th century, and became noted for its worsted cloths. In the 16th century, barley for malt was grown in large quantities in the south, and the manufacture of willow baskets was carried on in the fen districts. Saffron was extensively cultivated in the 18th century, and paper was manufactured near Sturbridge. Sturbridge fair was at this period reckoned the largest in Europe, the chief articles of merchandise being wool, hops and leather; and the Newmarket races and horse trade were already renowned. Large waste areas were brought under cultivation in the 17th century through the drainage of the fen district by Dutchman Cornelius Vermuyden.

The Cambridgeshire Regiment (or Fen Tigers), the county-based army unit, fought in the Boer War and both world wars. Due to the county’s flat terrain and proximity to the continent, many airfields were built here for RAF Bomber Command in WW2.

Huntingdonshire was first delimited in Anglo-Saxon times and includes the towns of Huntingdon, St Ives, Godmanchester, St Neots and Ramsey. During the Wars of the Roses Huntingdon was sacked by the Lancastrians. The chief historic family connected with this county were the Cromwells, who held considerable estates in the 16th century. Norman Cross, on the Great North Road, marks the site of the place of confinement of several thousand French soldiers during the Napoleonic wars.

Leading data website TheGenealogist.co.uk has a wealth of records for Cambridgeshire (including Huntingdonshire). Here is a quick run-down of what you can find (in addition to national collections):