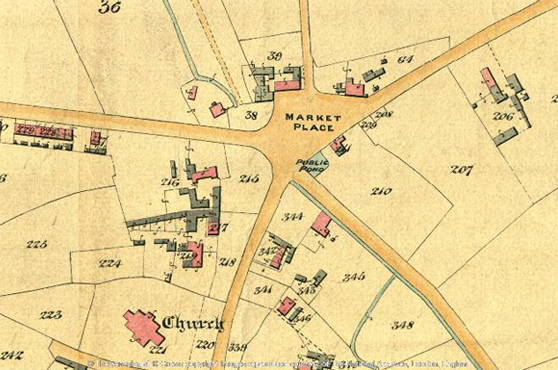 TheGenealogist has released a collection of colour tithe maps for Bedfordshire to join the previously published greyscale maps in its National Tithe Records collection. This release of attractive colour digitised maps will provide the family historian with highly detailed plans sourced from The National Archives (TNA). TheGenealogist has linked these to the appropriate apportionment books that provide researchers with the details of the plots, their owners and their occupiers at the time that the survey was taken in Victorian times. These make the maps easier to understand as the streams, rivers, lakes, ponds, houses and trees are often highlighted in different colours.

Subscribers to TheGenealogist’s Diamond membership can now select to view the latest colour or grayscale maps when using the Tithe & Landowner records for this county of England. The new release covers:

These tagged colour maps join the previously released apportionment record books, national greyscale maps and colour maps for Warwickshire, Rutland, Huntingdonshire, Buckinghamshire, City of York, Middlesex, Northumberland, Surrey, Westmorland, and the North and East Ridings of Yorkshire. The National Tithe Records collection gives the family history researcher the ability to search by name and keyword (for example parish or county) to look for property holdings from large estate owners to occupiers of small plots such as a homestead, or a cottage.

TheGenealogist has just released the Hackney maps and field books into its property ownership and occupancy record set, The Lloyd George Domesday Survey. Family historians can use this unique online resource to see where an ancestor lived in the 1910–1915 period for a number of areas; the data available will extend across the country over time.

These records make use of TheGenealogist’s powerful new Map Explorer to access the maps and residential data, so that those who want to discover where their ancestors lived in the period before the First World War are able to see the district as it was in that period. Because these large-scale maps include plots for the exact properties and are married to various georeferenced historic map overlays and modern base maps on the Map Explorer, by using the opacity controls researchers can see how the land has changed. The records are sourced from The National Archives.