Augusta Aida King, Countess of Lovelace, was the legitimate child of the poet Lord Byron- and she was ahead of her time. Her parents separated just a month after her birth, and Lord Byron soon departed the country forever – dying of fever, probably as a result of sepsis, while preparing to fight in the Greek War of Independence. Lady Noel Byron, afraid that her daughter may inherit the insanity that she believed she saw in her estranged husband, encouraged Aida’s interest in maths and logic as a counterbalance. Consequently, this 19th century young lady received an unconventional upbringing that saw her taught science and maths by a tutor at home.

Aged on 17, the Honourable Augusta Ada Byron met the Cambridge professor of mathematics, Charles Babbage, whose Difference Engine was able to make mathematical calculations – today this invention is recognised as an early model for the computer. It was Babbage who, as a result of corresponding with Ada on matters of logic and mathematics, gave her the nickname of ‘Enchantress of Numbers’ Ada, rather than Babbage, was the one to see the potential for his later Analytical Engine to progress beyond simple maths. In a nine-month period spanning 1842 and 1843, the young woman, now married to William Lord King, translated an article on Babbage’s Analytical Engine that had been written by the Italian military engineer, Menabrea. Understanding Babbage’s work, which had yet to be written up by the inventor himself, she tripled the length of the Italian’s piece, adding her own notes that explained how the Analytical Engine could operate. This groundbreaking work was done while she was living at her husband’s ancestral estate - Ockham Park in Surrey.

The house at Ockham Park, built around 1638 for the Weston family, had been sold in the 1700's to Sir Peter King, the son of an Exeter grocer and an ancestor of Ada's husband. Sir Peter was a lawyer, an MP and in 1725, became both the Baron King of Ockham and the Lord Chancellor. From the The Peerage, Baronetage and knitage of the British Empire for 1880 on TheGenealogist, we can see that all four of his sons in turn inherited the title and the estate. In 1727-9 his grandson, the seventh Lord King, oversaw extensive alterations to the house and in 1830 his great-grandson William, the eighth Baron, extended Ockham Park prior to his marriage to Ada.

Searching within the National Tithe collection on TheGenealogist, we can locate Ockham Park in the Surrey tithe schedules maps, which are dated April 1838. Gutted by fire in 1948, what remains of the buildings today have been restored, and the park is now open to the public.

From her home on this estate, Ada was able to anticipate the future development of analytical engines, including computer-generated music. She formulated a method for the machine to carry out a procedure, known as looping - Whereby the engine repeats a series of instructions. This is a process that computer programmes still use today. Because of this work, Ada is now often heralded as the first computer programmer, and in early 2016, she was celebrated in an exhibition at the science Museum in London. 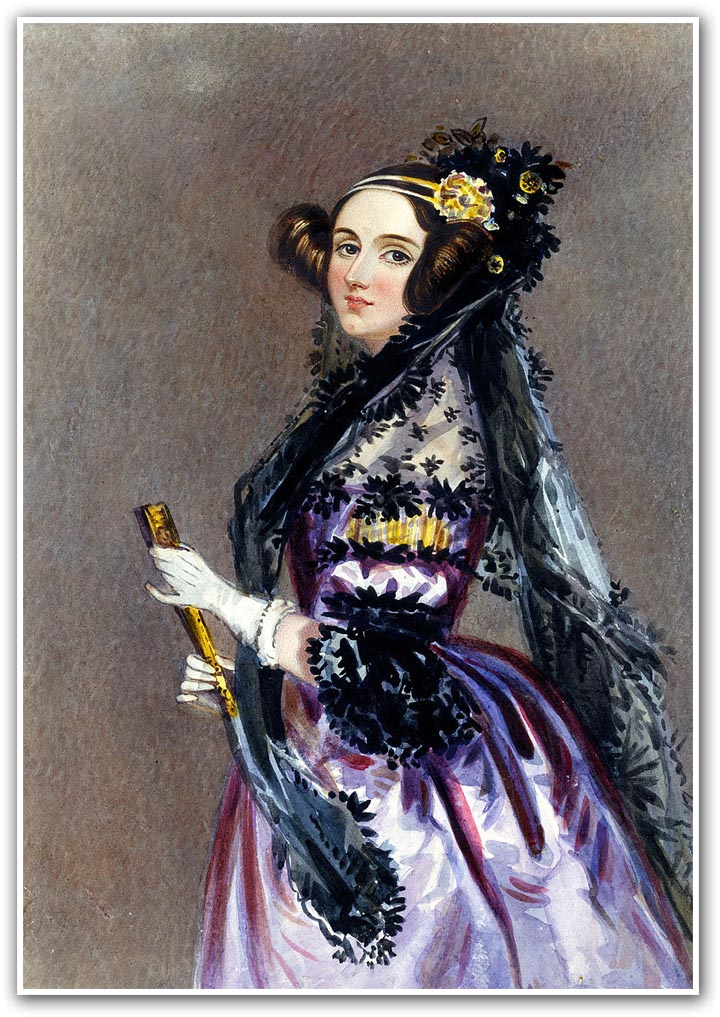 A water colour portrait of Ada King, the Countess of Lovelace, by Alfred Edward Chalon 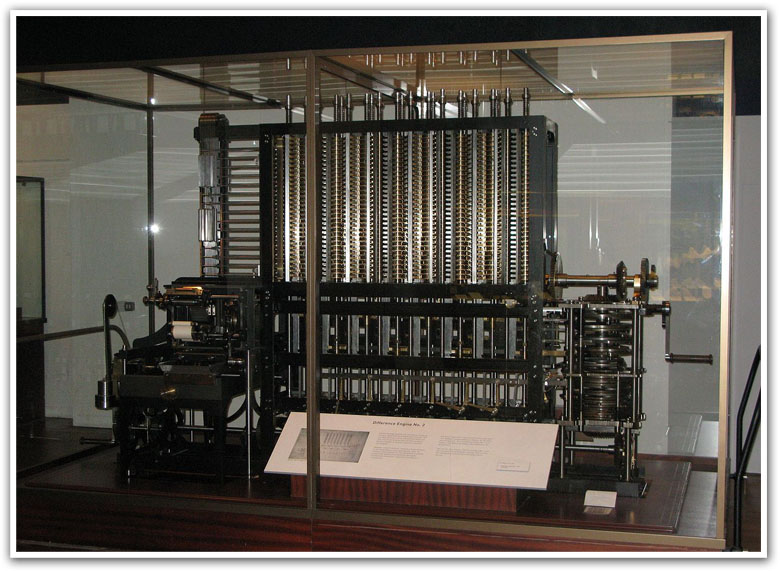 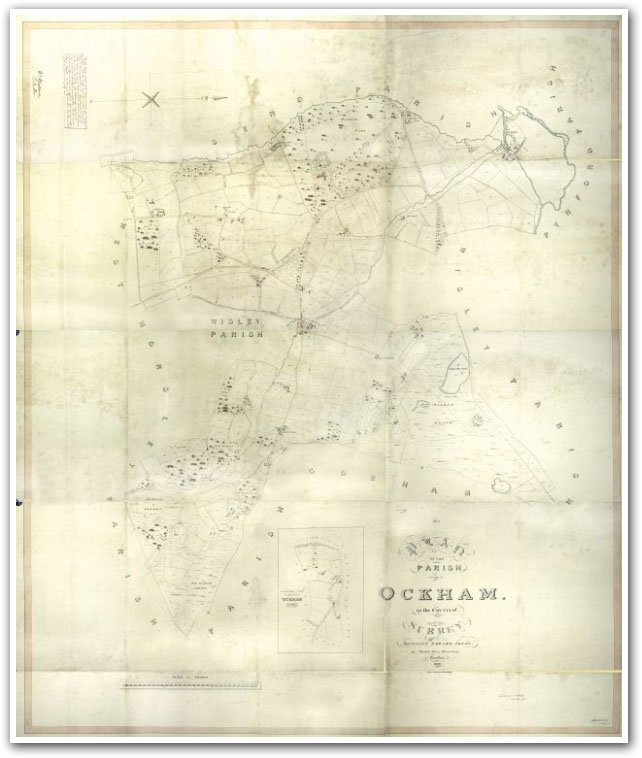 The Surrey Tithe Map showing the Parish of Ockham, 1838, from TheGenealogist

Ada married William, Baron King, 1835 - when she was just 19. They had 3 children. Her husband was given the titles of Viscount Ockham and the Earl of Lovelace in 1838. The mathematical Ada now became the countess of Lovelace. On the TheGenealogist, the 1841 census shows the family together in St James's Square, Westminster.

Moving in circles that included scientists such as Andrew Crosse, Sir David Brewster, Sir Charles Wheatstone, Michael Faraday and the author Charles Dickens, the Countess was able to progress her education with the apparent support of her husband. By this time, William was one of the biggest landowners in England - partly thanks to the estates and wealth Ada had bought with her into the marriage.

Ada also had powerful connections - her cousin was the Whig Prime Minister Lord Melbourne, who had the ear of the young Queen Victoria.

In 1829 William acquired another Surrey estate, in the form of East Horsley Park. This house has a gothic edifice and sat in 2,215 acres of land. The house had been built in place of an earlier building by the eminent architect Sir Charles Barry - who went on to be the architect of the Houses of Parliament. Constructed for distiller and banker William Currie, East Horsley Park was renamed Horsley Towers in the 1850s - although in 1846, it was recorded on the tithe maps as East Horsley Place. In the later years, it would become the home of Sir Thomas Sopwith, the aviation pioneer and in 1971 it was used as a Defence Staff Training College. Today it is a hotel.

In 1840, two years after becoming an earl, Ada's husband William was appointed to the high social and political position of Lord-Lieutenant of Surrey, a post that he held until 1893.

Ada never had a strong constitution, experiencing illness from childhood. Sadly, in 1852, at the comparatively young age of 36, she died in Marylebone, London. By using the Deaths and Burials collection on TheGenealogist, we can see her entry index for the last quarter of 1852. Unusually, it includes her social rank in brackets. TheGenealogist collection of newspapers and magazines can be used to build on an ancestor's story - and in Ada's case, there is an obituary that was published in December 1852. 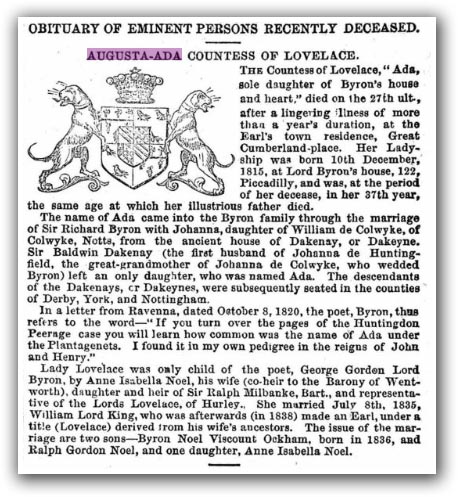 Among Several other interesting family facts, it gives details of the Earl and Countess of Lovelaces's London address in Great Cumberland Place.

Going back a generation, we can also see Ada's mother, Lady Anne Isabella Noel Byron, in the national Tithe collection. She was a significant landowner with holdings in various parts of England. From a search on TheGenealogist, we can see that she had large amounts of land in County Durham, Norfolk and Leicestershire. Within the pages of The Illustrated London News on TheGenealogist, it is evident that Lady Noel Byron had been a philanthropic member of society, with several references to her donating money to different causes. In January 1844 for example, she was reported as having turned over a considerable quantity of land on her estate at Wellsborough, Leicestershire to be made available to the poor as allotments.

Augusta Ada, Countess of Lovelace was a remarkable woman. 170 years ago, she was able to forsee the computer age. Unusually, for a lady of her time and status, she was educated in mathematics and logic. By using many of the records on TheGenealogist, we have been able to trace her aristocratic connections and also, with the fantastic tithe records collection, see how her family deprived it's wealth from it's multiplying landholdings. 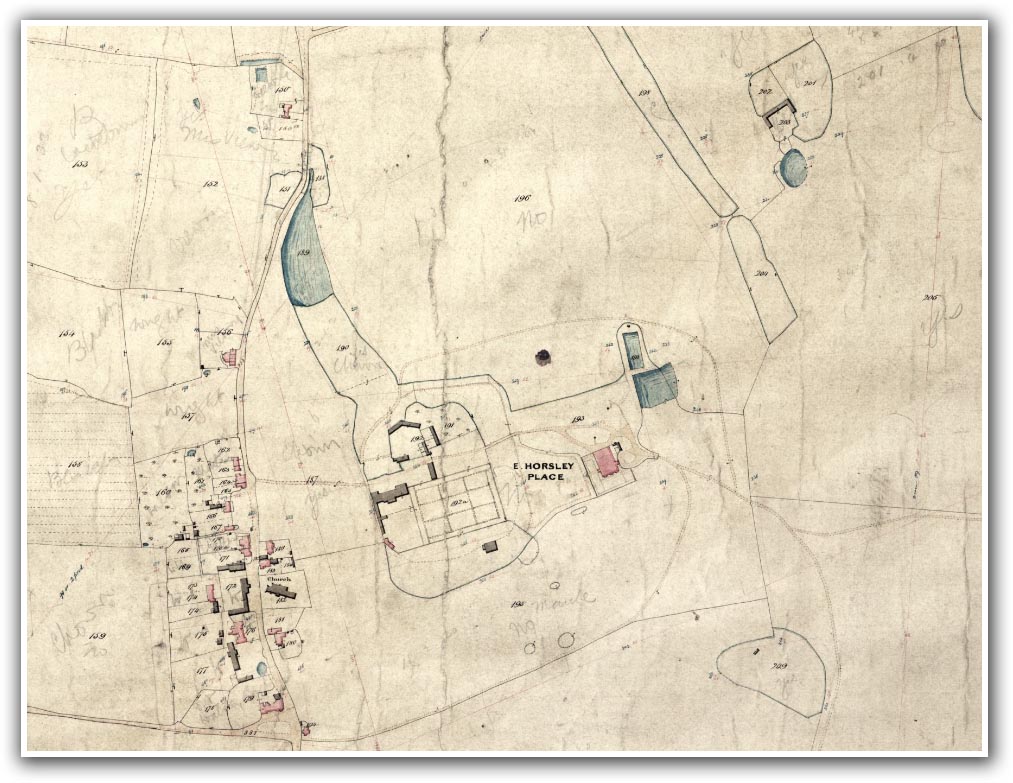