There are increasing numbers of resources online for tracking down people names on war memorials.

There are believed to be more than 60,000 war memorials in the UK, although a precise number is hard to pin down, especially with some hidden or forgotten after vandalism and disrepair.

Around 1,000 were first raised after the Boer War (and then almost exclusively commemorating officers), but most were erected after World War One, reflecting the impact of the war on every community across the country: this was a war fought by ordinary men from every village and town rather than professional soldiers.

Although we typically think of British war memorials as stone crosses standing in a corner of a settlement, they can take many forms. The Imperial War Museum's War Memorials Archive, for example, documents everything from plaques in churches, schools and bus shelters to sundials, memorial trees, and even an island.

The information on war memorials of use to family historians varies considerably - it may just be a name (perhaps with only an initial instead of a forename), but in some cases it may list the person's rank and/or unit, where and when they died, or their age, service number and other personal information.

There has never been a centralised scheme for setting up war memorials - they have always been community based, hence their variation and of course their interest as objects of architectural and local historical interest as well as for people related to those named. Sometimes there may be errors or omissions, and even today there are local campaigns to add names which should have been there many decades ago.

1. Go to www.thegenealogist.co.uk/search/military/war_memorials and log in to your account. Let's search the war memorials database for a W Smith in Worthing - here we're using the advanced search options to narrow down results for a common name.

2. Here are the three results. We now have various options available via the icons at the right.

3. The first icon brings up a high resolution photo of the original inscription on the war memorial - here just the common list of names. 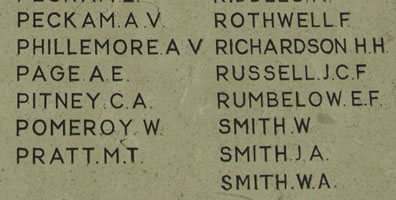 4. The second icon provides a transcription of the individual's details available, showing the war the memorial relates to.

5. The gravestone icon opens a window with a series of thumbnails of other pictures of the same memorial. Clicking on them brings up the full size images. 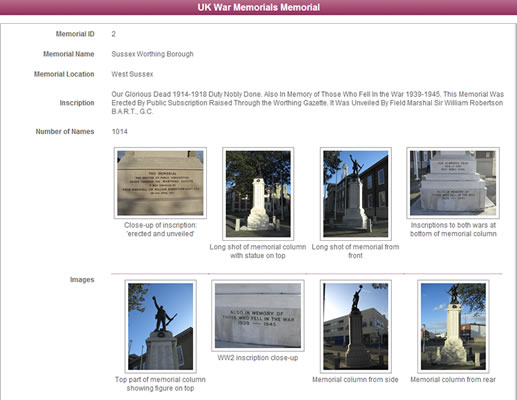 6. Below the thumbnails is a Google Street View map showing exactly where the memorial can be found. 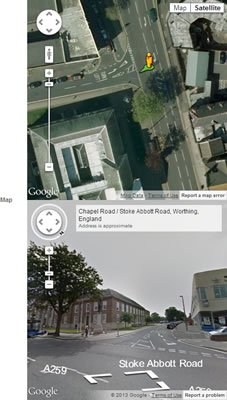