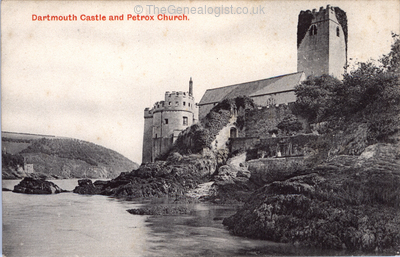 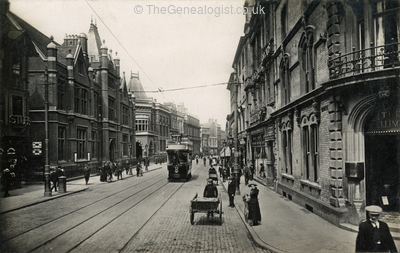 If you enjoy researching your family history then you probably already understand the thrill of uncovering another ancestor in the census records or in parish registers. A collection of names and dates, however, can make for a somewhat dry family tree. Family history, on the other hand, is all about assembling these facts and then adding to them some context with an understanding of the times and places that out ancestors lived in. To make our ancestors' story blossom, and so much more interesting to look at, I always like to add to the mix a little bit of social history.

One of my favourite ways to do this is to look at images for the past. With a picture of a town, where an ancestor worked, or the church where they married and baptised their children, family historians can get a real feeling for what life was like in the times of their ancestors. In my own quest, to follow a line of my family who left Gloucestershire in the late 18th century, I discovered the baptism of their child in 1798 at St Petrox Church, Dartmouth in Devon.

You don't need a subscription; just go to TheGenealogist.co.uk and select the Image Archive tab. I entered 'Dartmouth' into the keyword box and a picture of St Petrox was one of the first images returned. I could see that the church in question was right at the river mouth and overlooking Dartmouth Castle.

The child grew into a young woman and got married, at St Saviour's, also in the town. Sadly some of her children were to be buried within its churchyard which is shown in the picture. The Image Archive thus gave me a sense of the place where my ancestor's last resting place is.

To use this great free resource, which is constantly growing, simply head over to TheGenealogist website and select the Image Archive. You do not need to sign in although Diamond account holders do get access to higher resolution images to view and download.

If our forbears served in the forces then finding pictures of the various conflicts can be very enlightening and in some cases we may even find a picture of an ancestor. To search for a person simply enter their surname into the title. For example 'Cleland' produces a picture of Alan H Cleland in the uniform of the Artist's Rifles.

A unique feature of the Image Archive is that some of the pictures are tagged as 3D. These photographs are available to look at in 'standard' form or in three dimension by selecting either 'WiggleGram' or 'Red-Blue'. They are produced from the stereogram pictures that were popular in Victorian times and Red-Blue needs special glasses to see the effect while WiggleGram alternates the two images to produce 3D. There are 3D images of places and people from the past and even dramatic war scenes to give us a flavour of our ancestors' world.

To access the 3D images enter the keyword '3D' and it will show you a list of all the 3D pictures. You can refine this with another keyword such as 'Boer War' or 'WW1'. 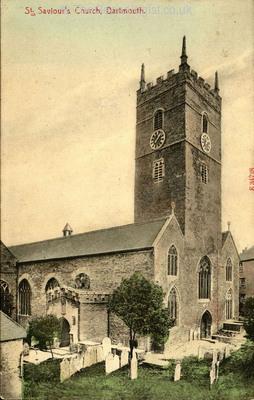 When searching for a forebear's town, city or village, the pictures may show a street scene that is somewhat recognisable to its appearance today, and yet also quite different. Perhaps where nowadays the road would be clogged with cars, both parked and dashing by, in the old images it is predominantly pedestrian. There could be the odd horse drawn transport to be seen. Or maybe it is a city vista filled with long gone trams trundling down lines in the road and with power cables interlaced overhead. You may view people clothed in period costumes; old fashioned shop fronts, with produce hanging outside, and so on; the atmosphere from the times captured forever in the lens of some long gone professional photographer.

I have written above about finding an ancestor baptised in Dartmouth and discovering the church in the Image Archive. From further research, done in the census records on TheGenealogist, I found that in 1841 the family was living in Duke Street, Dartmouth and a search for the town finds me an image of the Old Butterwalk that was but a few doors down from where my ancestors lived. 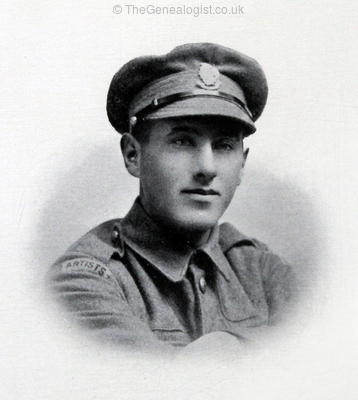 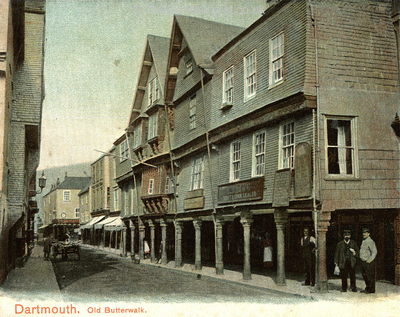 My great-great-great grandfather's occupation was listed in the 1841 census as a 'shoemaker'. The Image Archive can help us get a better idea of what our ancestors did and perhaps shed light on the tools of your ancestor's trade. To easily find an occupation search by looking for it in the title, rather than as a tag.

By the 1930s my grandparents lived and worked in Birmingham and my father attended King Edward VI School Five Ways, Birmingham for a short time. The area today is a huge three lane roundabout – always very busy with vehicles and having pedestrian underpasses in order to get from one street to the other. From the old images on TheGenealogist it seems that once it was a really atmospheric setting with trees, a horse drawn carriage, a man on a bicycle, several men lounging about against wrought iron bollards and not a car, bus or lorry insight. The fancy building on the right with turrets and finials was King Edward VI School Five Ways, where my father was once a schoolboy.

I am also fascinated by local history. To see what places, in which I have lived and know quite well, looked like in days gone by is fun. The Image Archive is fully searchable using the title of the photo itself, or you an just add a keyword to narrow down your search as I did to look at St Aubin, a village in Jersey, which is a place that is particularly well known to me being on my doorstep when I was a child growing up in the island. I can recognise buildings that are still there today, such as part of the current convenience shop that can be seen, which was, circa 1900 when the photograph was taken, the Beresford's General Supply Stores. 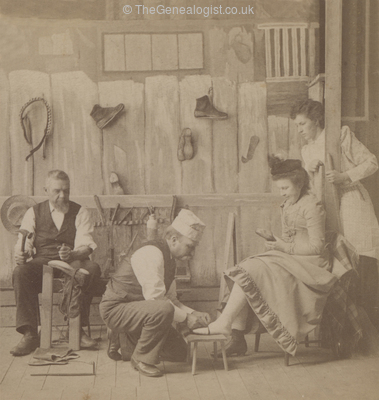 To help you find photos of interest, quickly and easily, there's a selection of main search categories and sub-categories to choose from. With hundreds of unique 3D photos, that really bring the past to life, and thousands of standard images dating from 1850 to 1940 you can relive the past through the eyes of your ancestors, or witness the hustle and bustle of market days and the drama of war with TheGenealogist's Image Archive: www.TheGenealogist.co.uk/imagearchive.

For Diamond subscribers to TheGenealogist there is further access to the Image Archive that will allow the download of the images in a high resolution format for the greatest possible clarity. 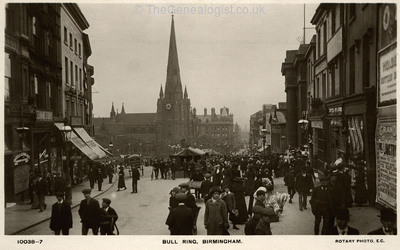 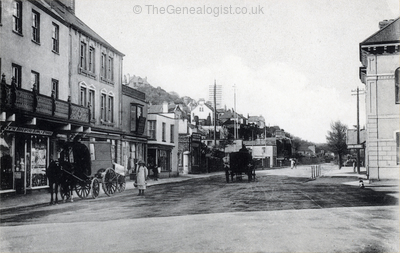