Get your research on track

From the mid-19th century onwards the railways employed many people in a wide variety of roles - now many of their work records are going online.

These people were not just stationmasters, porters and train drivers - there were of course many labourers extending the network sleeper by sleeper and maintaining the tracks. Also, there were accountants, architects, surveyors, clerks, inspectors, signalmen, gardeners and much more besides. In fact, almost 200 different railway-related occupations have been identified in staff records.

All of this is reflected in a huge and still growing collection of railway employment records newly launched at data website TheGenealogist. The site began its railway collections with staff records from the Cornwall Railway - a triumph of engineering from Isambard Kingdom Brunel (with the Royal Albert Bridge across the River Tamar being the showpiece of the network) but a financial disaster zone which led to its absorption by the Great Western Railway only 40 years after the project had begun.

It has now added many more records, covering more than 50 counties across England and Wales and even the Isle of Man (which got its own railway network in the 1870s).

There are more than 1.3 million records available in the collection already, with many more in preparation - you can search them at TheGenealogist.co.uk. Advanced search options include filtering by county, date of birth and keyword - the latter in particular is useful for narrowing down by job. The records typically also show where the person was based and can often be used to follow the progress of their career, especially when combined with research in the site's census records. 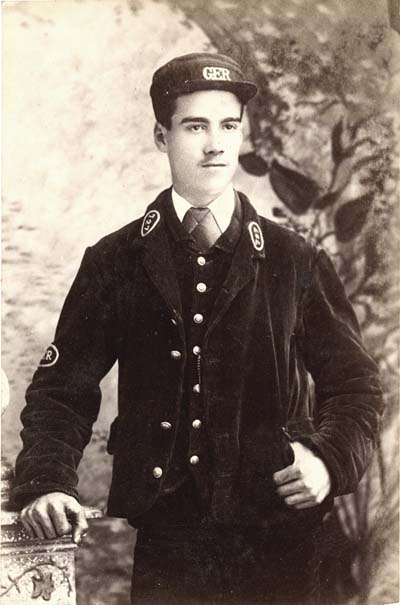 One of the worst ever disasters faced by the Great Western Railway was the train crash at Shiptonon-on-Cherwell in Oxfordshire on Christmas Eve, 1874. A little north of Oxford the train's fireman James Hill spotted a passenger waving his hat out of the window of one of the third class carriages. The crew only identified what was wrong a mile or two later, by which time it was too late. The driver, Henry Richardson, spotted snow and dirt flying off the wheels of the same carriage as the train approached a wooden bridge over the River Cherwell and the Oxford Canal.

The London to Birmingham express was packed with people - as many as 500, according to the ticket records - and an extra, older carriage had been added at Oxford to help alleviate the pressure. This carriage had a broken tyre and, coupled with an inadequate braking system, it was crushed when the driver put on the brakes and the carriages behind derailed. A total of 34 people were killed and around 70 injured - a plaque at the bridge commemorates the disaster to this day.

An investigation by Colonel William Yolland of the Railway Inspectorate highlighted various safety problems and recommended an improved type of wheel to be fitted to trains in the future, as well as a new, telegraphic method of communicating between the engine and the rest of the train. Eventually automatic brakes were also fitted in the light of the knowledge gained from this crash.

A Mr C Day, who had been a passenger on the train, gave an eyewitness account of the aftermath of the accident: "We continued helping one and another until I was literally exhausted... Some help was obtained from the neighbourhood, but so little that they telegraphed to Birmingham, and a special train brought 100 labourers. Surgeons were also telegraphed for. One surgeon from the neighbourhood was most active, and used the splinters to set broken limbs, and tore up one lady's petticoat for bandages, and in the midst of his labour one fellow stole a watch and chain. They detected him, and he would have been lynched had not the police arrived in time, for broken telegraph wires were tied round his body and they were just going to drag him through the canal. The wires were broken by the carriages, which seemed as though they reared up in the air." 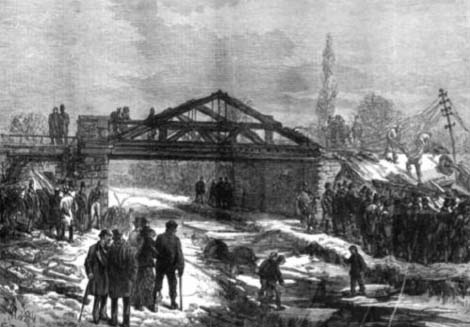 The unscrupulous thief he mentions is identified in newspaper reports as a 20-year-old gasfitter, Henry White, whose victim was solicitor Thomas Brown.

Right: The scene of the crash shortly after the event, depicted in the Illustrated London News (available at www.thegenealogist.co.uk)

Several of the railway staff involved in the crash can be found in TheGenealogist's new collection of railway staff records. Multiple records for individuals typically show different stages of their career. Henry Richardson appears twice, giving his year of birth as 1821. William Yolland is listed twice as a railway inspector based at Paddington, London (in 1877 he became the country's Chief Inspector of Railways). Another key figure listed is Frederick Bell, the stationmaster at nearby Kidlington. He saw the train rushing through, and later the first passenger running back down the track after the accident. Another inspector, Charles F Dodson, who was on the rescue train, is listed in the online records with date of birth 1820.