Nick Thorne discovered an unexpected literary connection to his family

A visit to Richmond in Surrey recently found me standing on The Green looking at a Queen Anne house which I knew had been the address given by a WWI soldier in his attestation documents when he joined the Royal Engineers. In 1915 the property had been an architect’s office and the man who had used its address in the official papers had been a partner in the practice established there. Frank W Brewer was my step-grandfather, having married my widowed grandmother many years later. So, while not a blood relative, to me he was part of my family when I was a young child growing up.

Number 11 The Green, the building that I was interested in, sits on an attractive urban grassy square framed with broadleaf trees that covers approximately 12 acres in the centre of the town. It has a long history of hosting sporting events; from the 16th century onwards tournaments and archery contests would have taken place here, while cricket matches have been played here since the mid 18th century to the present day. The open space is framed by a mixture of period town houses, historic buildings and includes Richmond Lending Library and Richmond Theatre.

In a previous occupation I owned and ran a bookshop and so I was interested, on my visit to Richmond, by the fact that one of the former residents of The Green had been Virginia Woolf. The novelist and her husband, Leonard, had lived in some rooms at number 17 The Green around the time that my step-grandfather had offices at number 11 nearby. As I was in Richmond to research Grandpa Brewer I had a number of addresses taken from my census research on TheGenealogist that I was looking for and so I was fascinated to see that he was the last in a line of three generations of architects from the town.

Having seen the office, I then decided to set out to find one of the properties where I had found him living as a 14-year-old boy under his parent’s roof in the 1901 census. Walking a little distance to Paradise Road (previously called Paradise Row) I knew that I was looking for 1 Suffield House, but it was not obvious from a first look at today’s streetscape if the house had survived or not. What I did find was a fine brick Georgian House that had a blue plaque on its wall declaring that Leonard and Virginia Woolf had lived there from 1915 to 1924 and had founded the Hogarth Press at the house in 1917.

Not finding the Brewers’ former family home, I resorted to Googling on my smartphone for any information that I could find and came up with the fact that Suffield House had been built in 1720 for Lord Suffield. At some stage, I read, it had been split into two houses with the right-hand side retaining the name Suffield House and the left-hand side becoming… Hogarth House. Further investigation told me that the Woolfs had leased the left-hand house from Mrs Ida Brewer, whom I immediately recognised from my census research was my step-grandfather’s mother! Realising that I was actually looking at grandpa’s childhood house and also the home of the famous literary pair took me by surprise. 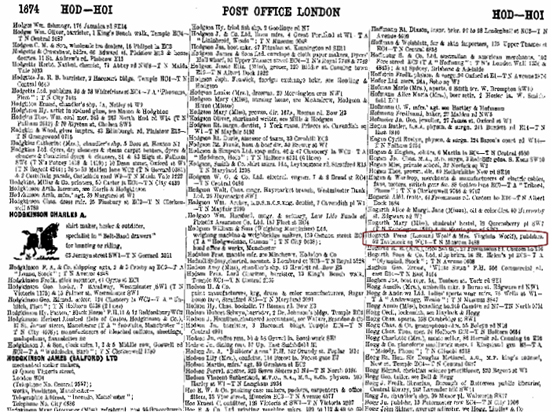 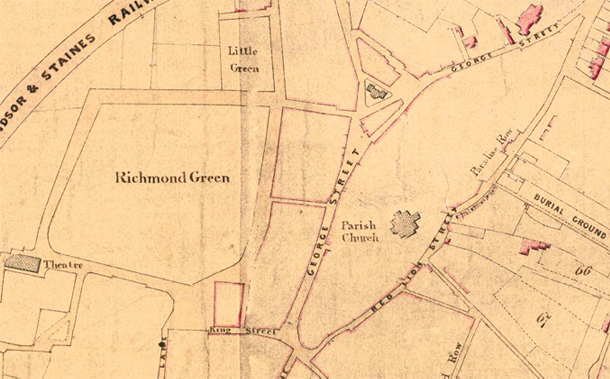 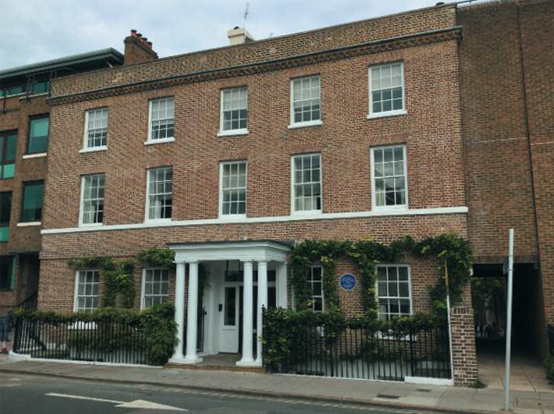 Reading further online sources I learned that, as the Hogarth Press expanded, the building reverted to being one property once again and it has remained so to this day. The Woolfs would continue in residence there until 1924 when they moved back up to London and by searching the Trade, Residential and Telephone records on TheGenealogist we can find the address in Tavistock Square to which they moved.

In her time at Richmond, Virginia suffered from a mental breakdown and had to have nurses living in to look after her at Hogarth House. Eventually she recovered from her illness and while resident at the address she wrote and published Kew Gardens, Two Stories, Monday or Tuesday and Jacob’s Room between 1917 and 1924.

Why, I wondered, as a former bookseller, did I not know that my step-grandfather’s family had been the famous author and publishers’ landlord for a time? I assume that it was because I was 11 when Grandpa Brewer passed away and I can only think that I never paid much attention, at that age, to any stories that he may have told of his own time living in Richmond. Nonetheless I am baffled as to how I spent years selling books written by Woolf, or published by the Hogarth Press, without ever thinking that there was a connection, however slight, to a member of my family.

My interest piqued when I returned home I then began researching the literary couple and soon discovered just how many connections they had in the book world within their own family. Virginia was born as Adeline Virginia Stephen on the 25 January 1882 at 22 Hyde Park Gate in Kensington, London. Her parents were Julia Prinsep Duckworth Stephen and Sir Leslie Stephen (1832–1904). Her father had been an author and critic while Virginia’s mother, Julia Stephen, had been born in British India to Dr John and Maria Pattle Jackson.

By using TheGenealogist’s census collections we can find Virginia in the 1891 census recorded as Adeline V Stephen in the Hyde Park Gate home of her parents. Her father and her mother had been married before, both having lost their spouses and so Virginia was brought up among siblings from her parents' previous marriages. Keeping up the literary connections her half brother, Gerald Duckworth would go on to found the book publishing company that still bears his name today. Her father Leslie had previously been married to Harriet Marian Thackeray (1840–1875), the daughter of 19th century novelist, writer and author William Makepeace Thackeray, and they had one daughter: Laura Makepeace Stephen. 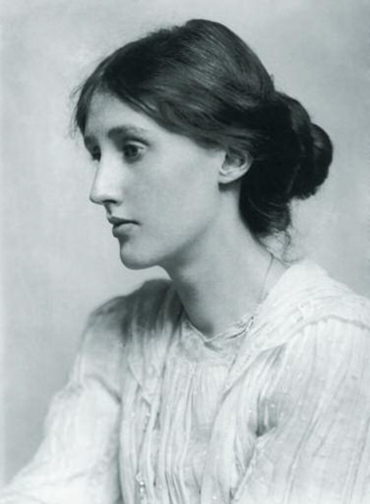 ‘Virginia was brought up among siblings from her parents' previous marriages’ 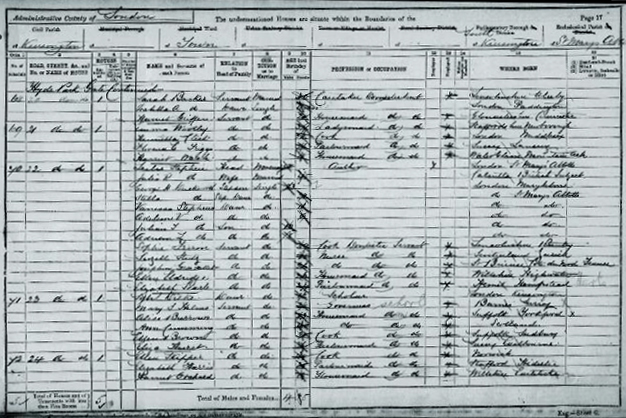 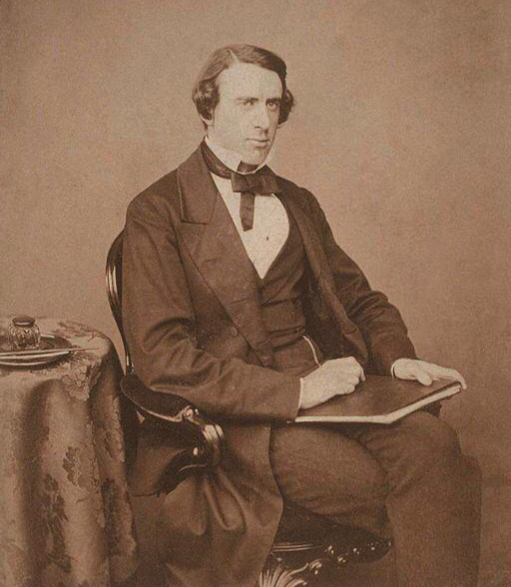 Virginia’s father, Leslie Stephen, had been born at Kensington Gore in London. He was the son of Sir James Stephen and Lady Jane Catherine (née Venn) Stephen. Leslie’s father was Colonial Under Secretary of State and a noted abolitionist.

Leslie Stephen’s family had belonged to the 19th century Church of England social reformers known as the Clapham Sect. After studying at Eton College, King's College London and Trinity Hall, Cambridge, where he graduated BA in 1854 and MA in 1857, Stephen remained for several years as a fellow of the college and a tutor while being ordained as an anglican clergyman.

By looking for Leslie in the Post Office Directory of Cambridge 1858, within the Trade, Residential and Telephone Directories on TheGenealogist, we can find him listed as a tutor at Trinity Hall and as a Reverend. His faith, however, was to desert him and he left the church to become a journalist in London.

Turning then to TheGenealogist’s Occupational records we are able to discover more about Sir Leslie Stephen in the Who’s Who 1897 and see that he had become the editor of the Cornhill Magazine and the Dictionary of National Biography. There is also an extensive list of books that he wrote showing how writing would have been in Virginia’s genes, as the daughter of a literary man.

Virginia’s husband, Leonard Woolf was born in London in November 1880, the third of ten children of Solomon Rees Sidney Woolf and Marie (nee de Jongh). Sidney Woolf, as Leonard’s father was known, was a barrister and of the Jewish religion. TheGenealogist has a number of Jewish Chronicles and Jewish Seatholder records which can be searched and we find Leonard with his Tavistock Square address and telephone number in The Jewish Year Book 1929. In another record from the same publication released in 1904 Leonard’s sister Bella Sidney Woolf is listed as an Authoress and Journalist.

What type of work she did is revealed by an entry that I found within a number of those that mentioned her in the pages of the The Jewish Chronicle. This paper, digitised by TheGenealogist, refers to how she was becoming quite a prolific writer of children’s books by 1907. From authors to publishers this research continues to return a recurring literary theme!

Having begun from a desire to see the childhood home that my stepgrandfather was recorded in the census collections as having lived in as a schoolboy, my foray to Richmond soon sent me in a different direction altogether. My interest in books from my former occupation as a bookseller drove me on to research in the records of TheGenealogist to find out as much as I could about Virginia Woolf ’s family tree. What was so noticeable, as I proceeded, was the unusual number of writers and publishers that were a feature of many of the records that I found in the Woolfs’ family. A literary gene certainly ran through their family. 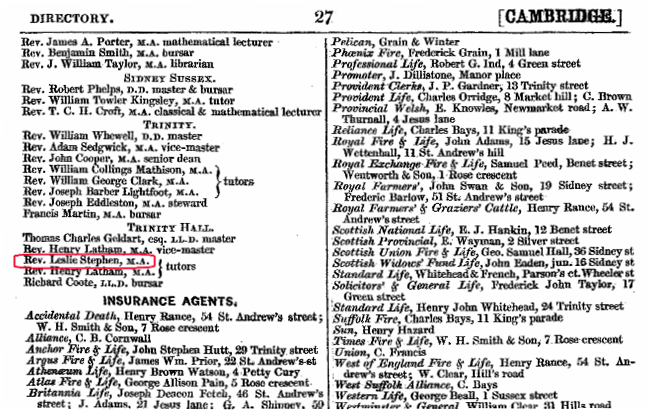 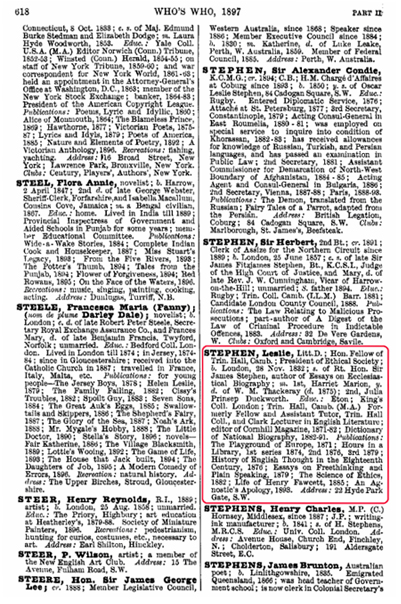 Who’s Who 1897 from TheGenealogist’s Occupational records 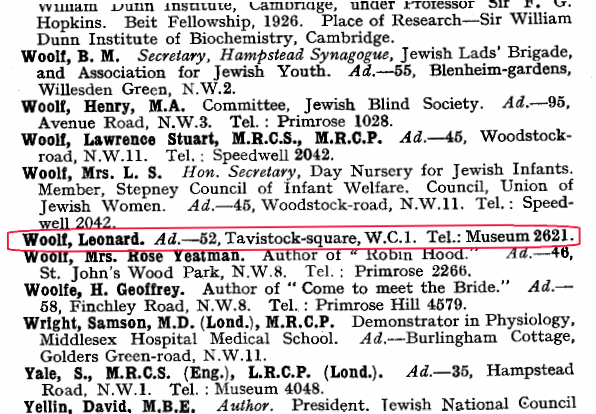 The Jewish Year Book 1929 on TheGenealogist 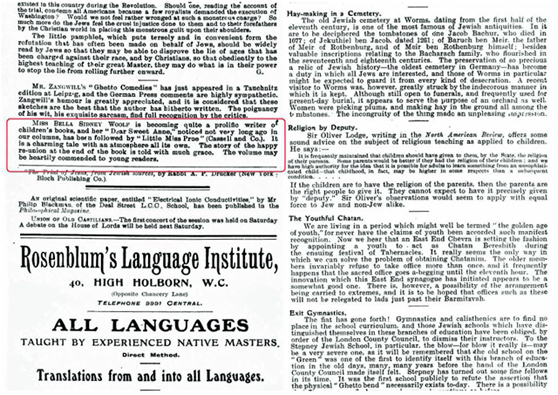