Hampshire and the Isle of Wight 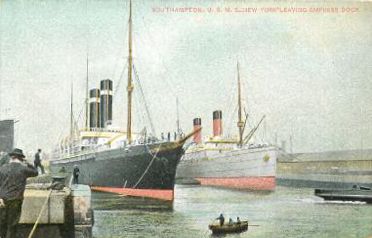 For several centuries Hampshire’s county town of Winchester was a more important settlement than London. In Roman times, as Venta, it became the capital of the Belgae in Britain. After the Romans, Hampshire emerged as the centre of what was to become the most powerful kingdom in Britain, the Kingdom of Wessex.

By the Norman conquest, London had finally overtaken Winchester as the largest city in England, but it remained a city of importance. From the 12th century the county’s ports grew in importance, fuelled by trade with the continent, wool and cloth manufacture in the county, and the fishing industry, and a shipbuilding industry was established. By 1523 at the latest, the population of Southampton had outstripped that of Winchester.

Over several centuries a series of castles and forts was constructed along the coast of the Solent to defend the harbours at Southampton and Portsmouth. These include the Roman Portchester Castle which overlooks Portsmouth Harbour, and a series of forts built by Henry VIII. Southampton and Portsmouth remained important harbours when rivals such as Poole and Bristol declined, as they are among the few locations that combine shelter with deep water. Southampton has been host to many famous ships, including the Mayflower and the Titanic, the latter being staffed largely by natives of Southampton.

Hampshire played a crucial role in World War Two due to the large Royal Navy naval base at Portsmouth and the army camp at Aldershot.

The county has in the past been called Southamptonshire and the name of the administrative county was only changed from ‘County of Southampton’ in 1959. Although the Isle of Wight has at times been part of Hampshire, it has been administratively independent since 1890 (it had a brief period as an independent kingdom in the 15th century). The towns of Bournemouth and Christchurch also fall within the traditional county, although now ceremonially associated with Dorset.

Hampshire was the departure point of some of those later to settle on the east coast of what is now the United States in the 17th century, giving its name in particular to the state of New Hampshire.

During the English Civil War King Charles fled to the Isle of Wight, believing he would receive sympathy from the governor, Robert Hammond. Hammond was appalled, and imprisoned the king in Carisbrooke Castle. In the Seven Years’ War, the island was used as a staging post for British troops departing on expeditions against the French coast.

The isle was primarily agricultural, with some brick-making, pottery and cement industries, as well as shipbuilding at Cowes. Queen Victoria made Osborne House on the Isle of Wight her summer home for many years and, as a result, it became a major holiday resort for fashionable Victorians.

Exclusive census analysis from data at TheGenealogist reveals that common surnames in Hampshire and the Isle of Wight in the 19th century included Cooper, Baker and Young; plus Knight, King, Carter, Cook, Hunt, Marting, Rogers and Newman were common in mainland Hants, and Wheeler, Morris, Salter, Saunders, Jolliffe, James, Dyer and Bull on the Isle of Wight.

Leading data website TheGenealogist.co.uk has a wealth of records for Hampshire. Here is a quick run-down of what you can find (in addition to national collections):