Learning about our forebears' occupations transforms our understanding of their lives. What's more their job title can be just the clue we need to identify our person from among many others who share their name. Let's get to work and start searching…

Occupational records are a useful addition to discover more about the work of our ancestors and can compliment any findings we may have made in the census records. They can even act as a valuable census substitute for before 1841, especially when the records reveal an address. TheGenealogist has many different occupational record sets to use, ranging from those actors and playwrights, through to apprenticeship records, directors, clergy, law, medical lists and more.

In the following example we are going to look for an apprentice to an attorney and then track them through their professional career. 'Attorney' is the name given, in English law, to someone appointed to act for another in business or legal affairs. For one of that calling our man goes by the rather unfortunate name of Mr Crook! Apprenticeship registers were kept by the Board of Stamps listing the money received in payment of the duty on apprentices' indentures with records from 1710 to 1814 searchable on TheGenealogist.co.uk.

Diamond subscribers to TheGenealogist can search these records by selecting 'Apprenticeship records' from the drop-down menu under 'Occupational Records'. This will open a search page where we can enter the information that we know, such as the approximate date and range of years.

From the 'Apprenticeship Records' on TheGenealogist, search by name of apprentice, master, or both. We selected 'Apprentice' and entered the name of our trainee, Thomas Crook. This returns a single result. From the results listing you can view a transcript and an image of the original document, as shown above.

The left-hand column has the name of the master (in this instance for our search, Geo Stanway), the central one has the master's address and occupation (Bucklesbury, London, attorney) and the right-hand one the apprentice's name (our Thomas Crook).

The apprenticeship records also reveal the date of duty, which was when the stamp duty was paid by the master. This could be at the beginning of the apprenticeship, or right up to a year after the expiry of the indenture. From the transcript we also know that Thomas Crook's apprenticeship began in 1790 and was for five years, so following this we should be able to trace his career. 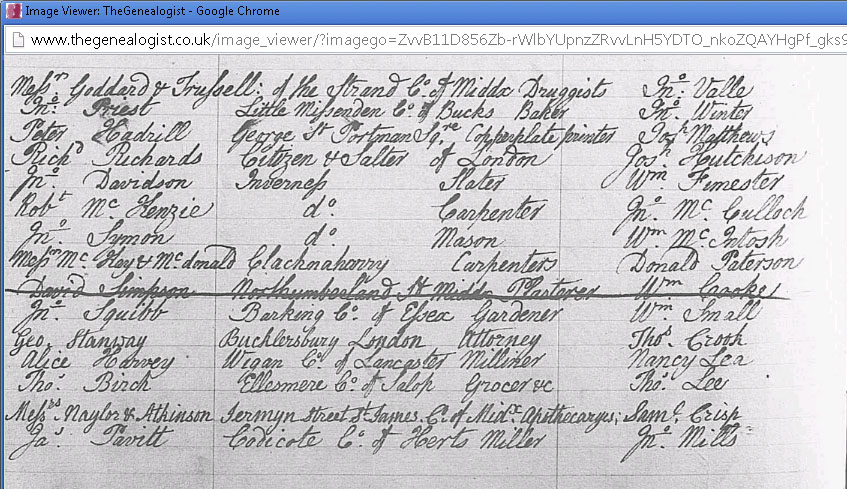 Once he's completed his apprenticeship we can search for Thomas in trade directories.

From TheGenealogist search page select 'Directory records' , then 'London', and enter Thomas Crook along with a date of 1820, +/- 25 years - to cover a 50-year span from 1795 when his apprenticeship ended.

From the results we can find that in 1825 Mr Crook has set up at Baldwin's Court in Cloak Lane, London.

With trade directories not only can you find a person's trade premises address, but often their residential one too. 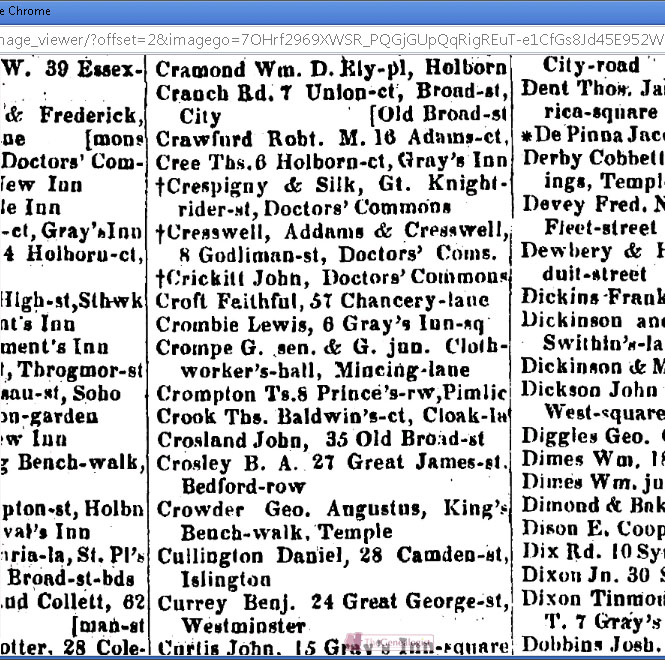 In addition, TheGenealogist's vast range of occupation-specific record sets hold many further clues, which can reveal details about our ancestors' evolving career, positions and perhaps even qualifications throughout their lives.

The result above shows Thomas listed in an 1824 Law List. The address - Baldwin's Court, Cloak Lane - tallies with that shown on the trade directory previously.

By searching across a range of records we can begin to understand the details of our ancestors' working lives more fully. 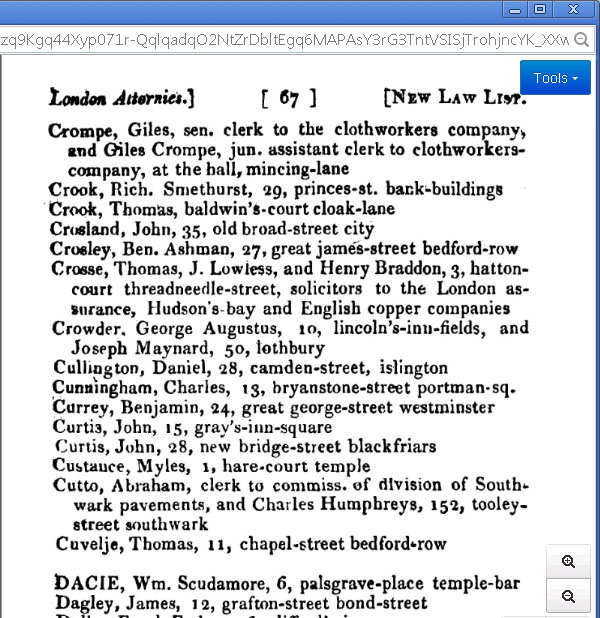