On the north side of Ludgate Hill in Elizabethan times, there once stood a theatre where plays were performed in the yard of an important City of London coaching inn. Even after the performers had moved on, La Belle Sauvage continued its hotel business until part of the yard behind the premises became the long-term home of a publishing business.

The inn’s history has been traced back to at least 1420 by Herbert Berry in his piece The Bell Savage Inn and Playhouse in London. In an article available in TheGenealogist’s newspapers and magazine collection from The Illustrated London News 11 June, 1892, we read that a Mrs Craythorne bequeathed the Belle Sauvage Inn to the Cutlers’ Company in the year 1568. Researching deeper into the records we can find that it was her husband, John Craythorne, who had owned the inn – his will dated 21 November 1568 can be found in the Prerogative Court of Canterbury wills collection on TheGenealogist.

John Craythorne, a citizen and cutler, left the property in this will to the livery company to which he belonged subject to a life interest of his widow Margaret. She, at his death, gave up her life interest to the Cutlers’ Company and at the time that they received the gift the intention was that it would provide funds for a scholarship at Oxford and another at Cambridge. Also the estate provided a larger sum for the benefit of the poor of the parish of St Bride’s as well as money for debtors in Newgate, Kings Bench, Marshalsea and Gatehouse prisons.

From inn to printing works

The inn survived through the 17th and 18th centuries but with the growth of the railways by the mid-19th century and taking away coaching business, it was becoming somewhat run down in parts. The Great Exhibition of 1851 saw businessman John Thorburn lease it and he refurbished the accommodation for paying guests. Then, in 1852, John Cassell’s publishing house and printing works moved into part of the premises and the writing was on the wall for the hostelry. The vibration from the printing presses so disturbed the hotel guests that eventually the presses won out over the visitors and the next year, in 1853, Cassell took over the rest of the property from a relieved John Thorburn.

Belle Sauvage yard now became synonymous with Cassells. A mention in The Illustrated London News on Christmas Eve 1881 referred to them as “The enterprising firm of Belle Sauvage-yard”.

The publisher who sold teas and coffee

It was not just the premises of the publishers that changed over time. The founder of the business had progressed through an interestingly diverse range of occupations. In the 1851 census on TheGenealogist James Cassell is found listed at Acacia Road. Not only was he a wholesale tea and coffee dealer, but he was a newspaper proprietor as well as a bookseller.

A search of the trade directories on TheGenealogist throws up a number of mentions for Cassell’s teas and coffees in a variety of advertisements from agents situated across the country. This shows us how popular his beverage brand had been at this time that his products were important enough to be used to attract business to the shops of advertisers trying to drum up trade to their own establishments.

John Cassell had been born in 1817 in Manchester and died in 1865. His life had not always been in the teas, coffee and cocoa business before becoming a publisher. At other times he had been a carpenter and a temperance preacher. The promotion of abstinence from alcoholic drink may have had its roots in his childhood as his father, Mark Cassell, had been the landlord of The Ring O’ Bells public house in Manchester before an injury made it hard for him to make a living. John Cassell was apprenticed to a carpenter and learned the trade. As a supporter of the temperance movement he signed the pledge at a time when alcohol use was a social problem among the poor. By 1836, having spent several months lecturing on teetotalism in Manchester, Cassell set off to walk to London. This mammoth journey took him 16 days with stops on the way to give talks about temperance to any audience that would listen. To support himself he did carpentry odd jobs along his route.

His next few years, now as an agent of the National Temperance Society, saw him tour the country on behalf of the movement, giving talks and taking total abstinence ‘pledges’. In 1841, while visiting Lincolnshire for the Society, he met the woman he would marry: Mary Abbott. From the civil registration records on TheGenealogist we can see that they married the very same year in Spilsby, Lincolnshire in the second quarter. Fortuitously, for the Cassells, Mary inherited an amount of money from her father which enabled the couple to put down roots in St John’s Wood, London, while also providing John the capital that he needed to invest in a business. It was not to be carpentry – he preferred instead to set up as a tea and coffee merchant. As we have seen, he was a great success with his products being distributed far and wide. The purchase of a secondhand printing press allowed him to produce advertising material and also temperance leaflets. This led to him beginning The Teetotal Times newspaper and a number of other publications, thus developing the second branch of his business interests.

In July 1848 he began producing a weekly newspaper called The Standard of Freedom, a publication that advocated religious, political, and commercial freedom. Cassell also released The Working Man’s Friend, a journal that achieved great popularity among its readers so that by 1849 Cassell’s interests were split between his publishing and his grocery business. It was the year 1851 that his expanding business concerns meant that he looked around for somewhere to base his printing and publishing arm and it was at this time that he began to rent part of La Belle Sauvage yard.

Now a significant employer, it is interesting to note that John Cassell appears as a victim of crime several times in the Criminal Records collection on TheGenealogist. One of which appears to be by an employee named Alfred Simpson who pilfered 90 printed books from John Cassell and his other masters. Simpson is recorded in the CRIM 9 Central Criminal Court: After Trial Calendar of Prisoners 1861 as having been found guilty and received 18 months in prison for his crime. 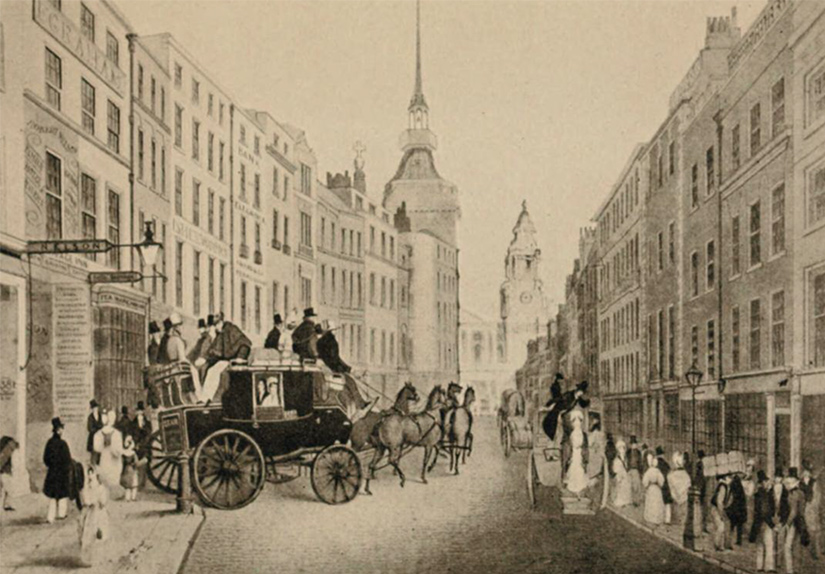 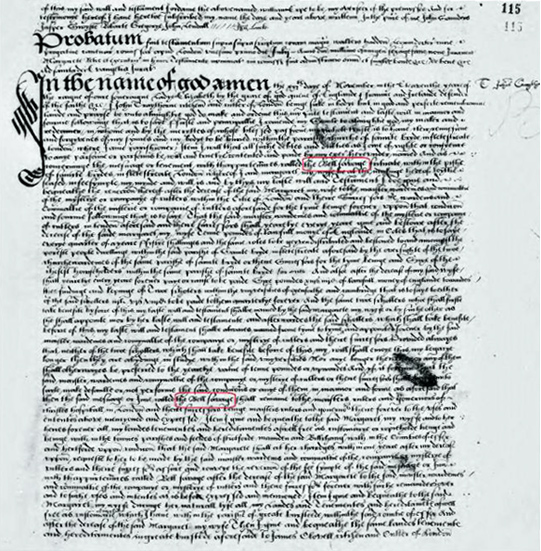 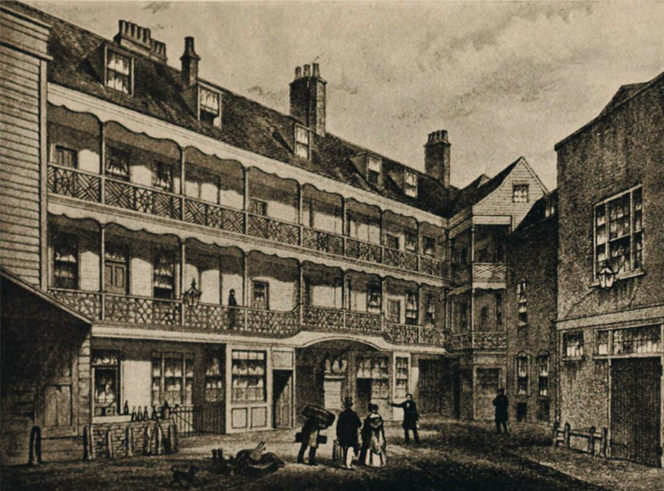 Central Criminal Court: After Trial Calendar of Prisoners 1861 on TheGenealogist 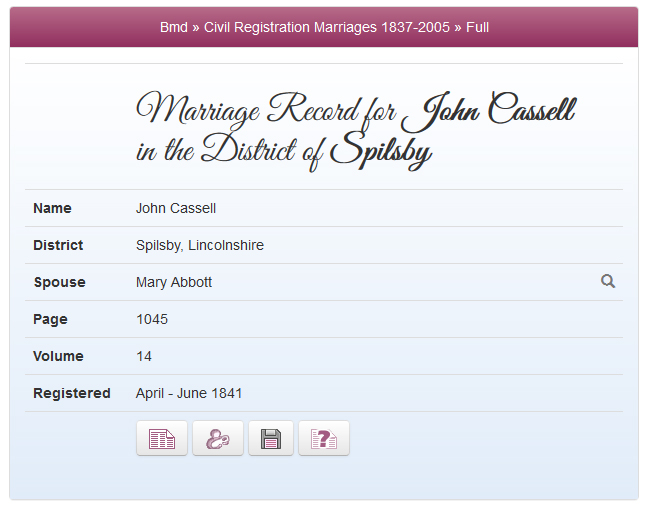 The Cassell’s Library series on history, biography and science had begun to appear as the publishing side expanded and then April 1852 saw Cassell begin the weekly Popular Educator. Gaining popular success for him and critical acclaim for the publication the magazine aimed to help its readers to continue their education. It was credited by no lesser figure than Lloyd George, the future prime minister of Britain, as having bolstered his own meagre childhood education and helping him to better himself.

We are able to find the Cassell’s print works in the 1910s courtesy of the legacy of this very politician. As Chancellor, Lloyd George introduced the People’s Budget of 1909/1910. This required a massive land valuation and occupation survey of the country creating records linked to maps of owners and occupiers. TheGenealogist is releasing these Lloyd George Survey records and accompanying large scale maps beginning in London and working outwards. Using this we can see the exact position of La Belle Sauvage Yard even though the former inn was demolished in 1873 to make way for a railway viaduct, with Cassell building new premises behind. La Belle Sauvage Yard was finally destroyed in 1941 by WW2 bombing and so there is no trace of it to be found on a modern map.

TheGenealogist will, in the next few months launch a New Augmented Map Viewer. This major development will allow family history researchersto map their ancestors’ homes from the 1830s up to the present day. The new Map Viewer, will mean that subscribers to TheGenealogist’s Diamond membership will be able to locate past as well as modern streets and so see the location of forebears from historic records. This unique tool will launch as the new enhanced method to view the Lloyd George Domesday Survey collection, with those Rate Books and Map records that have already been released on TheGenealogist immediately viewable using the augmented viewer. All new additions to this unique landowner set will in future be released using this powerful new resource. 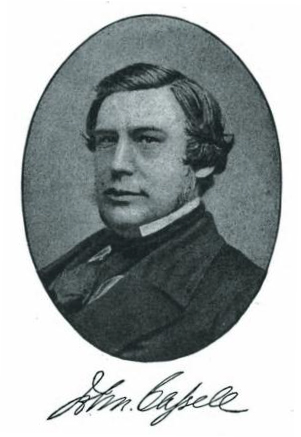 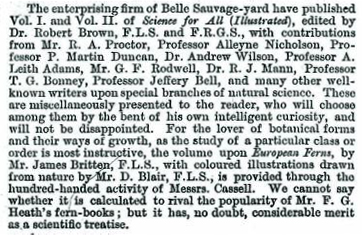 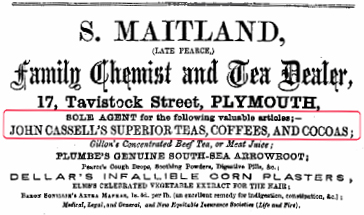 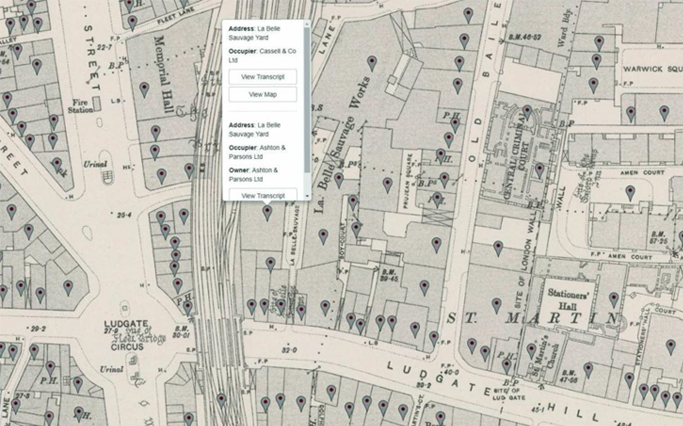 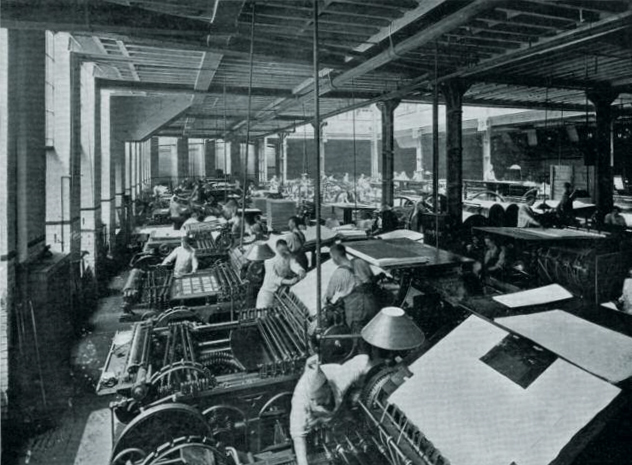