The history of limited companies in the UK really begins during the Industrial Revolution, which led to the founding of myriad new businesses, all of which, it became clear, needed a legal framework around which to set up and operate. It was also realised that in order for ‘ordinary’ people to set up businesses these needed to be legally declared corporate entities, separate from their owners: in other words, incorporated.

This means that a limited company has its own legal identity and has limited liability – its owners are not personally liable for debts and its finances are kept separate from personal money. It is run by a board of directors, profit after tax being shared among shareholders, ie those who own shares.

If you have an ancestor who was a company director then occupational records can provide a greater insight into his or her life. They can be used to supplement census records – and as some pre-date 1841 can be a substitute for these – and may contain additional information such as addresses. TheGenealogist.co.uk has a wide selection of occupational records, including, from 1936, the Directory of Directors. This 57th edition lists the directors of public limited companies which traded on UK stock markets, as well as their addresses and the companies under their directorship. Around 31,000 directors are recorded, and if your ancestor was a company director between 1926 and 1936 it is likely that he or she will be listed within the directory’s pages. 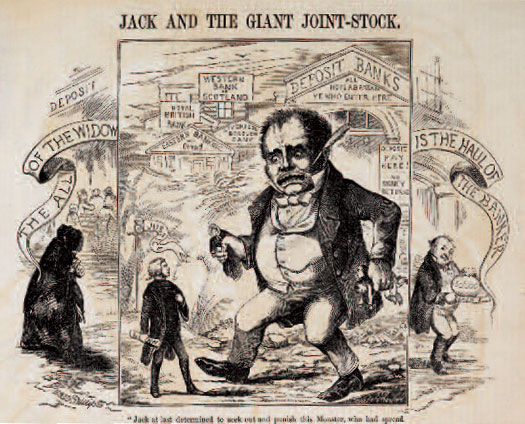 William Blackwood & Sons was a family run publishing house with offices originally on Edinburgh’s famous Princes and George streets. Founded in 1804, its well-read and respected Blackwood’s Magazine was printed between 1817 and 1980. Originally a rival publication to the Edinburgh Review, a Whig supporter, the Tory Blackwood’s comprised satire, reviews and criticism, and sold to a large audience.

Throughout its history the editors at Blackwood’s published names as grand as Shelley, Coleridge and Joseph Conrad, and it is said to have influenced the writing of no less than Dickens and the Bronte sisters. Contributors included Thomas de Quincey and George Eliot.

The magazine finally ceased publication in 1980, having remained for its entire history in the Blackwood family. The last Blackwood family member to run the company was Douglas Blackwood, the founder’s great-great-grandson. The company’s London base was destroyed during the Blitz, after which the firm never really recovered, finally amalgamating in 1980.

Douglas Blackwood’s father, James, occupation ‘Publisher’, can be found on the 1911 census along with his wife and two children, including one-year-old George. 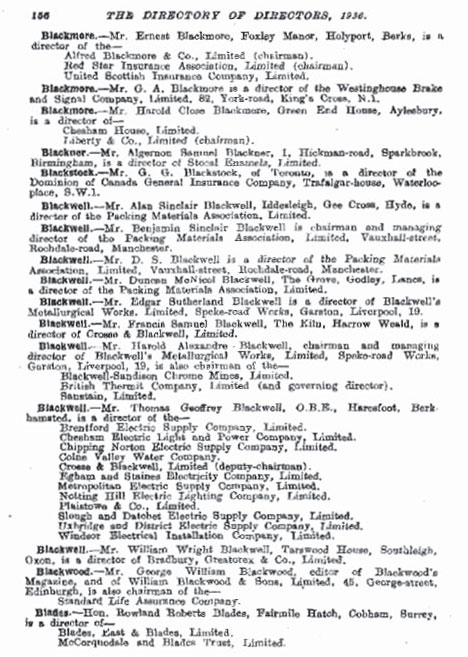 The 1936 Directory of Directors lists George William Blackwood (James’s brother and Douglas’s uncle) as editor of Blackwood’s Magazine, then based at 45 George Street, Edinburgh. He was also chair of the Standard Life Assurance Company