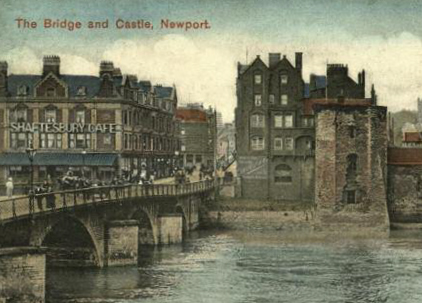 Monmouthshire is one of 13 historic counties of Wales and a former administrative county. It was formed from parts of the Welsh Marches by the Laws in Wales Act 1535. Between about the 5th and 10th centuries the Welsh Kingdom of Gwent covered a variable area roughly contiguous with Monmouthshire. At the time of the Domesday Survey in 1086 the Chepstow and Monmouth areas were, for accounting purposes, reckoned as parts of the English counties of Gloucestershire and Herefordshire respectively; the Normans built many stone castles in the region.

Monmouthshire’s Welsh status was ambiguous between the 16th and 20th centuries, with it considered by some to be part of England during this time; its legal inclusion in Wales was only clarified by the Local Government Act 1972, after which it was administered as Gwent (now the ceremonial county); in 1996 it was administered by various local authorities, including the smaller ‘Monmouthshire’, Newport, Torfaen and Blaenau Gwent.

The eastern part of the county is mainly agricultural, while the western valleys had rich mineral resources. This led to the area becoming highly industrialised with coal mining and iron working being major employers from the 18th century to the late 20th century. Today the largest five towns are Newport, Cwmbran, Pontypool, Ebbw Vale and Abergavenny.

Monmouthshire encompasses wild, mountainous areas typically used for sheep farming; dairy farms and orchards in the lowlands; river fisheries along the Wye and Usk; and a series of upland valleys in the west known historically for coal mining, but also for fire clay and some iron works.

Coal is said to have been worked in the reign of Edward I, but the industry lapsed altogether until it received new life from the construction of the canal between Blaenavon and Newport, begun in 1792 and completed in 1795.

Newport became one of the largest towns in Wales and the focus for the new industrial eastern valleys of South Wales. By 1830 Newport was Wales’ leading coal port, and until the 1850s it was larger than Cardiff.

The principal railway serving the county was historically the Great Western, but in the mining districts there were also various branches of the London and North-Western, Rhymney and Brecon and Merthyr systems. The Crumlin Canal from the Ebbw Valley, and the Monmouthshire Canal from Pontypool converge upon Newport, and the Brecon Canal runs north from Pontypool into the valley of the Usk.

Exclusive census analysis from data at TheGenealogist reveals that common surnames in Monmouthshire in the 19th century that stand out against Wales in general included Watkins, Powell, Phillips, Harris and Richards; plus Davis in 1841 and Smith in 1911. The population rose from 134,000 in 1841 to 418,000 in 1911, with agricultural and coalmining roles dominating occupations.

Leading data website theGenealogist.co.uk has a wealth of records for Monmouthshire. Here is a quick run-down of what you can find (in addition to national collections):