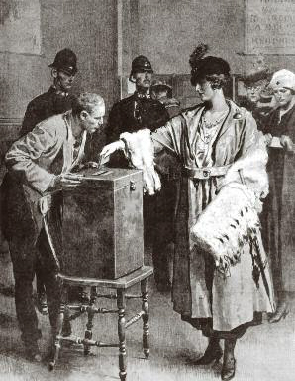 TheGenealogist has just released over 260,000 records into its ever growing Poll Book Record Collection. This useful resource for family historians can be used to find the address of an ancestor’s residence from the period before and after the census records. The newly released Poll Books records range from 1747 to 1930 and join records that also cover periods between the census years.

The release allows researchers to:

They join the millions of electoral resources on TheGenealogist which include electoral registers, voters lists and absentee voters.

TheGenealogist has just released the records of over 33,000 individuals for the Hounslow area into its property ownership and occupancy record set, the Lloyd George Domesday Survey. This is a unique online resource that includes maps and field books and gives researchers the ability to discover where an ancestor lived in the 1910-1915 period. By making use of TheGenealogist’s powerful Map Explorer the researcher can see how the landscape where their ancestor lived or worked changed over time.

The maps and residential data in The Lloyd George Domesday Survey records are sourced from The National Archives and are being digitised by TheGenealogist so that it is possible to precisely locate where an ancestor lived on large-scale, hand-annotated maps. These plans include plots for the exact properties and are married to various georeferenced historical map overlays and modern base maps on the Map Explorer. With this resource the researcher is able to thoroughly investigate the area in which an ancestor lived.