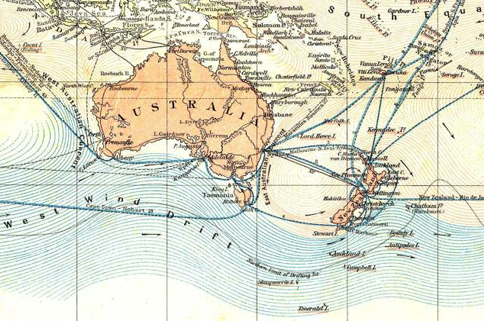 TheGenealogist has added to its Australian records a set of new resources which can be used to find ancestors who lived in this country in the past. These name rich resources are sourced from a diverse range of historical books and directories which can be useful for finding out information such as where ancestors lived and what their occupation was.

Use these records to:

You can also read TheGenealogist’s article, ‘Learning more about our Australian cousins and their lives down under’: https://www.thegenealogist.co.uk/featuredarticles/2020/australian-records-online-tofind-your-ancestors-1284/

To mark last month’s 80th anniversary of the start of the Battle of Britain (10 July 1940 – 31 October 1940), TheGenealogist released over 2 million new RAF records. These records not only cover this important fight for Britain’s survival, but also encompass all of the Second World War period for a number of squadrons. This release brings the total ORBs records to 3.7 million and are part of TheGenealogist’s extensive Military records collection. The ORBs are fully searchable by name, aircraft, location and many other fields, making it easy for researchers to find their aviation ancestors. These ORBs are the latest release to join TheGenealogist’s large military records collection which is always being expanded.

The ORBs provide a summary of daily events. Some are ordinary entries, such as the names of new pilots posted to the squadron, entertainment on the base, or even noting the fact that an officer has become engaged. Sadly, these ORBs also record the death of pilots, crashes, or names of airmen that were missing in action.