Pioneers in the sky

Among the many records to be found on TheGenealogist’s website are those of the Royal Aero Club (RAeC), the national body for air sport in the UK, founded in 1901 as the Aero Club of Great Britain. For the descendants of early aviators of the golden age of flight, when the romance, adventure and danger of flight firmly caught people’s imaginations, RAeC records can provide valuable details of careers.

In the first year of RAeC’s aviator certificates being awarded, 45 men were successful; by 1918, around 6,300 pilots were holders, which shows just how quickly flight was developing. Of the original 45, six were killed in flying accidents early in their careers.

Early attempts at flight were concerned with gliding or ballooning, but after 1903, when the Ohio-born air flight at Kitty Hawk in North Carolina, aeroplane flight was embraced. Originally, flight was considered a sport (and the presentday Royal Aero Club is the UK governing body for international sporting purposes and recreational flying), but just over a decade later the benefits of being airborne in the theatre of war were realised.

In 1914, General Ferdinand Foch was outwardly dismissive of the role of aviation in battle: “The airplane is useless for the purposes of war.” However, even though the first aeroplane flight had only been achieved a decade earlier, aviation was to play a central role in the Great War, so much so that by April 1918 the RAF had been formed from the earlier Royal Flying Corps. The human cost of aviation from 1914–18 was famously massive, with mortality rate for pilots extremely high, hampered by technological infancy, speedily trained pilots, and, of course, the danger of enemy attack. Of World War One flying aces, the best known is the German Manfred Albrecht Freiherr von Richthofen (1892–1918), the ‘Red Baron’, credited with 80 air combat victories. He too, however, was to die in the war, shot down and killed in April 1918.

The RAeC played a central role in training pilots to fly during the war. With air flight being such a recent invention, there were no military training bases. This resulted in pilots being Aero Club trained, and many also became members, so there’s a fair chance that if your ancestor flew aircraft during the 1914–18 conflict he will be listed in the Royal Aero Club – Aviators’ Certificates (1914–1926) collection available on TheGenealogist. The first woman to be found in the records is Mrs Hilda Hewlett (1864–1943), number 122, who qualified to fly in 1911. Most listed pilots are British, but records do include others from the USA, Poland and Russia.

By 1939 and the outbreak of the Second World War planes had developed hugely. Biplanes were still used in the early years of the war, but by 1945 jet aircraft were in use. 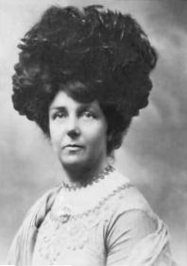 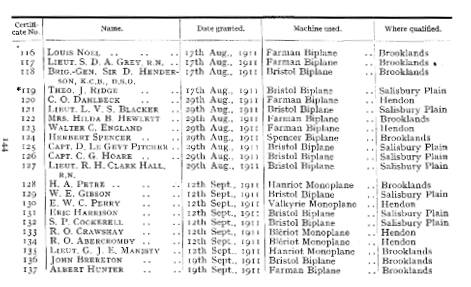 Hilda Hewlett was the first woman to gain a licence 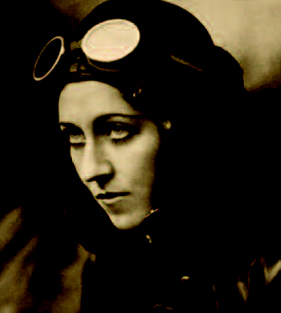 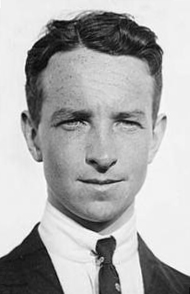 Thomas Sopwith (1888–1989) (Certificate 31) was awarded his licence in 1910, after teaching himself to fly. He had been inspired by John Moisant, who piloted the first cross-Channel passenger flight. Amongst the records he broke and firsts he achieved was the longest flight from Britain to Continental Europe, at 169 miles. This took him three hours and 40 minutes, and won him a sizeable prize of £4,000.

By 1912 he had set up an aviation company and began to produce his first plane. His most famous production, the eponymous Sopwith Camel, a single-pilot biplane, numbered around 5,500 manufactured during the Great War. In all, Sopwith Aviation supplied 18,000 planes during the 1914–18 conflict. Although he was bankrupted after the war, Sopwith set up a new company, Hawker Aircraft, producers of the famed Hurricane among many others. 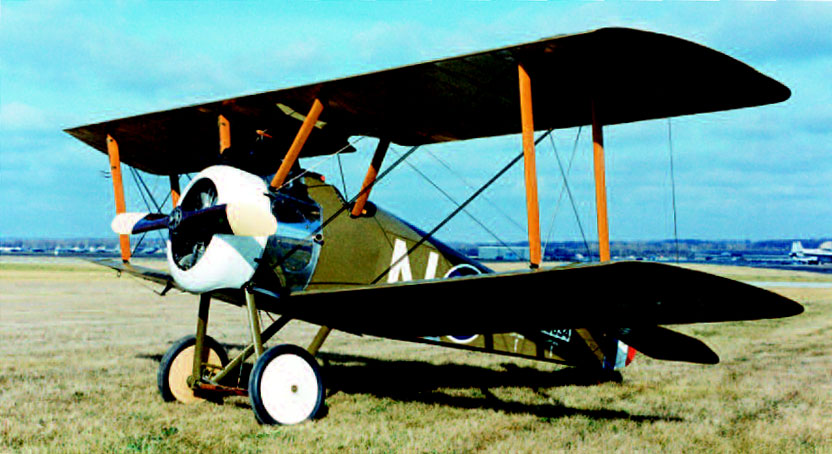 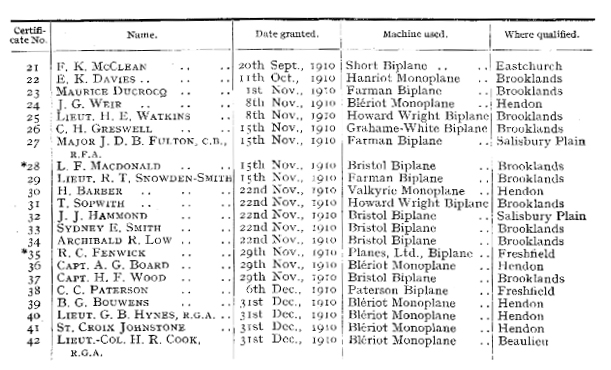