Queen of the Merseybeat

Born Priscilla White, the Liverpudlian lass always knew she wanted to be a star. It’s hardly surprising that she succeeded in her dreams given the grit and determination of her ancestors. Cilla’s maternal grandfather, Joseph Henry Blythen, is said to have walked the 35 miles from Wrexham in North Wales to Liverpool in search of work and a more prosperous life. When Joseph arrived in the 1890s, Liverpool was one of the busiest ports in the world, rivalling London and Glasgow. It had been granted city status in 1880, and its thriving industrial economy attracted thousands of migrants to settle there throughout the 19th century.

Cilla’s mother Priscilla Blythen was born in Liverpool in December 1911 and the census of that year shows her 27-year-old father Joseph working as a dock labourer, living with his wife Ellen and their three young children on Dryden Street, a stone’s throw from the network of docks that lined the north bank of the River Mersey. Funnily enough Joseph’s father Thomas Blythen had worked on the docks on the opposite side of the river in Birkenhead in the 1860s prior to getting married and moving to Wales. The Liverpool docks took a pounding during the Blitz, but the worst of the damage was done by the time Cilla entered the world in May 1943. ‘Little Cilla’ and her ‘mam’, known by the rest of the Blythen family as ‘Big Cilla’, were descended from a long line of Priscillas. Joseph Blythen’s mother Priscilla Simon was born illegitimately in Holywell workhouse in 1842. She was brought up by her grandmother, another Priscilla Simon (formerly Savage) who was Cilla Black’s 3x-greatgrandmother, born in North Wales in 1789, and who died a pauper in 1865. Little wonder, then, that Joseph sought out a better life for himself in the nearest big city, and good job he did, as the Liverpudlian music scene changed Little Cilla’s fortunes for good in the 1960s. 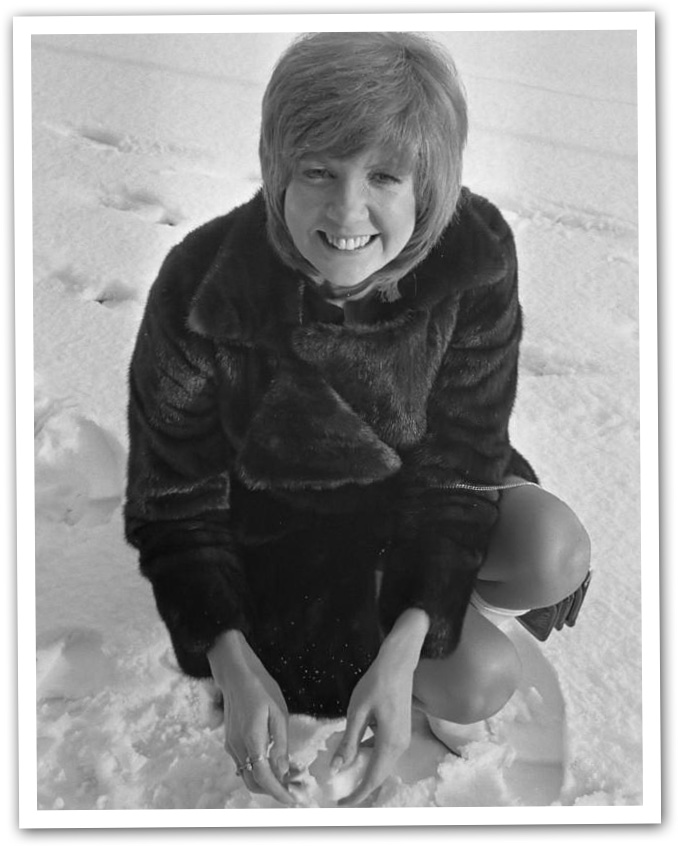 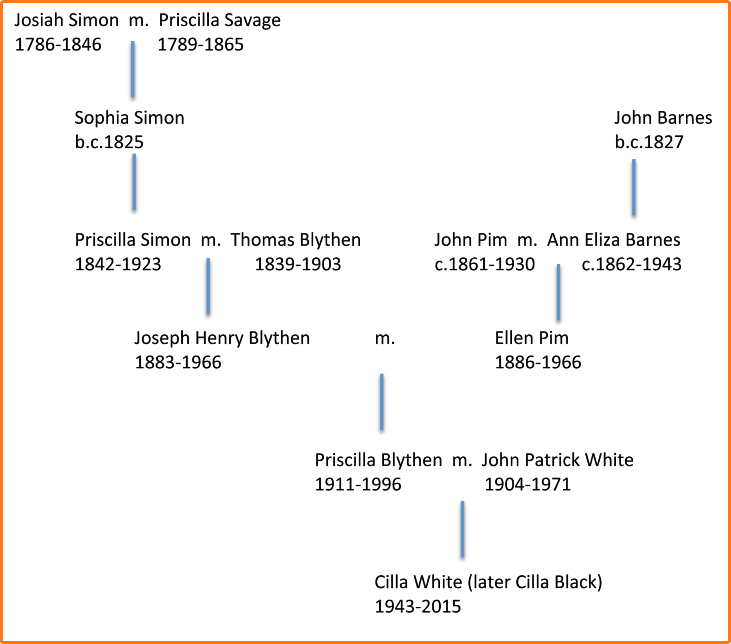 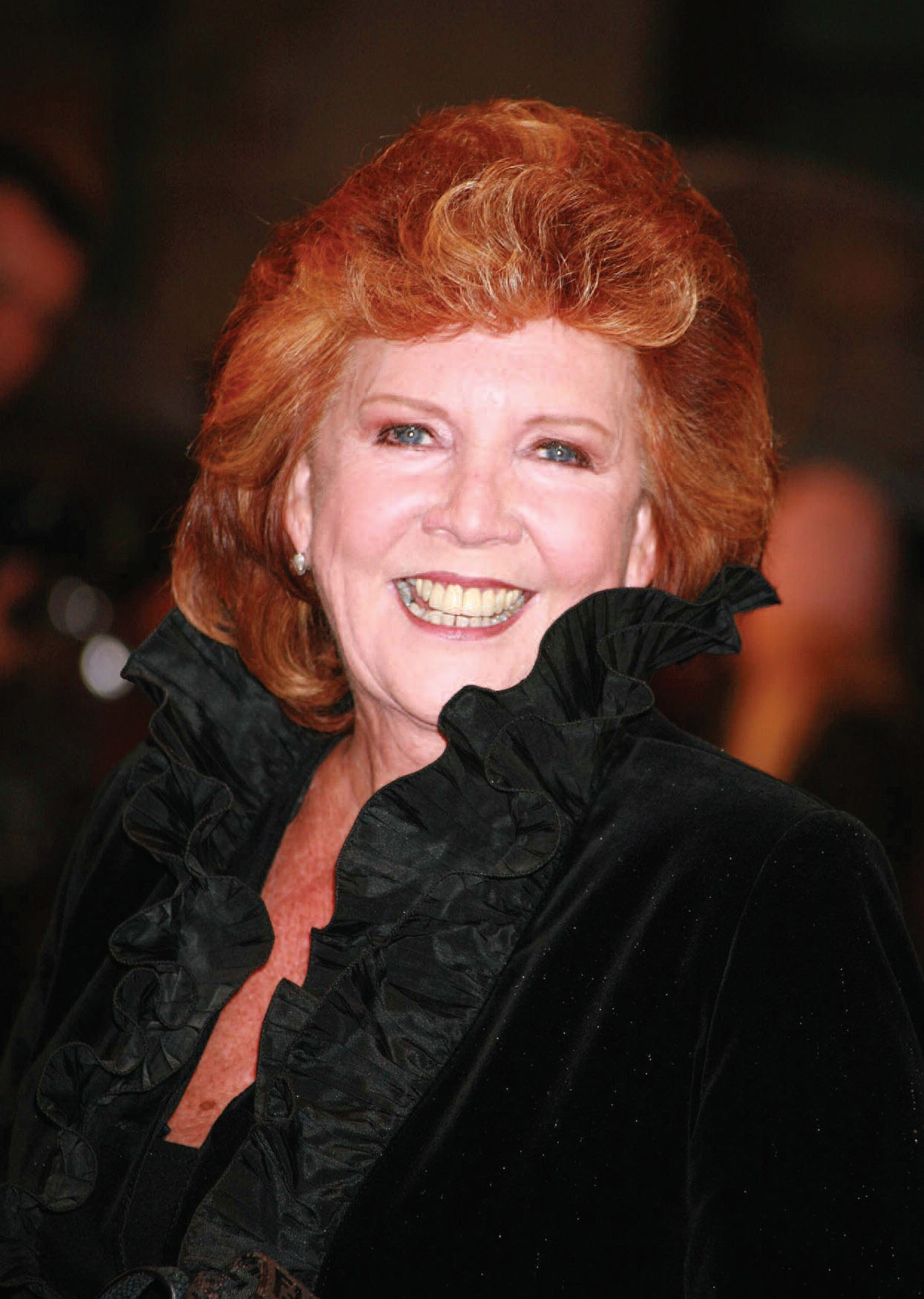 Merseyside gained a reputation for producing distinctive British beat music during the Swinging Sixties. Local lad John Lennon and his pals founded The Beatles in 1960. They and other all-boy bands like Gerry and The Pacemakers started out by playing regular gigs at small Liverpool venues, including the Cavern Club. Here, the atmosphere was relaxed, and 17-yearold Cilla was pushed forward by her friends to take to the mic. After becoming friendly with Lennon and Ringo Starr, she was eventually spotted by their manager Brian Epstein at the Blue Angel. Hers was one of the few female voices to break through to a national audience. To her father’s dismay, Cilla’s surname changed from White to Black when a Merseybeat newspaper journalist inadvertently wrote the wrong name in an article about the rising star. “My friends down at the docks won’t believe she’s my daughter!” John White complained to Epstein, who preferred the new appellation and signed her up under the soon-to-be unforgettable name Cilla Black in 1963. Finally she could leave behind her day job as a typist and earn a living from doing the thing she loved most. The singer lost both maternal grandparents in 1966, not long after releasing the song Alfie, written by Burt Bacharach for the film of the same name. She was close to her grandmother Ellen Blythen, remembering her fondly in her autobiography as “an absolute saint who lived for her family”. Ellen would sit patiently, allowing the young Cilla to make a mess of her hair: “Oh, that looks luvely, Queen,” she would say. Like so many other Liverpudlians, Ellen had Irish Catholic roots. She was baptised as Ellen Pim at the church of Our Lady of Reconciliation de la Salette in 1886, the same place where her parents married. The parish was originally established in 1854 to accommodate the large Irish community that had settled in Liverpool following the Great Famine. 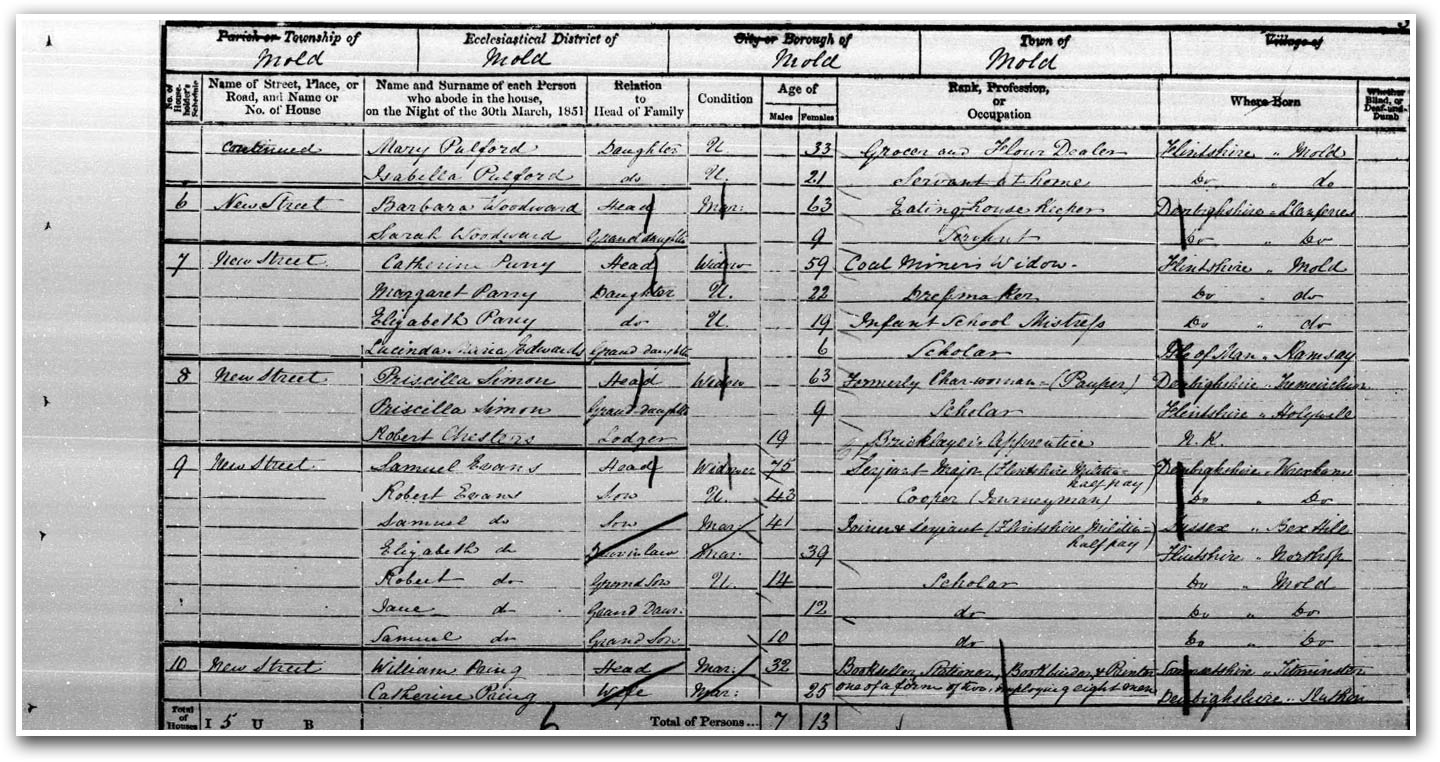 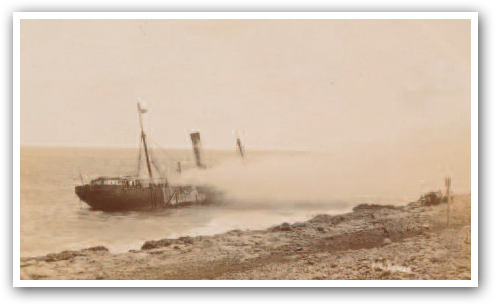 The SS Gulf of Corcovado, which struck rocks off Brisbane in 1891 –Cilla’s greatgrandfather John Pim may well have been on board

Ellen’s father John Pim hailed from County Wexford, and found work at the Liverpool docks as a marine fireman. Working down in the engine room aboard steam ships, stoking the fires and keeping the boilers going, his role would have been tough. He was away at sea when the 1891 census was taken, aboard the SS Gulf of Corcovado moored up at Anderston, Glasgow on the River Clyde, leaving his wife Ann at home with their young children. Shortly after the census was taken in April, the Gulf of Corcovado became the first steam ship belonging to the Greenock Shipping Company to operate a regular monthly line to Australia. John was most likely aboard when she struck rocks on the north shore of the River Brisbane on 20th July 1891, narrowly missing a collision with the SS Port Caroline. Despite denting her frame and damaging her propeller, the vessel appeared to be watertight and so proceeded to sea. John seems to have stayed with the ship for a few years, appearing on her crew list in 1893 when she voyaged from Greenock to Sydney. Meanwhile, John’s wife Ann contributed to the family income by sorting rags in a marine store, going out to earn a crust while her husband was at sea and her youngest daughter was just a year old. Ann’s widowed father John Barnes, another Irishman, was living with the family in 1891 and no doubt helped to look after Ann’s girls while their dad was away. Sadly Ellen was the only child to survive her parents, all three of her siblings having died by the time the 1911 census was taken. Theirs was a hard life, but the essence of a vibrant Irish culture was kept alive in Merseyside and by subsequent generations. Cilla remembered all the furniture being shifted aside at the weekends to make room for Irish jigs and singsongs when she was a child. The kitchen table was her first stage, but by 1970 when The Beatles went their separate ways, Cilla had become one of the highest-paid stars on television and a national treasure. Carrying with her that famous Scouse accent inherited from a blend of Welsh and Irish ancestors, a twinkle in her eye, and a real determination to succeed, the docker’s daughter won over the hearts of the British public, and her name will be remembered for years to come.

Gateway to the world

Historically, Liverpool was a lively melting pot of nationalities, welcoming sailors, migrants and tourists to-ing and fro-ing across the ocean on ever-more impressive ships. Increased trade with America encouraged the building of the first commercial wet docks in the early 18th century, and from then onwards the port grew at a phenomenal rate. As Britain perfected the art of exploiting the produce of its Empire during the Industrial Revolution, the Port of Liverpool became vital for importing raw materials headed for factories across the Midlands and the North, and for exporting the finished products. Men who worked in the shipping industry, like Cilla’s great grandfather John Pim, played a major part in Britain’s flourishing economy during the 19th century. Ships’ crew lists on TheGenealogist.co.uk name over 439,000 people who took to the seas between 1851 and 1911. Found amongst the Occupations collection, the crew lists show where and when a man joined and was discharged from a vessel, his age and job title, and the last ship that he served on. If your ancestor departed from or passed through Liverpool en route to the New World, then they may be found among Passenger Lists dating from 1896 to 1909 on TheGenealogist.co.uk, where there is even the option to search for family members travelling together using SmartSearch technology. 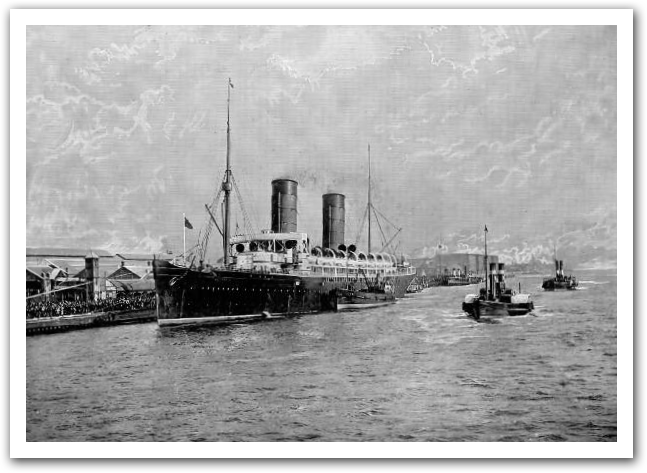 The RMA Campania at Liverpool, one of many ships whose passenger lists can be found at TheGenealogist.co.uk –along with the above photograph in the site’s Image Archive