Round up the black sheep

A new selection of criminal register records available online may help shed light on a family relative who broke the law and paid the consequences... 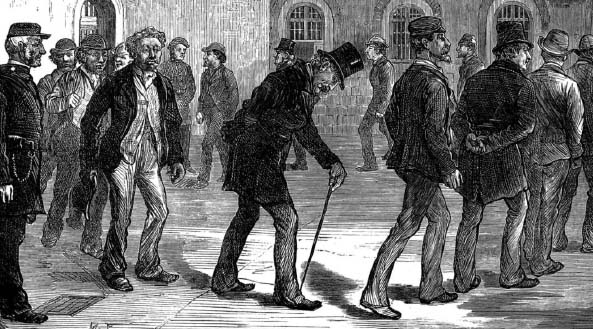 Taken from Home Office Records series and The National Archives (TNA), a new data set available online at www.thegenealogist.co.uk features more than 89,000 criminal records covering indictable offences in England and Wales between 1782 and 1892. The records also uniquely cover prisoners 'pardoned' and those classed as 'criminal lunatics'. With records dating back to before civil registration began, they are another useful source of early information for family historians. These records include the following TNA series:

As an example, above we see Francis Pratt recorded as receiving a 'Conditional Pardon' in Lancaster

There was a recognition that certain crimes were committed by people gripped by insanity and other mental health issues, although crudely described as 'criminal lunatics' at the time. 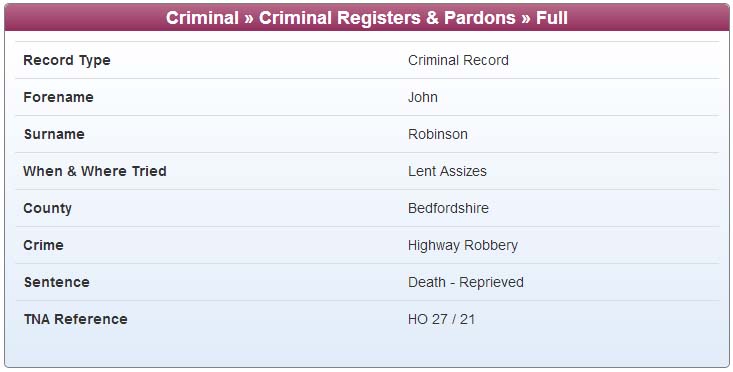 Not every story ends in death or transportation: here is John Robinson, who was found not guilty of highway robbery

TheGenealogist also holds transportation records, as here for James Hicks - this can help follow a criminal forebear after their initial conviction

As an example, the site holds a record for Granville Medhurst, in August 1800. A respected member of society, it appears that Granville had business issues and suffered a breakdown, believing his wife was trying to poison him. He carried an assortment of weapons to their bedroom and then murdered his wife before locking himself in his house.

He was subsequently overpowered and tried for his crime and was described as "elegantly dressed but looking ill and wild" at his trial. His troubled mind and odd behaviour was taken into account at his trial.

The 1800s in England and Wales was a place where it was not difficult to get into trouble and end up facing a severe punishment, perhaps even the death penalty. The infamous system in England and Wales, which relied on its strong deterrent qualities, was dubbed the 'Bloody Code' for good reason.

Despite there being no police force until 1829, there were more than 200 offences which carried the death penalty in 1815 under the 'Bloody Code'. As well as the expected serious crimes such as murder, you could receive the death penalty for stealing, impersonating a Chelsea Pensioner, being in the company of gypsies for a month, stealing livestock, being a pickpocket and also being seen out at night with a 'blackened face' as it was assumed you were a burglar.

As was the tradition in those days, a huge crowd gathered to watch the public executions, regularly in their thousands. Executions were public spectacles, at certain events the wealthy would hire balconies or other vantage points so as to get the best view. 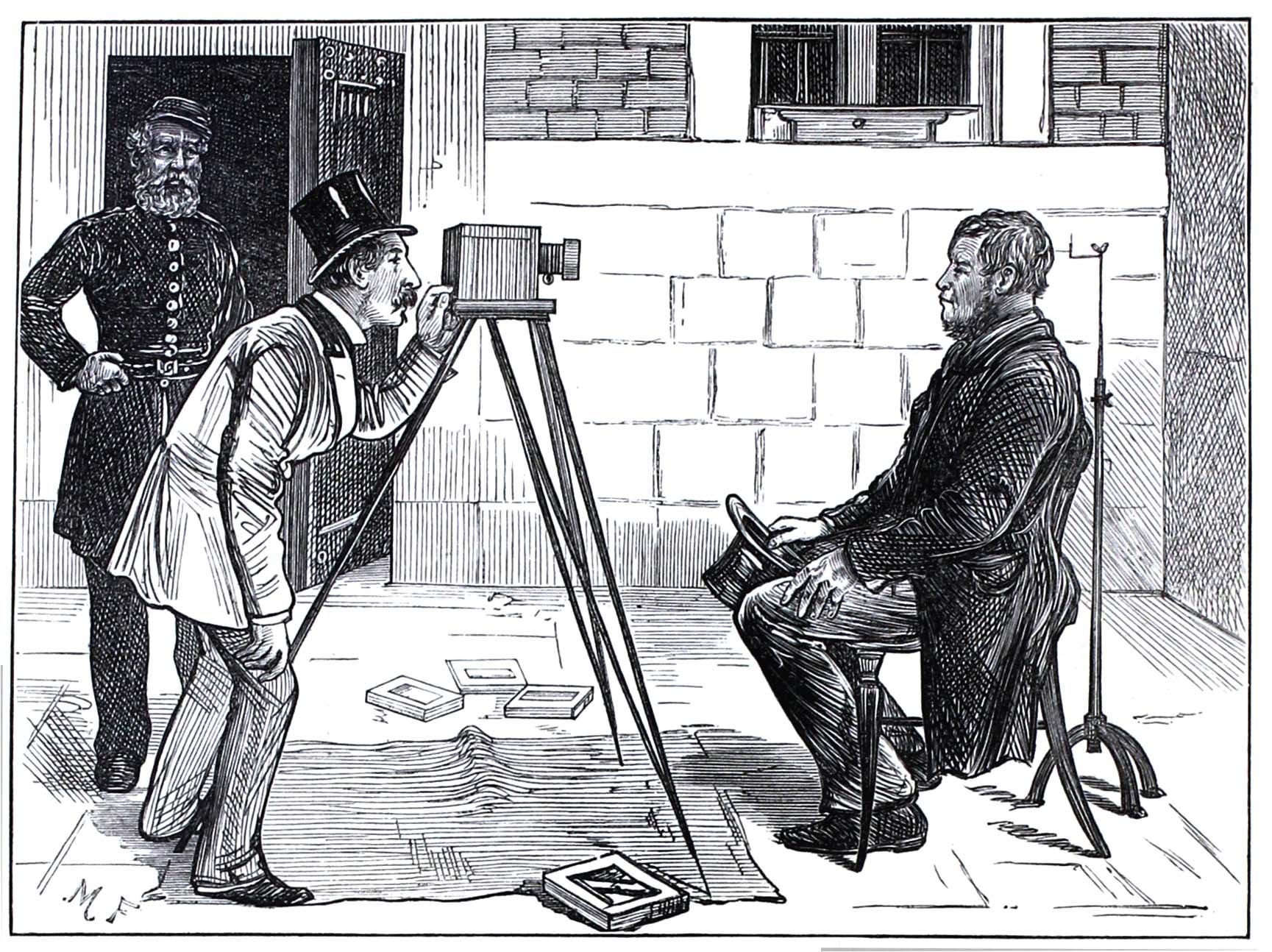 A prisoner at Newgate Prison having his photo taken for the prison records, from 'sketches of Newgate' published in theIllustrated London News in 1873

In the case of William and James Lightfoot - see the case study box - a large crowd gathered to watch their final moments. From reports at the time: "Upwards of ten thousand persons had assembled to witness the dreadful end of the unhappy wretches, and but little commiseration was exhibited for their fate."

The new records at TheGenealogist include full information on each case, including names, aliases, the name of the court, the offence committed and the length of the sentence or whether the prisoner was acquitted. There were a variety of sentences for criminal activity ranging from the death penalty to transportation to the colonies to a standard prison sentence.

Statistics show that Wiltshire, Hereford and Essex carried out the greatest number of executions in the 1800s while the courts in Lancashire, Yorkshire and Durham spared the lives of the most prisoners.

James Hicks, born in 1804 is another example. He was convicted of stealing two lambs worth 40 shillings at Hertford Assizes, along with three other men. In 1829 this was considered a capital crime and he was initially sentenced to death.

But six days later this was commuted to life transportation and he found himself on board a ship, the Mermaid, with nearly 200 other men. TheGenealogist has a copy of this record, as well as his transportation record. The ship left Sheerness on 2 December 1829, arriving at Port Jackson five months later on 6 May, 1830, with two men having died en route.

TheGenealogist already has a large collection of transportation records from TNA series HO 10 and HO 11 - in total the site now has around half a million crime-related records.

Not all prisoners were convicted, however. Around 35% of those recorded were actually found 'not guilty', a much higher rate of acquittals than levels today. The Criminal Records collection at TheGenealogist - under the Court and Criminal Records section - can allow you to discover that missing ancestor and why they may not have appeared on the usual records available to family historians.

With many of our ancestors struggling for survival and living in poverty it is no surprise many fell foul of the law. However, the 'Bloody Code' deterrent that the Victorian authorities so believed in nowadays appears exceptionally harsh and many of our ancestors were transported to the colonies or, even worse, received the death sentence for the most minor crimes.

Listed in the new records at TheGenealogist can be seen a summary of two high profile murder cases at the time. In 1840, brothers William and James Lightfoot robbed and then murdered highly respected timber and general merchant, Nevill Norway (great grandfather of well-known novelist and engineer, Nevill Shute) near Bodmin, Cornwall. They were subsequently tried at Bodmin Court by Mr Justice Coltman on the 30th March, 1840.

With overwhelming evidence against them, the two prisoners faced an inevitable fate. The court notes at the time declared: "The learned judge having then summed up the evidence, the jury returned a verdict of 'guilty'. Mr Justice Coltman passed the awful sentence of death in the most feeling terms."

Here we see a copy of the record of William Lightfoot at TheGenealogist, with his crime and punishment listed: 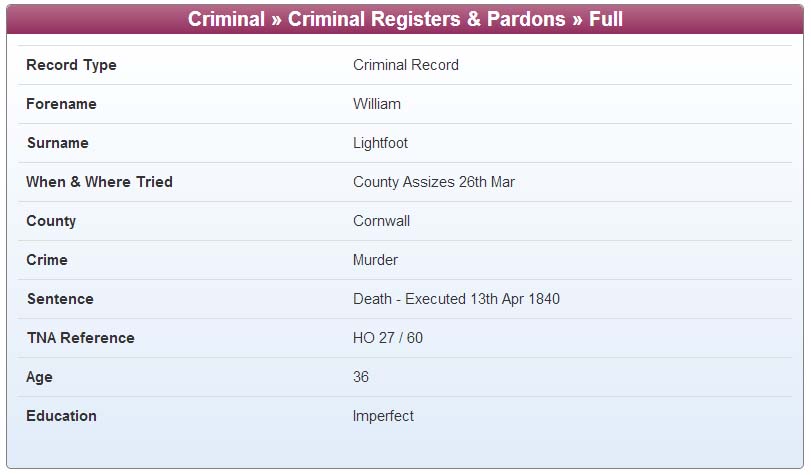 Another high profile criminal case listed on TheGenealogist involved William Griffith, who was the first man to be hanged at the new Beaumaris Prison in 1830, for the attempted murder of his wife, Mary. Separated from his wife, he had visited her where she lived with their daughter and he had then become extremely violent. The dreadful nature of the attack ensured he was given the death penalty and a big crowd gathered at his execution too. 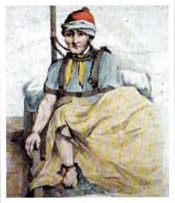 An inmate at Bethlehem Hospital in 1815 - better known as 'Bedlam'