With the centenary of Stonehenge being gifted to the public this October, Nick Thorne explores the families who had once owned it 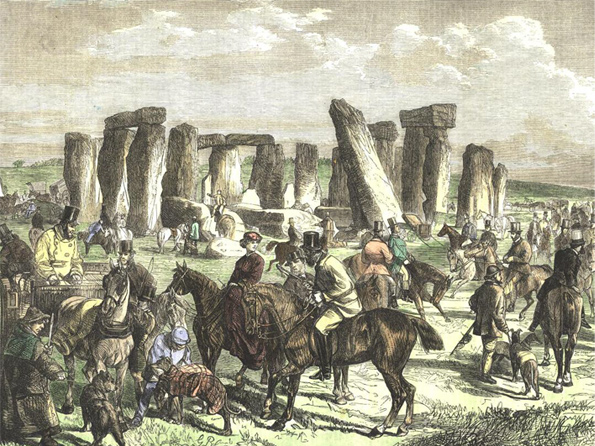 An Illustration of Stonehenge

This year will see the centenary of one of the nation’s best known monuments coming into the possession of the public. In 1800 Stonehenge had been in the private ownership of the Antrobus family. With the First World War and the untimely death of the heir to the baronetcy, when he was killed in action in 1915, the family decided to sell the stone circle and the surrounding 35 acres of land at public auction. The sale took place on 21 September 1915 at the new theatre in nearby Salisbury, and local resident Cecil Chubb paid £6,600 (worth about £502,000 today) for the site – but he didn’t keep it for very long. The family legend has it that he had gone to the auction to buy some chairs that his wife wanted. On a whim, and wanting to save Stonehenge from foreign ownership, he decided to put in a bid for the land that it occupied. Chubb is reputed to have given it to his wife, who was not taken with her expensive gift.

By 1918, being aware that the government was interested in the stone circle, Chubb contacted the Office of Works. Offering to give the site to the nation as a gift, he stipulated three clauses to his bequest: that local residents should continue to have free access to the site; that the entry charge should never be more than a shilling; and that no building should be erected within 400 yards of the ancient stones themselves. An article in The Sphere from October 1918, and found in the Newspapers and Magazine collections on TheGenealogist, shows the news of his bequest of the ancient monument to the nation being crowded out by a week of great happenings so that it would seem to have had a lukewarm response of gratitude. The government was pleased enough to accept the generous gift and as a thank you created a baronetcy for Chubb the next year in 1919.

He was thereafter known as Sir Cecil Chubb, Baronet of Stonehenge in the County of Wiltshire, and we can find his arms and entry in Burke’s Peerage by searching the Peerage, Gentry & Royalty records on TheGenealogist. There is also an entry in the Roll of the Baronets 1611-1929. But this baronetcy belies his modest heritage. Cecil Herbert Edward Chubb had been born in 1876 in the Wiltshire village of Shrewton, where his father was the saddler and harness-maker. A search of the 1881 census of Wiltshire finds the boy aged four in the household of his 29-year-old father, Alfred (enumerated as Frederick) and Mary, 27. Chubb was educated at Bishop Wordsworth’s School in Salisbury. For a short period he was a pupil teacher at the school before going for training at St Mark’s College in London. The 1891 census records the young Chubb as such. We see that he was living in his widowed grandmother’s house where she is a sadler. It seems like a close-knit family as his parents and siblings lived next door.

From school he went to Christ’s College, Cambridge, where he earned a first in natural sciences in 1904 followed by a Bachelor of Laws degree in 1905. Returning to London, he was called to the Bar from Middle Temple and began a successful law practice. In the commercial section of Kelly’s Directory of Wiltshire 1911, under those in the Legal List, Chubb is the only barrister recorded, with his address being Bemerton Lodge.

From the marriage records on TheGenealogist we find that in 1902 Chubb had married Mary Finch in the Strand district of London.

Mary Bella Alice Finch was the niece of Dr W Corbin Finch and when her uncle died in 1910 she inherited the Fisherton House Asylum psychiatric hospital near Salisbury. Chubb gave up law and moved back to Salisbury to run the asylum, which was one of the largest in the country. From the 1911 Kelly’s Directory we can see that Chubb’s wife is listed as the proprietress. 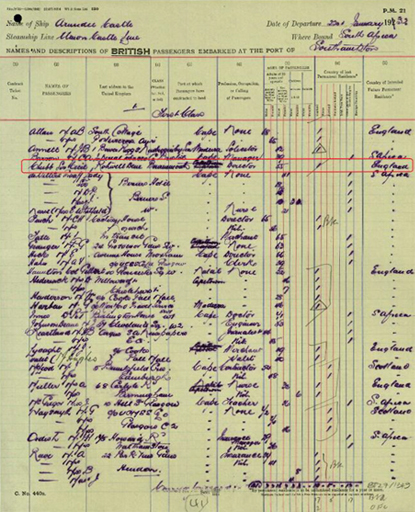 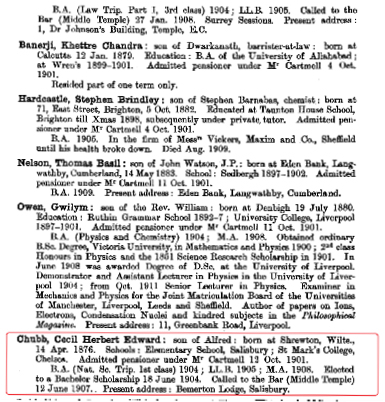 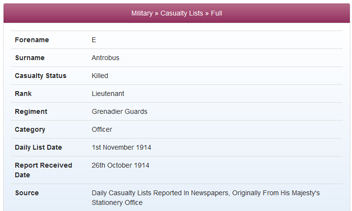 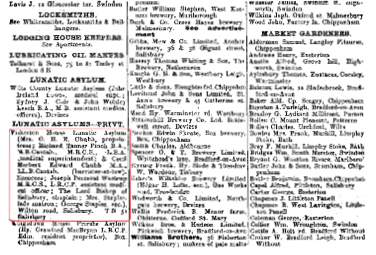 A Tithe Map of Stonehenge 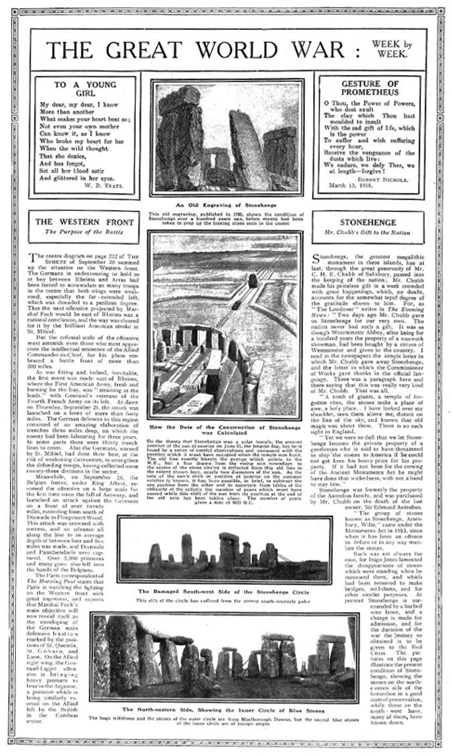 Looking at the occupation column of the 1911 census, Chubb has recorded himself as a barrister – while under industry he has written ‘Manager of a Lunatic Asylum’. We can read something about the asylum in the Kelly’s directory on TheGenealogist. This tells us that ‘Fisherton House Lunatic Asylum stands in beautifully wooded grounds, containing cricket field and lawn tennis and croquet courts’. In the First World War, Chubb also gave great service to the country by treating military casualties affected by the horrors of trench warfare. In fact the Chubbs used their own home, Bemerton Lodge, as an overflow for the main asylum during this time. The asylum changed name to become The Old Manor Hospital while still run by the Chubbs and then eventually became part of the National Health Service in 1954.

In civic life we can find, from the list of magistrates for Salisbury in Kelly’s Wiltshire Directory 1923, that Sir Cecil was a justice of the peace. By searching the outgoing passenger lists on TheGenealogist we can also see that In the 1920s and 30s he travelled by ship to places such as New York, and more exotically to Valparaiso in Chile and Cape Town in South Africa.

We now have an idea of what the last private owner of Stonehenge was like. But what about the family that owned it before him? We know that it was the death of Lieutenant Edmund Antrobus that led to the auction of the land on which Stonehenge stood. A search of the military records on TheGenealogist finds this Grenadier Guards officer in the casualty lists described as being killed in a report from 26 October 1914.

While Sir Cecil Chubb had been raised from a modest background to become a baronet in 1919, the Antrobus family had been titled for some generations their baronetcy having first been created on 22 May 1815 for Edmund Antrobus, of Antrobus Hall, Antrobus, Cheshire. Researching TheGenealogist’s Peerage, Gentry & Royalty records finds them in the The Peerage, Baronetage and Knightage of the British Empire for 1880. This gives us the information that their Wiltshire seat was at Amesbury Abbey in Salisbury. Sir Edmund was the 4th Baronet and his heir, also named Edmund, was set to inherit the abbey and its land.

The Amesbury estate, which included Stonehenge, had been sold to the Antrobus family in 1825 by the 4th Duke of Queensbury. Descending through branches of the Antrobus family until it reached, Sir Edmund Antrobus, 4th Baronet. In the early months of World War I, Sir Edmund’s son and heir was killed while serving in the Grenadier Guards, his father’s regiment. When Sir Edmund died the next year the estate passed from him to his brother, Sir Cosmo Antrobus, who decided to sell the land and thus it went to auction.

Searching the Tithe collection on TheGenealogist returns various results for Sir Edmund and then Sir Cosmo Antrobus and their land holdings in the parish of Amesbury. The tithe record for 2 September 1843 documents Stonehenge as being just over two acres of pasture land that Sir Edmund has let, with various other parcels of land, to one Robert Pinkney. There are also a number of altered apportionments, that were added to the collection when changes in ownership or the way that the land was divided took place. The last of which for Stonehenge was in 1922 when the owner is now listed as H M Office of Works.

The centenary of the gifting to the public of the stone circle sitting in the rolling chalkland countryside of Salisbury Plain is something to celebrate, thanks to the action of the barrister who ran the local lunatic asylum and who bought Stonehenge, on a whim, instead of the chairs that he had been sent to bid for saved it from being sold and transported abroad.

Using the records on TheGenealogist we have been able to see the rise of the saddlemaker’s son to Cambridge student, barrister of the Middle Temple and manager of a mental institution before saving the 4500-year-old monument for the country and being rewarded with a title.

The Chubbs in the 1891 census of Shrewton 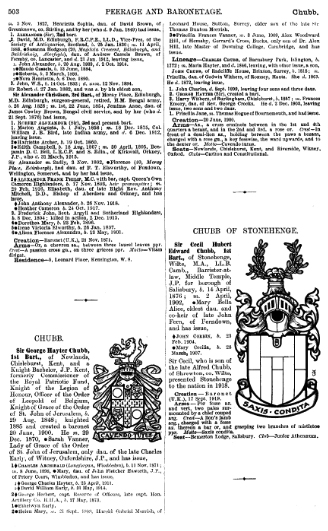 Burke’s Peerage in the Peerage, Gentry & Royalty records on TheGenealogist