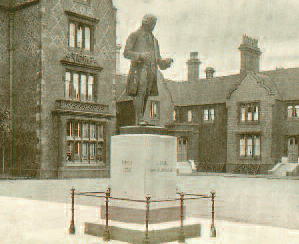 What we now call Stoke-on-Trent was actually formed in 1910 as a federation of six midlands pottery towns, namely Stoke-upon-Trent, Hanley, Burslem, Tunstall, Longton and Fenton – collectively they are also known as the Potteries. Stoke-on-Trent was given city status in 1925.

Stoke-upon-Trent was the original ancient parish, with the other settlements being chapelries. It was located at a crossing point on the Roman road that ran from present-day Derby to Chesterton, and where the upper reaches of the River Trent meet the Fowlea Brook. It was the site of the first church in the area, built of wood around the year 670 by missionaries from Lindisfarne, later rebuilt in stone, and now known as Stoke Minster. A significant small town grew up around this church.

Since the 17th century, the area has been almost exclusively known for its industrial-scale pottery manufacturing. The local abundance of coal and clay suitable for earthenware production led to the early development of the local pottery industry. The construction of the Trent and Mersey Canal (completed in 1777) enabled the import of china clay from Cornwall together with other materials and facilitated the production of creamware and bone china. Many of the promoters of the canal were pottery magnates.

The development of the pottery industry here was spearheaded by one man, Josiah Wedgwood, who cut the first sod for the canal in 1766 and erected his Etruria Works that year. Wedgwood built upon the successes of earlier local potters such as his mentor Thomas Whieldon and along with scientists and engineers, raised the pottery business to a new level. Josiah Spode introduced bone china at Trent in 1796, and Thomas Minton opened his manufactory.

North Staffordshire was also a centre for coal mining. The first reports of coal mining in the area come from the 13th century. The Potteries Coalfield (part of the North Staffordshire Coalfield) covers 100 square miles. Striking coal miners in the Hanley and Longton area ignited the nationwide 1842 General Strike and its associated Pottery Riots.

When coal mining was nationalised in 1947, about 20,000 men worked in the industry in Stoke-on-Trent. The industry developed greatly, but the last pit eventually closed in 1994.

The Phoenix Trust is campaigning to turn Stoke-on-Trent and the wider North Staffordshire Coalfield into a World Heritage Site due to its historic economic significance, its leading role in the industrial revolution, and as the birthplace of Primitive Methodism.

The iron and steel industries occupied important roles in the development of the city, both before and after federation.

The mainline Stoke-on-Trent railway station was opened in 1848. From 1864 to 1927 Stoke housed the repair shops of the North Staffordshire Railway and was the home of locomotive manufacturers Kerr Stuart & Co from 1881 to 1930. The Michelin tyre company also built its first UK plant in the city in the 1920s.

Exclusive census analysis from the data at TheGenealogist.co.uk reveals that common Stoke surnames include Cooper, Heath, Shaw, Adams, Barker and Bailey. Simpson, Walker, Goodwin, Jackson, Colclough, Lawton and Plant were also common in 1841, as were Hughes and Turner in 1911. The census data also reflects the importance of the pottery industry and coal mining, with related jobs dominating occupation statistics.

Leading data website TheGenealogist.co.uk has a wealth of records for Stoke and Staffordshire. Here is a quick run-down of what you can find (in addition to national collections):