Tales of the Cartaret Dynasty

Nick Thorne follows up a chance finding in the tithe records, leading him to the story of a Royalist privateer commemorated in America 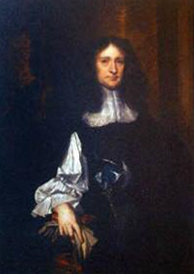 While I was doing some research in the land records for Bedfordshire on TheGenealogist recently, I came across an estate on a tithe map whose owner’s name I recognised as having connections to the island of my birth, not to mention a much better known US east coast state.

The landowner in question was Lord Carteret and I wondered if he was a descendent of the famous Jerseymen from the English Civil War era of that name.

Sir George Cartaret (or de Carteret until he joined the Royal Navy and dropped the prefix as it sounded too French) was from a prominent family from Jersey which had held property in the island since the 12th century. His uncle was the Seigneur of St Ouen and through his grandfather he was also related to the feudal lord of the neighbouring island of Sark.

Privateering in the English Channel

George went to sea in the Royal Navy and in the 1630s commanded various warships before becoming Comptroller of the Navy in 1641. With the outbreak of the Civil War, he returned to his native island and succeeded his uncle as the Bailiff of Jersey for a term of eight years. A committed Royalist, he subjugated the Parliamentarian interests in the island and in 1644, as a vice-admiral of Jersey and the seas adjacent, waged an active privateering campaign against any Parliamentarian ships nearby. Not surprisingly, Parliament saw him not as a privateer but as a pirate and specifically excluded him from being able to receive any future amnesty for his actions.

In May 1640, at Mont Orgueil Castle’s chapel in Jersey, George married his first cousin, Elizabeth. Meanwhile his privateering meant that he grew wealthy while the island he controlled became a refuge for Royalists. Raised to be a baronet in May 1645 by a grateful King Charles I, the newly created Sir George continued in the administration of Jersey while the Royalist cause in England was failing. Oliver Cromwell and the Parliamentarian forces had won and in 1646, and again in 1649–1650, Sir George sheltered the Prince of Wales in Jersey. On the execution of Charles I in London, Sir George immediately had Charles II proclaimed King in the marketplace of St Helier, Jersey – thus being the first of the King’s realms to recognise Charles II as its monarch, even if the Parliamentarians still ruled England. When the monarchy was restored, Sir George was rewarded for his loyalty with large holdings of land in the American colonies, and New Jersey was named in his honour for his loyalty to the Royalist cause.

Armed with this background information I realised that the mansion house mentioned in the Bedfordshire tithes was situated in Hawnes, now called Hayes. Hawnes is mentioned in many books and records as the territorial designation for the barony that the Carterets would receive in 1681 – though it was not Sir George who received it. The King’s intention had indeed been to raise his loyal servant to the peerage, but unfortunately Sir George had died at Hawnes on 13 January 1680, before this could happen. Sir George’s son and heir, Philip, had predeceased him in 1672 and so the honour was therefore bestowed on George, the grandson whom Sir George and Lady Carteret had raised from the age of five. 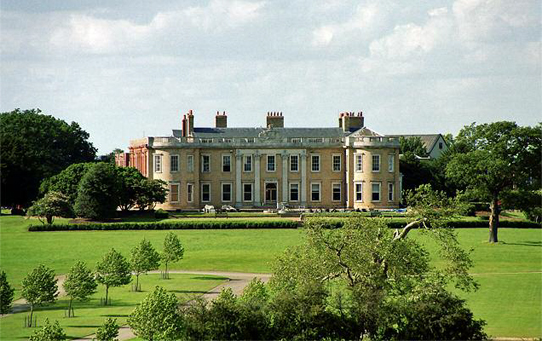 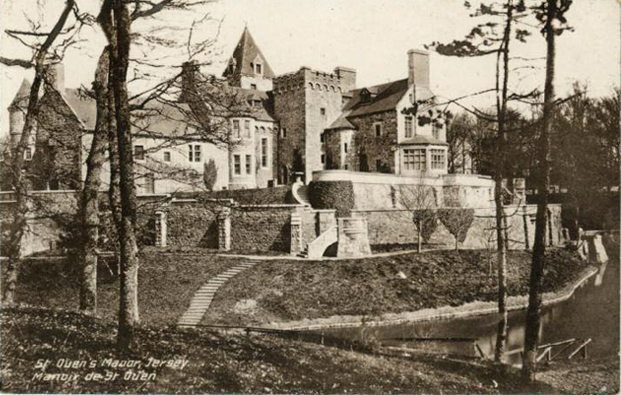 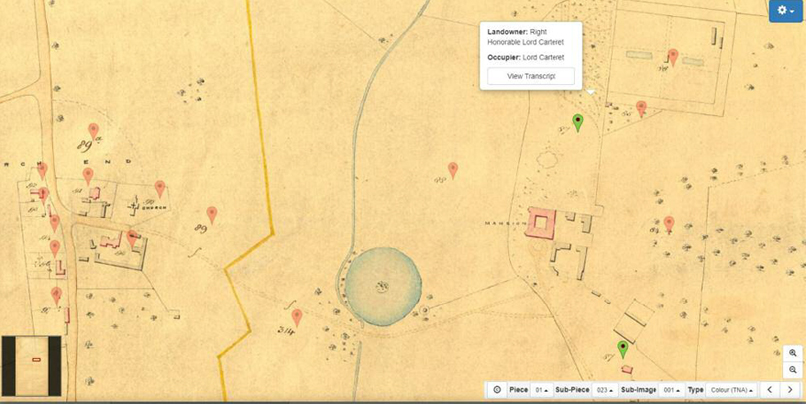 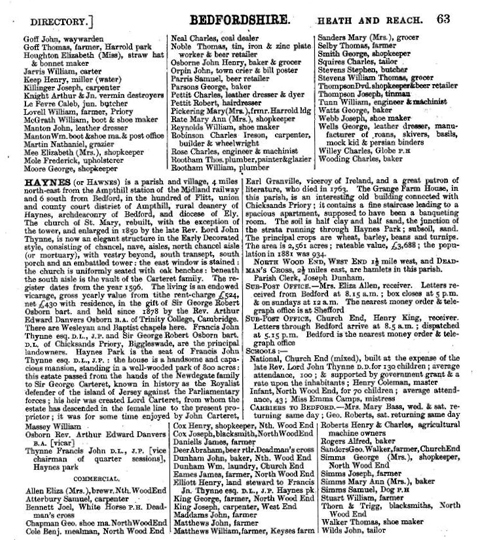 Haynes or Hawnes in the 1885 Kelly’s Directory of Bedfordshire 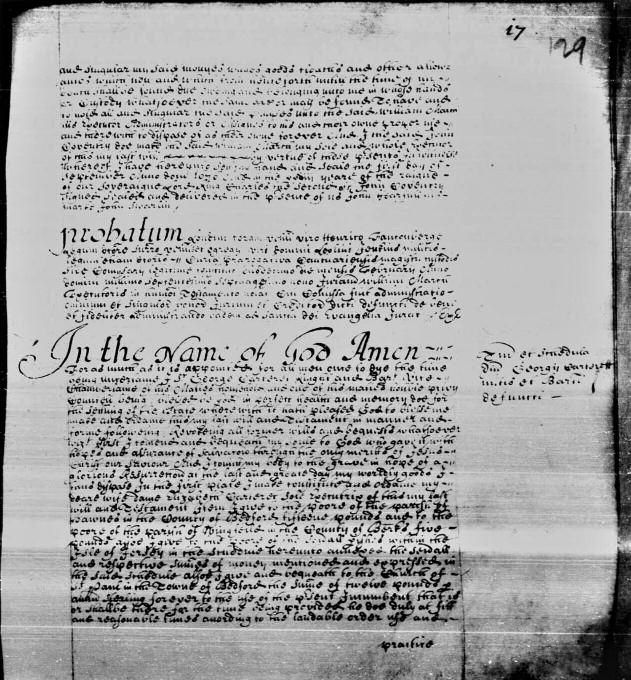 Hawnes Park and its links to Longleat

Hawnes manor itself was acquired in 1667 by the vice-admiral from Jersey when he purchased it that year as a home for his eldest son. With the untimely death of Philip, Sir George and his wife then moved to Hawnes to care for their orphaned grandchildren (their daughter-in-law having died earlier). The present mansion house of Hawnes or Haynes Park was then built c.1725 by his great grandson John Carteret, 2nd Earl Granville, and it passed down through the family for several more generations. In the Victorian era, at the time of the tithe survey, the pin on the map identifies the landowner and occupier as the Right Honourable Lord Carteret. The date of the survey was 9 May 1840 so it is possible to deduce that this record would be for John Thynne, 3rd Baron Carteret PC (1772–1849). He would also die at this house in March 1849, aged 76, and on his death the first barony became extinct. The estate, however, passed to his nephew the Rev Lord John Thynne, third son of Thomas Thynne, 2nd Marquess of Bath and sub-Dean of Westminster.

Bath and sub-Dean of Westminster. The path that the inheritance of this property took from its first Carteret owner to Lord John Thynne was not a direct one down the male line, though it had remained in the family all this time. This I confirmed when I was consulting the 1885 Kelly’s Directory of Bedfordshire looking for information about the area. In order to understand more about a village or town it is often beneficial to read the brief description of the place before the listing of residents or tradespeople in these books. The 1885 Kelly’s directory lists the landowner as Francis John Thynne Esq DL JP, who was living at Hawnes Park, and the precis helpfully points out that the estate had descended in the female line to the present owner. Scanning the 1898 edition of Kelly’s revealed that Haynes Park was then the seat of William Bunce Greenfield Esq. While the family no longer lived at the mansion, Francis Thynne remained a principal land owner. I wanted to find out how the Carterets and the Thynnes were related and then how the land had passed down through the branches of the family.

Turning first to the Peerage, Gentry and Royalty records on TheGenealogist, I consulted the Genealogical and Heraldic History of the Extinct and Dormant Baronetcies of England, Ireland and Scotland, Second Edition (1841). This revealed that George, the grandson of Vice-Admiral Sir George Cartaret, had been married at the age of eight years old. His bride was Lady Grace Granville, youngest daughter of John, Earl of Bath. Later in life she would become the co-heiress of her nephew William, who would be last Earl of Bath to come from the Granville family. Lady Grace lost her husband, George 1st Baron Carteret, when he was just 26 in 1695. She was created, in her own right, Viscountess Carteret and Countess Granville in 1714 and now outranked her son in precedence of the peerage.

Before his early death, the first Baron Carteret and Lady Grace had produced three children together including John, the 2nd Baron Carteret. John inherited Hawnes Park from his father and was at one time a diplomat serving as the British Ambassador to Sweden and then as the Lord President of the Council, one of the great offices of the British State. Lord Carteret would eventually also inherit from his mother her Earldom when, on 18 October 1744, he become the 2nd Earl Granville on the Countess’s death.

On 17 October 1710 John, then 2nd Baron Carteret, married Lady Frances Worsley at Longleat House. Lady Frances, on her mother’s side, was the granddaughter of Thomas Thynne, first Viscount Weymouth. The marriage between Frances and John produced six children, with their first born, named George, predeceasing his father. On the eventual death of John, 2nd Baron Carteret and 2nd Earl Granville in 1763, his titles and land devolved to his second son, Robert Carteret, who now became the 3rd Earl Granville; but he died childless. Another marriage had united the two families when Louisa, the 3rd Earl’s sister, wed Thomas Thynne the 2nd Viscount Weymouth. One of their sons would become Marquis of Bath while another, Thomas, would inherit the Carteret estate.

Further research in Peerage, Gentry and Royalty records on TheGenealogist showed that John, 2nd Earl Granville passed his titles and land down to his son Robert; however, the titles became extinct on the death of Robert, the 3rd Earl, in 1776. The lands including Hawnes were a different matter as the late Earl Granville had bequeathed these to his nephew the Honourable Henry Thynne, who was the second son of his sister, Lady Louisa Carteret and Viscount Weymouth. The will of the earl required that the Honourable Henry Thynne assume the surname and arms of Carteret in lieu of Thynne and so as a Carteret in 1784 he was raised to the peerage of Great Britain as Baron Carteret, of Hawnes in the County of Bedford, with remainder to the younger sons of his brother, the Marquess of Bath. This was the second time the barony had been created and so Henry, as the 1st Baron Carteret under the new creation, was succeeded by his nephew George Thynne, as 2nd Baron. This is where the surname of the Baron Carterets changed to Thynne as George had retained this family name – he is one of two brothers in the Cambridge University Registers found in TheGenealogist’s educational records. Also dying childless, George Thynne, 2nd Baron Carteret, was succeeded by his younger brother Lord John Thynne, who then became the 3rd Baron Cartaret under the title’s second creation. The 3rd Baron, of course, is the landowner identified in the tithe records and he had held political office as Vice-Chamberlain of the Household between 1804 and 1812. In a familiar theme for this family, he also had no children and so the title became extinct for a second time on his death in 1849.

As we have seen from the later Kelly’s directories, though, William Greenfield Esq was living at the house; some of the land still remained in the Thynne family until at least 1903, when Francis John Thynne of 67 Eaton Place, London was one of two principal landowners. Tracing back seven generations, this gentleman was the direct descendant of the Royalist privateering vice-admiral who had first purchased the house and land at Hawes.

Searching the Prerogative Court of Canterbury Wills (PCC) on TheGenealogist provides us with a number of the Carteret wills with images. One of these is for the celebrated Sir George Cartaret, knight and baronet, Vice Chamberlain of His Majesty’s Household and one of His Majesty’s Honourable Privy Councillors. It was drawn up in 1678 and proved in February 1680, the year of the death at Hawnes of the Jerseyman who originally purchased this estate for his family.

TheGenealogist has allowed us to trace the family that owned Hawnes Park for more than 230 years. From tithe records to trade directories, as well as gentry records, educational ones and the PCC wills, these resources have led us on a trail through time. 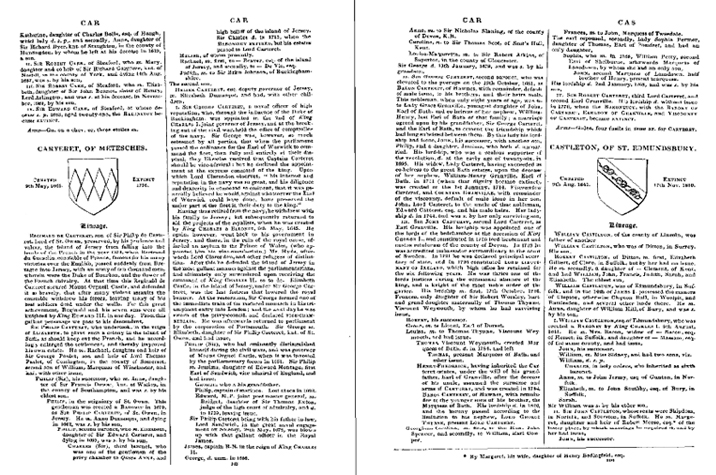 Genealogical and Heraldic History of the Extinct and Dormant Baronetcies of England, Ireland and Scotland, Second Edition 1841 on TheGenealogist 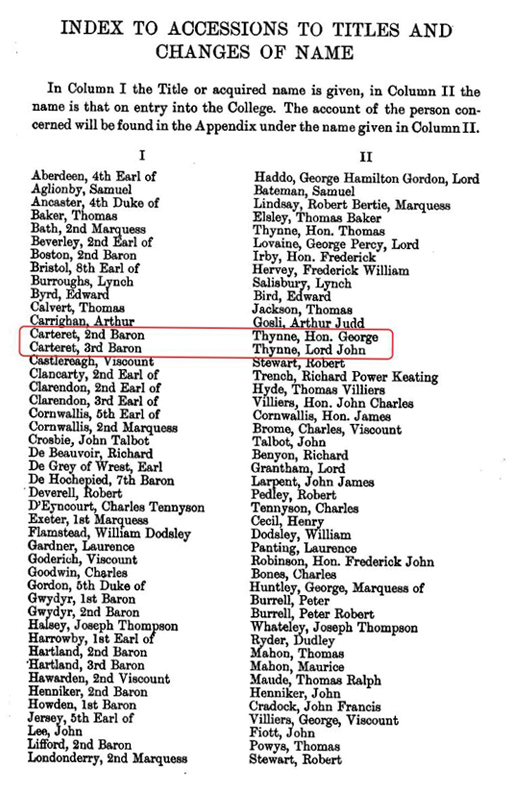 TheGenealogist’s Education Records for St John The Evangelist College Registers, Cambridge University, 1767–1802, show the acquisition of the Carteret Barony by the Thynnes