The case of the author’s family 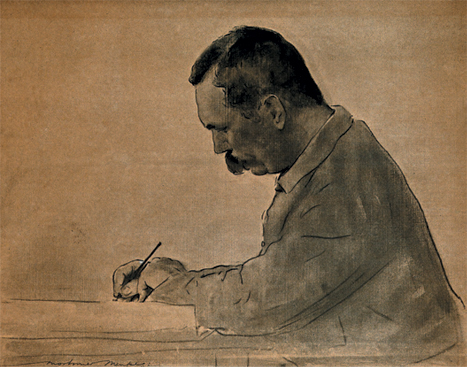 Best known for his detective fiction and his creation of Sherlock Holmes, Sir Arthur Conan Doyle is often known by the two names of Conan Doyle – as if he had a double-barrelled surname. In most records, however, he is to be found simply under the surname Doyle. Arthur Ignatius Conan Doyle was so much more than just the writer of crime fiction that most of us today associate him with. He was a doctor, a sportsman, a writer of historical texts on the South African War and, at one time, a somewhat unsuccessful ophthalmologist who failed to get any patients to visit his London practice!

Go back one generation and Sir Arthur’s father was Charles Altamont Doyle, who had been born in London during 1832 but had then moved to Edinburgh when he was 17. If we use the Trades, Residential & Telephone directories on TheGenealogist we are able to find Charles A Doyle at 23 George Square, listed under ‘Artists’. This entry is in the Edinburgh and Leith Post Office Directory 1877-78; however this doesn’t tell us the whole story. Charles Doyle, reports say, was also an employee of the Edinburgh Office of Works, working for them until he fell into depression and alcoholism ending up in an insane asylum for the rest of his life.

Researching Charles Doyle in the Newspapers and Magazines collection on TheGenealogist, we can find an entry in The Illustrated London News for December 1865 about a volume just published at that time in Edinburgh. The paper comments how the book had been enhanced by Charles's use of bright colours in his drawings. In a time when press photography didn’t exist it would seem that Charles Doyle also supplemented his income by providing The Illustrated London News with sketches of events that had happened in Edinburgh – one such drawing was the funeral procession of General Sir Hope Grant in March 1875.

Charles himself was the youngest son of a famous a political cartoonist and caricaturist, John Doyle, and his wife Marianna Doyle. Searching for Sir Arthur’s grandfather we can discover John Doyle in the Bibliographical Dictionary of English Catholics Vol II within the Occupational records on TheGenealogist. From this we find he was from Ireland, having been born there in 1797 and studied in Dublin before moving to live and work in London. 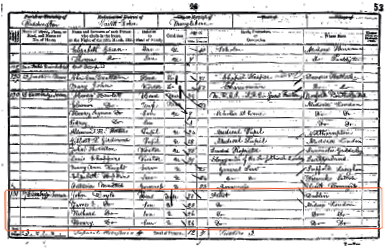 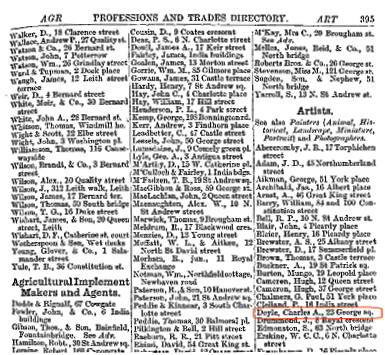 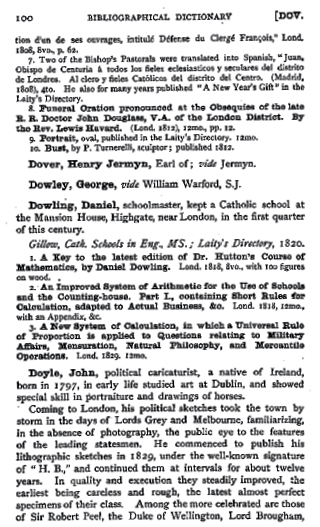 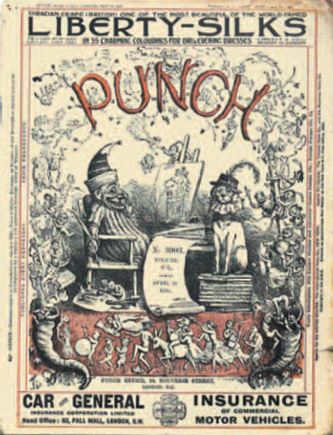 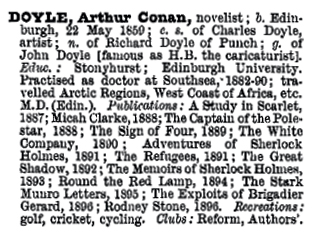 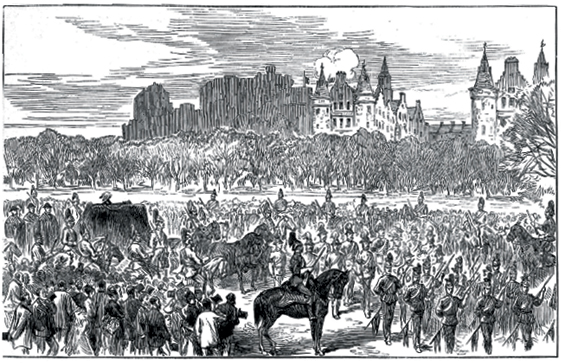 A family of artists

A search of the census collections finds John Doyle, artist, in 1851 at 17 Cambridge Terrace in Paddington. While Sir Arthur’s father is not present three of his brothers are. What is noteworthy is that all three of these young men, in their twenties, are recorded in this census as artists. As with Charles, they too were following their father’s occupation in art.

From Sir Arthur’s entry in the Who’s Who 1897, on TheGenealogist, we learn that Richard Doyle, one of three uncles recorded in the census, was famous for his illustrations for Punch magazine.

The Who’s Who reveals more about Sir Arthur. We discover his date of birth, his education and that he practised as a doctor in Southsea from 1882-90 and travelled extensively from the Arctic regions to the West Coast of Africa. As well as listing his literary achievements it mentions his recreations of golf, cricket and cycling. Further research reveals that Sir Arthur was in fact an accomplished sportsman and had played football, albeit under an alias, for Portsmouth Association Football Club while he was living at Southsea. He also turned out for the MCC to play cricket between 1899 and 1907 when he was based in London.

‘...abandoned his profession and adopted literature’

As a doctor we could have expected to find our subject in The Medical Directory 1895 that is available on TheGenealogist in the Occupational records. In Sir Arthur’s case it tells us very little – even down to noting that his address had been ‘uncommunicated’ to the publication. The good doctor was not practising medicine by this stage as his literary career had blossomed. If we contrast this sparse description with his entry in the Who’s Who of Theatre 1922 that mentions how he had ‘abandoned his profession and adopted literature’ we can see how much fuller the entry is in this directory and also how it includes his residence.

With his ability to write on recent history and in particular his articles on the Boer War, The War Illustrated newspaper commissioned him to contribute pieces on how the lessons learnt from the South African War were being applied by the British Army in the First World War. A search of this and the other publications in the Newspaper and Magazines on TheGenealogist returns various mentions of Sir Arthur Conan Doyle.

The Sphere, from the year before, includes a picture of three of his sons in uniform to accompany a review of the author’s writings on the war. The eldest son in the picture is Kingsley who was 24 and one of two children born to Sir Arthur and his first wife, Louisa. Kingsley had an elder sister, Mary Louise and his birth had been registered in the Croydon area with the names Arthur Alleyne Kingsley Conan Doyle.

The younger sons in The Sphere’s photo were Denis and Adrian, who had been born in 1909 and 1910 to Sir Arthur and his second wife Jean. Sir Arthur had met and fallen in love with Jean Elizabeth Leckie in 1897 but, as he was already married to Louisa née Hawkins, Sir Arthur maintained a platonic relationship with Jean while his first wife was still alive.

The Medical Directory 1895 on TheGenealogist 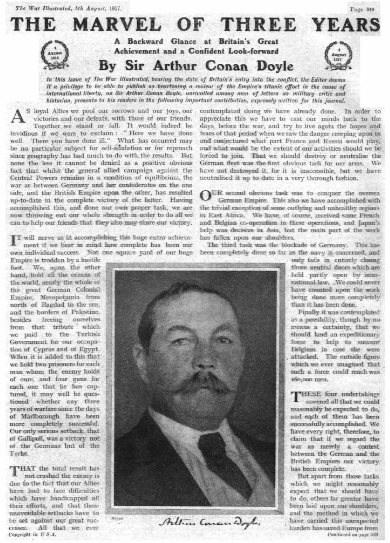 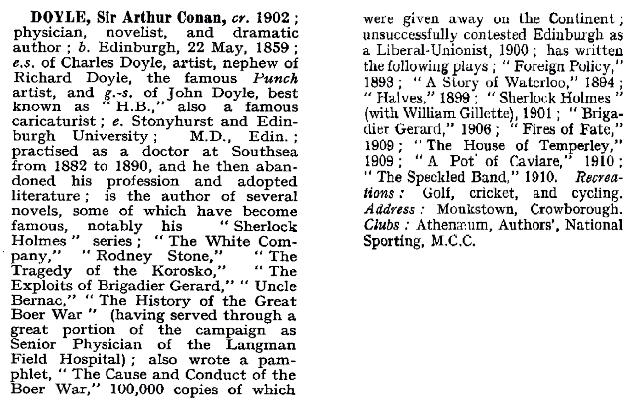 Reading the caption to the picture in The Sphere tells us that Kingsley had been wounded in the war. This allows us to turn to the Casualty Lists in the Military records on TheGenealogist and we find a Second Lieutenant AAKC Doyle of the Hampshire regiment in the daily list for 14 July 1916 and this ties up with the name that he had been registered with at his birth: Arthur Alleyne Kingsley Conan Doyle.

As with any other Army officer, we can use the Army Lists on TheGenealogist to search and find dates of their last regimental appointment. The Army List for February 1917, on TheGenealogist, finds him in the listing for the Hampshire Regiment and we can see from the asterix before his name that he is a Temporary Lieutenant and that the date of his assuming that rank was from 15 May 1916.

In 1918, with the First World War winding to a conclusion, Europe was hit by a pandemic of influenza that killed more people than the conflict had done. Kingsley Doyle, perhaps weakened by his wounds, succumbed to its grip and then passed away. To find him in the General Register Office death index on TheGenealogist requires us to look for him under the name Kingsley C Doyle and not Arthur Alleyne KC Doyle, as he appears in the birth index. This illustrates why we need to remember that people may feature in the records under differing names and it is something that we all need to be aware of when searching for our own ancestors. In these cases we may have to resort to using keywords that may be on the record, or simply scan the list of results returned and use a little detective work. In this case the surname and the approximate date of death, together with the knowledge provided by other records on TheGenealogist, had told us that he was sometimes known as Kingsley. 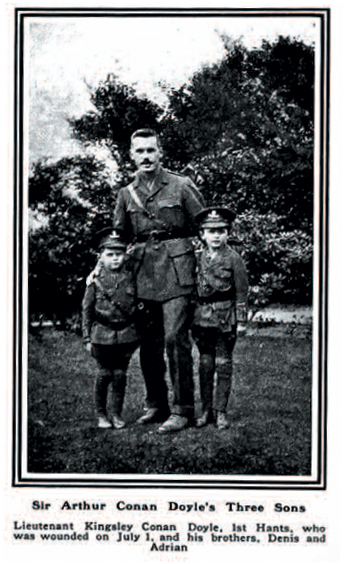 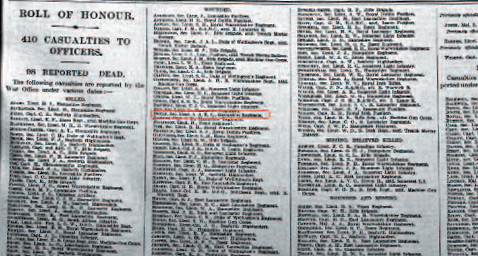 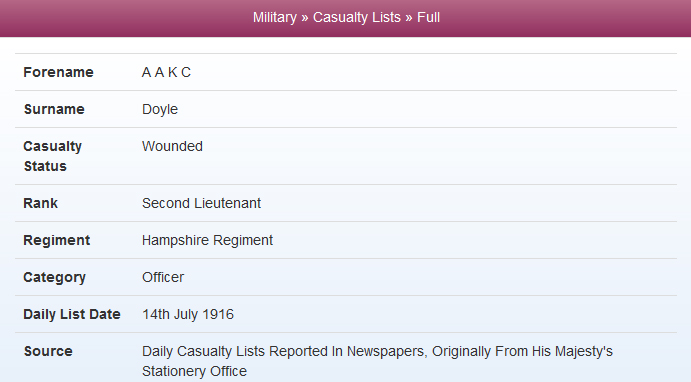 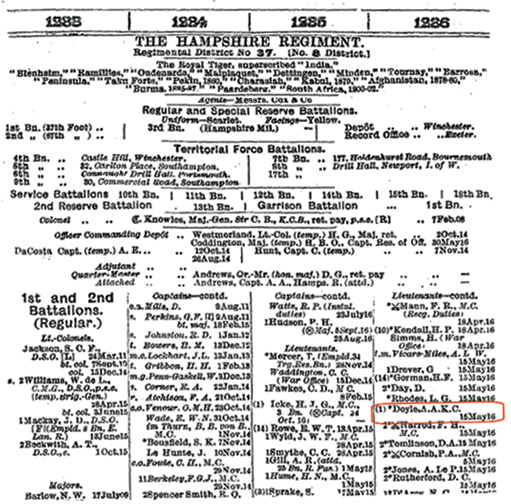 It is reported that Sir Arthur, who had a long standing interest in spiritualism from his days in Southsea, lost a number of people close to him in war related deaths. He found solace in supporting the spiritualist belief system, having long since abandoned the Roman Catholicism of his upbringing. Sir Arthur also travelled to Australia and New Zealand on Spiritualist missionary work in 1920 and by using the Board of Trade Outbound Passenger lists on TheGenealogist we are able to find him and the younger members of his family on a ship to Melbourne on 13 August 1920. It is worth noting that his young son, Adrian Malcolm Doyle, is recorded simply as ‘Malcolm’ in this record – while Denis Percy Stewart Doyle is listed as Denis Conan Doyle introducing his father’s middle name of Conan into the equation.

Searching for more of Sir Arthur Conan Doyle’s sea voyages, in this decade of BT27 Passenger Lists on TheGenealogist, we see that on a transatlantic voyage in 1923 the whole family used the name Conan Doyle pointing to the adoption of that compound name with which the author is best known today.

The family have given their address as 15 Buckingham Palace Mansions in this record. This was actually the flat that the famous author and his second wife Jean kept opposite the entrance to Victoria Station, although their main home was in Sussex and in other sea voyages it is that address that is recorded in those particular passenger lists. So in some instances Sir Arthur may be under the name Doyle, elsewhere he is listed as Conan Doyle; in some records he used a London address and in others a Sussex one.

By using the Trade, Residential & Telephone directories on TheGenealogist we can find Sir Arthur, under the surname Doyle in the 1924 edition of Kelly’s Sussex Directory. It was at his Windlesham home that Sir Arthur Conan Doyle, knight, patriot, physician, and man of letters passed away in July 1930. This was registered in the Uckfield district of Sussex under the surname Doyle, as a search of TheGenealogist provides.

Though his name lives on linked forever with his creation Sherlock Holmes, we have seen that in some records he was known as Conan Doyle while in others Doyle. That and his son’s using one of their middle names instead of their first, has illustrated how researching your ancestors can sometimes be confused by people using names that we had not expected. None of this, however, prevented us tracking down the Doyles/Conan Doyles in the records on TheGenealogist by using its Master Search and a number of diverse record sets that are available to us on the site. 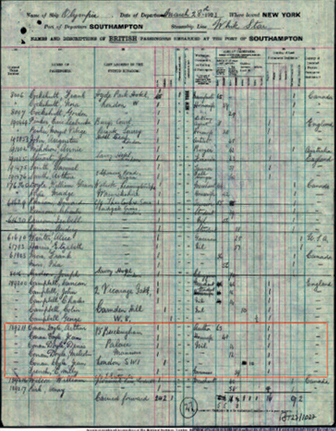 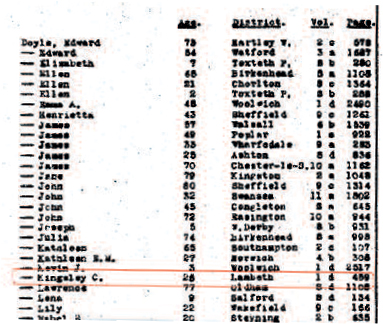 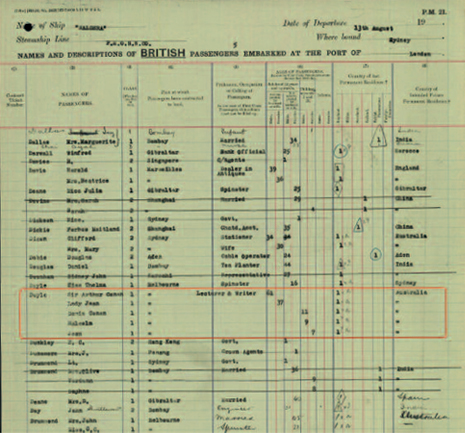