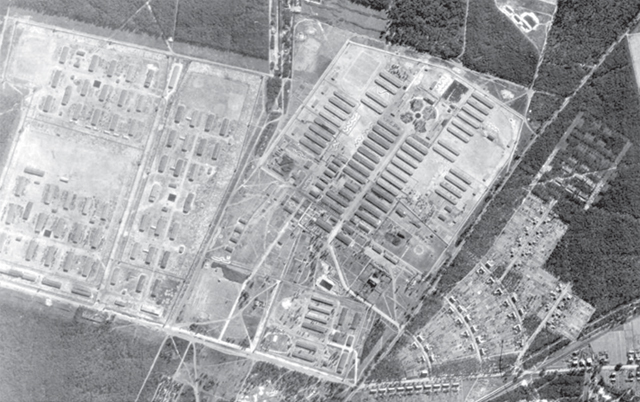 Flight Lieutenant George Harsh was an American who had joined the Royal Canadian Air Force at the start of the Second World War and was posted as a tailgunner serving on Halifax Bombers flying out of England. On being shot down in 1942 he was sent by the Germans to Stalag Luft III and reputedly became a key member of the Great Escape’s executive committee and the camp ‘security officer’, though he had been transferred before the escape took place. Using the Prisoner of War records on TheGenealogist.co.uk we can find Harsh recorded at Stalag Luft III in Poland.

George Harsh was born in 1910 and inherited what would be millions in today’s dollars from his father, who passed away in 1921. By the time he arrived at Oglethorpe University, Harsh Jr was an alcoholic who sought excitement, usually causing nothing but trouble in the process. Returning to Oglethorpe University for the fall term in 1928, Harsh brought with him a Colt .45 pistol that he and the rest of his affluent associates used to shoot out the streetlights in the town, as well as taking potshots at the clock in Lupton Hall’s clock tower. Eventually becoming bored of this pursuit, the group formed a pact and began a series of armed robberies of petrol stations and grocery stores in order to gain the thrills and excitement that they craved. 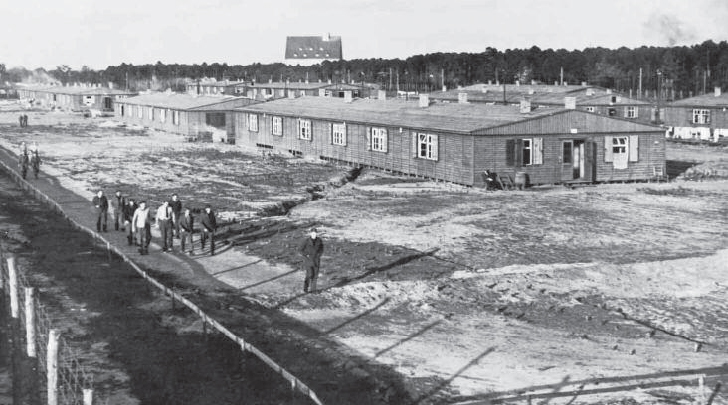 Scenes at Stalag Luft III, near Sagan in what is now Poland

Two of the youths would storm into the business, one armed with Harsh’s pistol, while others waited outside in a car. Often they would tie up the store employees and sometimes even pretend to be store staff themselves so that they could obtain even more cash from customers. Over the course of October 1928 the group attempted seven holdups, two of which ended in shootouts causing death. The first fatality occurred during their second robbery and, though they were never prosecuted for this crime, it is believed that Harsh entered a grocery store brandishing the pistol and an armed manager pulled his gun and fired. Unfortunately the bullet missed the young burglars, accidentally killing a fellow employee of the store. Harsh fled the scene and later confessed to carrying out this raid.

The next death occurred when they carried out their seventh raid. Harsh entered a chemist brandishing his pistol but was met by an armed store owner, Willard Smith. Smith shot at Harsh, wounding him in the hip before Harsh returned fire, killing the outlet owner. The thrill-seeking students fled the murder scene back to an apartment near to Oglethorpe's campus. Harsh’s injury had bloodied his clothes and when a maid took the trousers to a dry cleaner, they alerted the police on finding the bullet hole. The police questioned Harsh about the bullet hole and he quickly confessed to the seven armed robberies and to shooting Smith, all of which occurred ‘for the fun of it’ – hence the nickname of the ‘Thrill Slayer’ bestowed on him by the media. Harsh was sentenced to death for his crime; it wasn’t until his accomplice Richard Gallogly also pleaded guilty that the sentence was reduced to life in prison. For several years their affluent families tried to gain pardons for the young men, succeeding in 1941, when a governor pardoned both men and set them free. George said that he was granted a pardon having saved a fellow prisoner’s life by performing an operation to remove an appendix. However, we have to question this reason as none of the newspapers of the time mention this fact.

From the newly released 1940 US Census records on TheGenealogist (see page 26) we can find Harsh in Bellwood Prison Camp in Atlanta City (see image above).

Harsh spent 12 years on a chain gang and claimed he murdered a fellow inmate during his incarceration over a bar of soap – though he was never charged. When he was released Harsh’s account claims that he was approached by an Atlanta crime organisation to work as an enforcer, but after considering the offer, Harsh decided his options were better in Canada, where he quickly joined the Royal Canadian Air Force.

Flight Lieutenant Harsh flew in several combat missions over enemy lines during the Second World War, until his plane was shot down during a bombing run over Germany in 1943.

Imprisoned in the Stalag Luft III prison camp, it was here that he became involved with the organisation of one of the most famous incidents of the war, when it was proposed to get 200 men to break out of German captivity. With a large number of other Allied prisoners held in the German PoW camp, Harsh worked on several secret tunnels aimed at a mass breakout. Unfortunately for Harsh he was not present for the escape because he, along with 18 other ‘suspects’, was transferred to a high security Belaria compound shortly before it happened.

The event would see 76 allied PoWs break free in what was to later become known as the ‘Great Escape’ and become the story behind a book and the movie starring Steve McQueen. When the bestselling book The Great Escape by Paul Brickhall was written in 1950, George Harsh was to provide the foreword to it. When the movie was released, the character Sandy MacDonald (played by Gordon Jackson) was based on George Harsh.

After the war Harsh became a book salesman and also ran a tree nursery. He wrote his own book Lonesome Road in 1971. He died on 25 January 1980 in Canada, where he had gone to live with a fellow survivor of Stalag Luft III, having had a stroke. 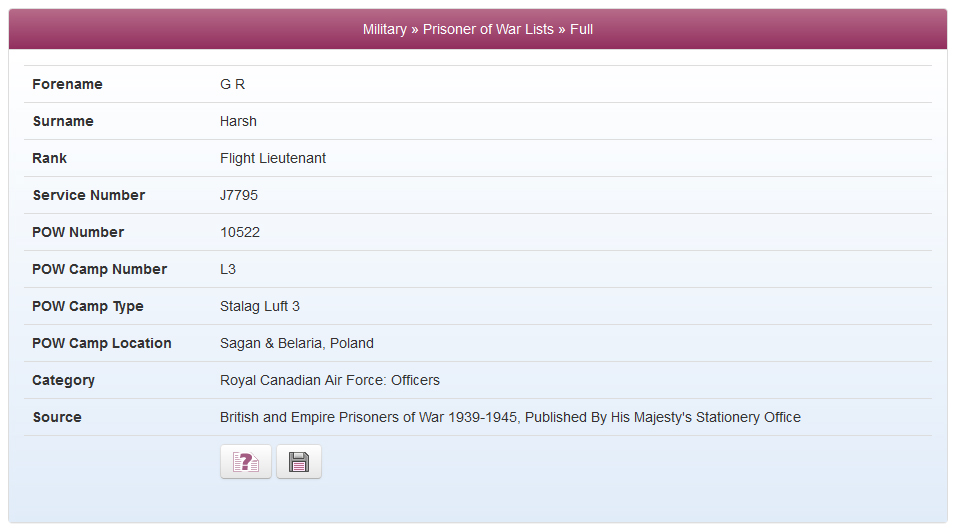 George Harsh in the Prisoner of War records at TheGenealogist.co.uk

George Harsh at Bellwood Prison Camp in Atlanta City, in the 1940 US census 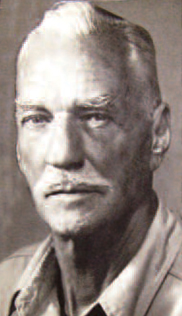 Steve McQueen’s character in the film was based on another American, Major John ‘Johnnie’ Bigelow Dodge who was also known as the Artful Dodger. Dodge had become a British Army officer and fought in both world wars, becoming a notable prisoner of war during the Second World War. He was to take part in and survive the Great Escape. While all the other escapees were RAF or Empire Air Force officers, Major Dodge was from the British Army.

Dodge’s paternal family were notable Americans: Johnnie was the son of Charles Stuart Dodge and Flora Bigelow, who had divorced in 1902. Flora, who had custody of the two children – John and his sister Lucie Bigelow Rosen – then married Lionel George William Guest, a cousin of Winston Churchill, and they moved to live in Montreal, Canada.

We can trace Mrs Flora B Dodge on a ship sailing from England to New York in TheGenealogist's Passenger lists records, along with Johnnie and his sister Lucie.

Through his connection to Winston Churchill and as a naturalised British citizen, in the First World War Johnnie joined the Royal Naval Division. This had been embodied from Royal Naval Reservists who were not required for service at sea by Churchill, in his position as the First Lord of the Admiralty.

Johnnie Dodge fought at Gallipoli and the Dardanelles. We can find him Mentioned in Dispatches, and having been wounded, we can also find him in the Casualty List for 4 May 1915 in the Military Records collections at TheGenealogist.

This anomalous Royal Navy unit was eventually transferred into the Army in 1916. Dodge then went on to serve with the Royal West Surrey Regiment as a Captain and while he was fighting on the Western Front he was wounded again. We can locate him in the WW1 casualty lists on TheGenealogist, which give us his new regiment.

Using Army Lists to find him, we can turn to the October volume of the 1916 Army List on TheGenealogist to see his entry reveal his appointment as an Army Officer from 5 April 1916.

We are able to see that as well as service in the Naval Forces, Johnnie Dodge spent some time in the Suffolk Regiment, the Royal West Surrey Regiment, the Machine Gun Corps and the Royal Sussex Regiment. He was also awarded the 1914 Star, the Victory Medal, the British War Medal, the DSO and the DSC. 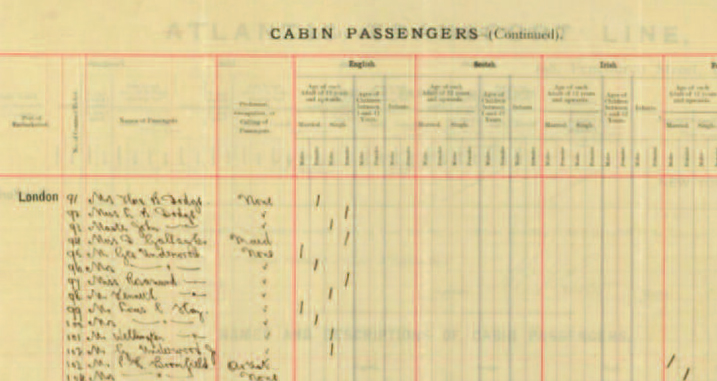 The Dodge family in passenger list records at TheGenealogist 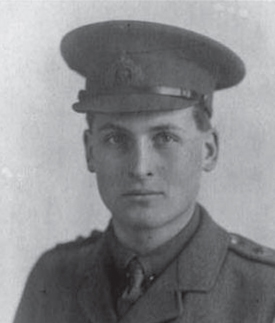 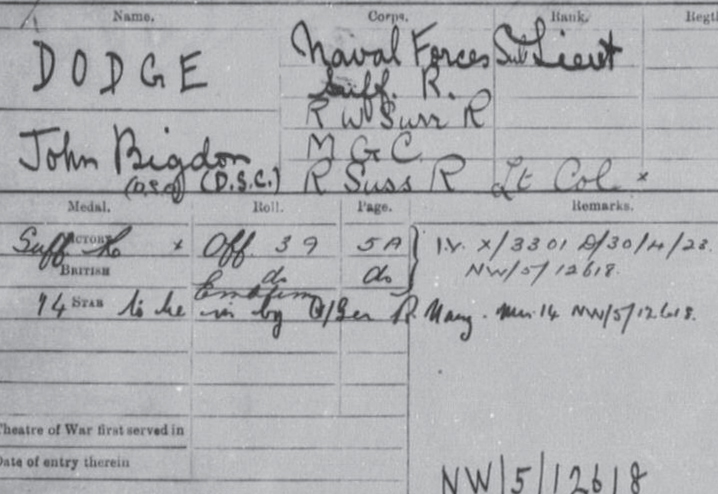 In his mid-forties at the start of the Second World War, Johnnie Dodge re-enlisted at once in the Middlesex Regiment and was attached to the 51st Highland Division. When they were forced to surrender to Rommel near Calais in 1940, Johnnie took off his boots and swam out towards a British ship on the horizon. Unfortunately for him, the ship sailed away and he was forced to return to the beach and German captivity after the seven-mile swim. Forced with other prisoners of war to march to Germany in his bare feet as a result of leaving his boots on the beach, he and other Army prisoners were eventually put on a barge in Holland. The Artful Dodger, however, jumped overboard in an attempt to escape. Turned over to a Luftwaffe officer he became a captive of the Luftwaffe, which is why he joined the Air Force PoWs instead.

With the agreement of the Camp Kommandant, who had the records show that Dodge had been transferred to the RAF, Johnnie became a permanent member of the camp – however, he was always looking to escape. In this quest he was joined by several others in digging a tunnel in a bid for freedom. Though none were successful in getting away, once recaptured they were given a period in solitary confinement before being transferred to another Stalag Luft. There followed more transfers to other Luftwaffe run camps, with yet more attempted escapes being made by Dodge.

At Stalag Luft III in the German province of Lower Silesia near the town of Sagan we pick him up in the records on TheGenealogist being held in Camp L3. It was here that he became involved with the Great Escape. Partly due to his large size, Johnnie Dodge didn’t help to construct the tunnels, his job being to create diversions such as choir singing to help disguise the noise of the digging. At approximately 1 o’clock in the morning of the 25 March 1944, Dodge was given a place in tunnel ‘Harry’ and escaped with Flight Lieutenant James Wernham from the RCAF towards Czechoslovakia. In the end 76 men managed to escape. History tells us that Dodge was caught during the afternoon of the same day at Hirschberg main railway station.

The Germans then sent Johnnie Dodge to Sonderlager Concentration camp with the other surviving ‘Great Escapers’. Unperturbed, he and the others were involved in the creation of another tunnel in their new camp and actually managed to escape again in the September of 1944. Dodge was on the run for over a month and after receiving help from some French slave labourers on the way, he was eventually arrested by a German farmer and returned to Sachsenhausen. He and the other four that had escaped and been recaptured were then placed in solitary confinement and chained to the floor in the death cells at the camp.

In February 1945 Dodge was released from solitary and taken to Berlin where he was asked by two senior German officials to act as a peace envoy to the British government, with an offer of German surrender to the British and Americans, but not to the Russians. Dodge was asked to undertake this task because of his relationship as a cousin by marriage to Winston Churchill. Having been released and made the sometimes hazardous journey back to Britain he met Churchill and the United States Ambassador to Britain. The German offer was not, as history tells us, accepted by the two nations.