The search for Mr Vinneycombe

Have you ever really really wanted to solve a problem? I have – and this is it. Since 2014 I have been working on a project linking my local sports club in Sunderland to the First World War. Today the club is known as Ashbrooke Sports Club but in 1914 it was called Sunderland Cricket and Football Club and its Ashbrooke Ground was home to Sunderland Rugby, Cricket, Hockey, Tennis and Bowling Clubs. Soon after the declaration of war in 1914, a meeting was held to wish good luck to all the members who had joined up. The club’s governing board drew up a list of their names in alphabetical order alongside ranks, service choices and, where known, regiments. There were 224 names in all and the minute book containing the list has survived. In the 1960s a club history was published and in there was a list of the members who died in the war and those who were decorated. From these two lists it was possible to extend the total of possible case studies to 258. I set out to find the war records of as many as I could and by early 2018 had managed to complete mini-biographies on all but a handful, with the resultant research due to go online this month under the title Can You Do Nothing To Mend My Broken Heart – The Ashbrooke Boys – A Sports Club at War (1914-18).

Meanwhile, while pottering about in the British Newspaper Archive online I came across a comprehensive newspaper list of rugby players selected for the three teams representing Sunderland RFC on Saturday 17 January 1914 – 45 names in all. As the same newspaper (the Sunderland Echo) reported later in the year that 42 rugby players from the club had gone en masse to join up I decided to look more closely at the list. Fortunately nearly all the surnames were accompanied by initials so it was easy to relate them to those already featuring in my completed research. Thirty one of the names were familiar and already had completed case studies. With a little sleuthing and the help of a magnificent Australian researcher called Graham Caldwell I managed to find another 13 and their war records in every single case. This left one single mystery player listed in the back row of the Sunderland Echo’s 3rd XV team sheet of 17 January 1914 simply as ‘Mr Vinneycombe’.

Mr Vinneycombe was, and possibly still is, my problem – I will leave the reader to judge.

Today researching digitised material at a computer makes life so much easier and my tendency is to work with TheGenealogist, the British Newspaper Archive and Google. A thorough examination of Vinneycombe in these came up with very little joy indeed and it soon became necessary to try a variety of approaches – including, as all good family historians are advised, different spellings. My first inclination was to discover if ‘Mr Vinneycombe’ had featured in any other club sides around the same time and if so could I discover more about his name than the mere ‘Mr’. The result of a trawl though the Sunderland Daily Echo (SDE) and the Newcastle Journal (NJ) came up with the following results: 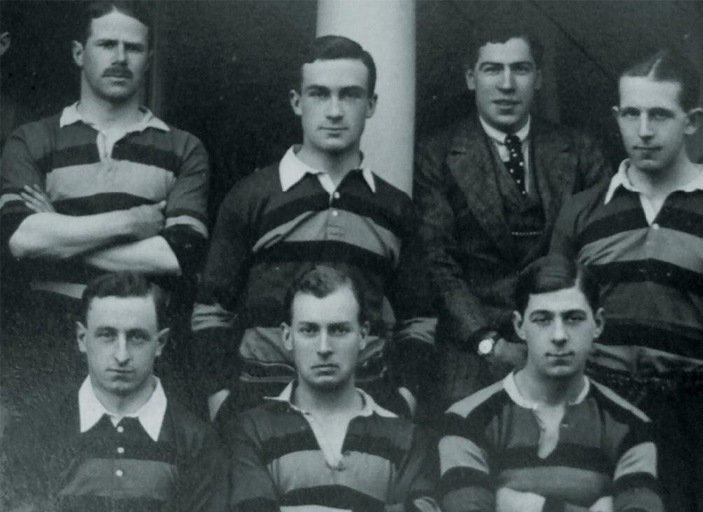 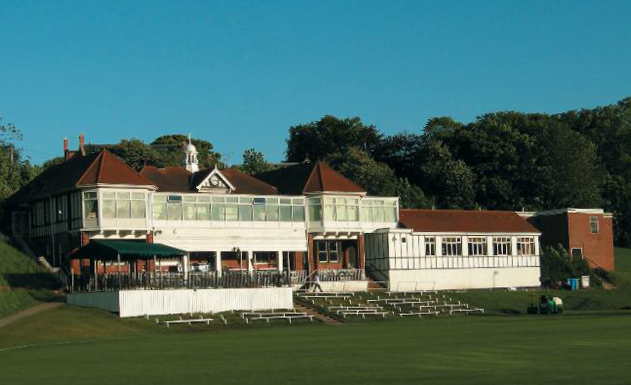 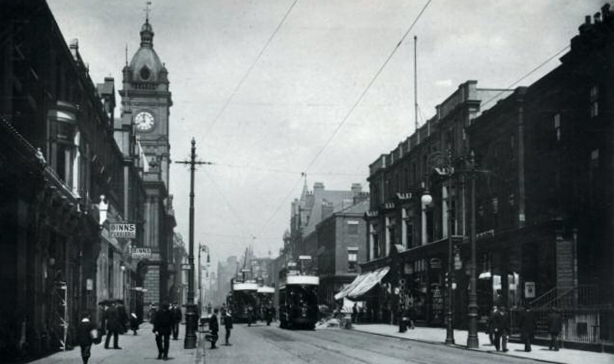 The centre of Sunderland c1910, from TheGenealogist’s Image Archive

These results did not really advance the cause! However, I could still access the club’s membership book for the pre-war years which had proved invaluable to my earlier studies. In it I found the following reference:

Generally the addresses in the membership book were local to Sunderland, with one or two further afield in Newcastle or South Shields, but the appearance of a Leeds address was quite baffling. Nevertheless the spelling of the surname as Vinycomb proved extremely helpful. I placed it into TheGenealogist’s search engine alongside the keyword ‘Durham’ (covering the county in which Sunderland then stood) and this resulted in 34 hits. In relation to the period around the First World War, a number of these hits were pertinent to my quest leading to:

A Robert Knox Vinycomb marrying at South Shields in 1878, living at 15 Holly Avenue in Jesmond, Newcastle in 1891 and described in trade directories as a ‘gentleman’.

The records of a young officer in the 15th Durham Light Infantry called H S Vinycomb who was twice wounded in 1917 but survived the war to marry in County Durham in 1919.

Unmarried Vinycomb females operating in the dressmaking business – also in Newcastle – and registering their work in trade directories. (Newcastle details appear in a Durham search because of the regional nature of the late Victorian and Edwardian directories).

These firm links to Newcastle, a dozen miles to the north of Sunderland, were not in the least discouraging. All my work as club archivist and historian had shown me that during this period rugby men and boys were persuading their school friends to cross urban boundaries to play sport with them – and good local rail connections made this possible.

So a possible source for Vinneycombe/ Vinycombs had been established plus what looked like the type of family which might have produced amateur rugby union players in the years prior to the First World War. The next step was to find out exactly who was living at 15 Holly Avenue at the time of the 1911 census.

I know the Victorian middle class street called Holly Avenue well as both my wife and I lived close by as students. In 1911 the Robert Knox Vinycomb mentioned above (age 75) was the head of household at number 15 with five sons ranging from 17 to 26, including the future soldier Harold Shields Vinycomb. Not one of the boys had the same initials as my Sunderland sports club member or worked in banking. There was a single servant but no wife. Given the absence of wife and the age of the father I decided to take the family back to previous censuses in 1891 and 1901 to see if the boys had other siblings. In both cases the family was still at Holly Avenue with a wife/mother 15 years younger than her husband and another son George S Vinycomb who was fifth of six boys in relation to age. The father, Robert Knox Vinycomb, had not married before and was still single at 35 in an earlier census. 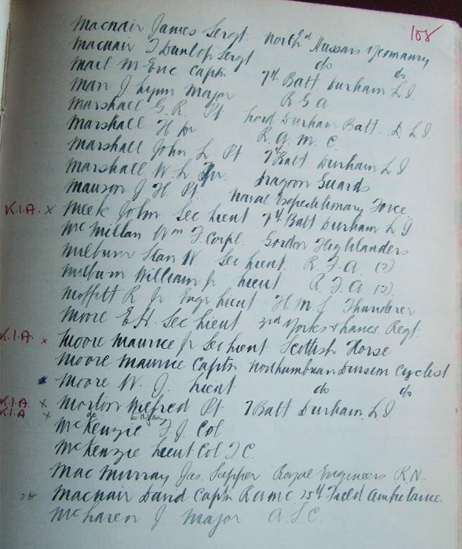 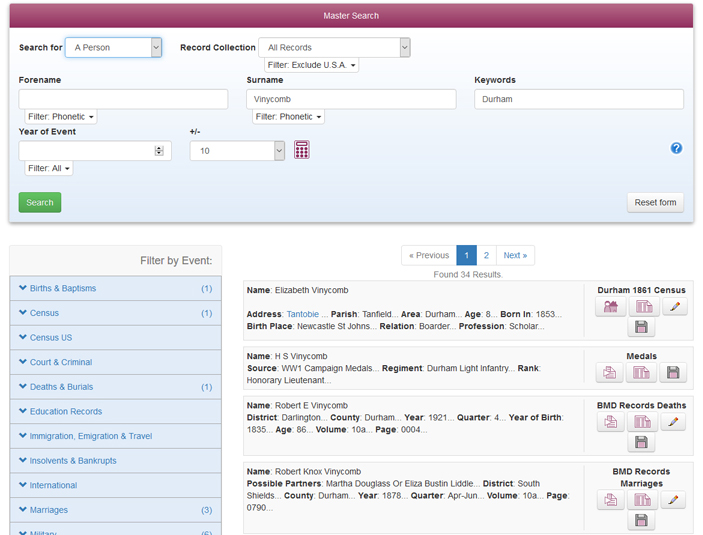 By now I was slightly baffled as the family ‘felt right’ for the subject I was chasing. There remained one question to be answered – where was George at the time of the 1911 census? The answer provided the first true ray of hope. George Stanley Vinycomb was in a large house called Abbey Lodge in Whitby, Yorkshire and registered as a boarder age 20 and a bank clerk. With the Yorkshire banking link to the club membership book this put him in pole position but there remained so many unanswered questions that more sleuthing was certainly in order. Why the different initials in the membership book – and indeed elsewhere; had this young man any links with Sunderland at all? My inclination was then to turn back to the British Newspaper Archive for a lengthy period before the war using the accepted family spelling of the surname. Here are some of the results:

Information from the British Newspaper Archive search engine also led to vital evidence on the family’s war time activities. The Shields Daily News of 16 April 1917, for example, records that the Vinycombs had five sons ‘serving overseas’ at the same time. Some form of record has survived for all of these and, without going into too much detail, it is evident that all but F T Vinycomb saw service in the army. George, now the main focus of my interest, saw active service as an acting corporal with the Royal Fusiliers from 1916 onwards.

So have I found my 45th and final rugby player – my mysterious Mr Vinneycombe? I would argue that I have. Here was a sporting bank clerk with an unusual name who certainly had links via cricket to Sunderland rugby players. Furthermore he had attended Dame Allan’s School in Newcastle as had George E Harker who played in the 3rd XV pack with ‘Mr Vinneycombe’ – and George was, at that time, the only other club member to have gone to that private Newcastle school. Post-war, George continued to work in banking and moved to New Zealand where he died in 1952. (A piece on his estate linking him to Newcastle appeared in the local press.)

Yes – I know. You think that I have failed to provide an answer to the most obvious of questions. Why so many aliases? A single miswriting of a name is acceptable as a mistake – many must be accepted as calculated. So why was George Vinycomb keen to disguise his real identity? Was it because of the nature of his work? Unlikely. There were many bank clerks playing sport at the club although his employers may have been wondering why he was travelling so far at weekends. The most likely explanation is that a ‘Geordie’ born and bred on the banks of the Tyne may not have wanted friends and colleagues on Tyneside to know that he was turning out for a Sunderland rugby club side on a regular basis. I differ from most researchers in believing that the term ‘Mackem’ for Sunderland/ Wearside folk pre-dates the 20th century. If so the explanation is that a ‘Geordie’ did not want his ‘Mackem’ connections to be advertised too broadly. It may be a pathetic explanation but I rest my case and sign off happily open to further suggestions!