The valet and the fortune

Nick Thorne discovers a tale of debauchery and embezzlement involving a member of the gentry... 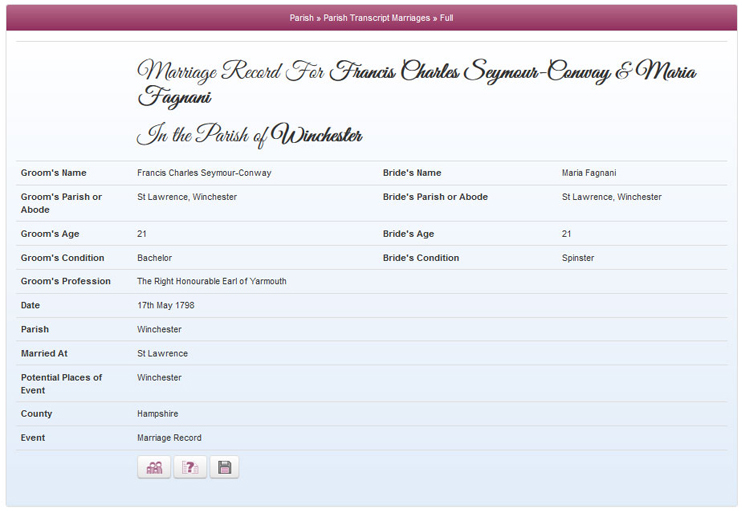 The marriage of the then Earl of Yarmouth and Maria Fagnani took place in 1798, and can be found in parish transcripts on TheGenealogist

Francis Charles Seymour-Conway The 3rd Marquess of Hertford was a British Tory politician and art collector who had been born on the 11th March 1777. Before he inherited the marquessate from his father in 1822 he held the title Earl of Yarmouth and sat as an MP in the House of Commons.

He was an art collector, friend of the Prince Regent, an amateur cricketer and husband of Maria Emilia Fagnani whose parentage was scandalously open to a certain amount of doubt. Her mother was married to an Italian aristocrat, yet the Marchesa Fagnani had left her husband at that time and so Maria was reputed to be the illegitimate daughter of the Earl of March, who was to later become the Duke of Queensbury. Although very wealthy in her own right, her husband’s family never accepted her because of the ‘misbegotten’ nature of her birth.

A search of TheGenealogist’s records for the two finds the records of their marriage at St Lawrence in Winchester on the 17th May 1798.

TheGenealogist has a number of record sets that we can use when we find an ancestor that is a member of the higher echelons of society. Investigating more about the Marquess we are able to turn to the Peerage, Gentry & Royalty records on TheGenealogist and in particular the Burke’s Peerage will provide us with a great deal of family tree information. In the Marquess of Hertford’s case we can learn that they are a cadet branch of the Seymours that were Dukes of Somerset from whom they descend.

Within this set can also be found The Royal Kalendar 1825 and it gives us the information that the Marquess has seats in two counties, one of which is in Warwickshire with the other in Suffolk. This publication also gives us some of the appointments that he held in other parts of the realm.

The tithe records on TheGenealogist can be used to find all types of people ranging from those who live in cottages to those with stately homes. In the case of the Marquess of Hertford we find he has extensive plots in Suffolk that he both occupies, or is the landowner of, and rents other pieces of land to others.

From The Concise Dictionary of National Biography 1654-1930, in TheGenealogist’s occupational records, we can see the various constituencies that the Marquess before his elevation to the House of Lords had represented as an M.P. It also reveals his position as Vice-Chamberlain to the Prince Regent and that he was the inspiration for the “Marquis of Steyne in ‘Vanity Fair’”. These few words diplomatically tell us something of Hertford’s character, as many of Thackeray's characters mock their real-life counterparts and the author’s Lord Steyne was depicted to be a debauched member of the British aristocracy’s highest ranks.

Wills of our ancestors can furnish us with an insight into who they considered to be important in their lives. Lord Hertford’s death sparked a row when his will left a number of large legacies to his manservant, Nicholas Suisse. The executors thought it necessary to resort to legal proceedings against the valet believing that he was getting more than he should. The court action revolved around whether the last codicil, which left Suisse £8,000, should be a substitute sum for all the previous codicils of £1,000 here and £3,000 there or whether it was in addition to these legacies.

The Marquess had obviously had a high opinion of the service that his man had given him, as we can read in the will if we search the Prerogative Court of Canterbury Wills (PPC) on TheGenealogist. Lord Hertford bequeathed £16,000 to his executors to provide for the servants specifically directing that half of this amount should go ‘to Nicholas Suisse, my head valet, an excellent man.’ 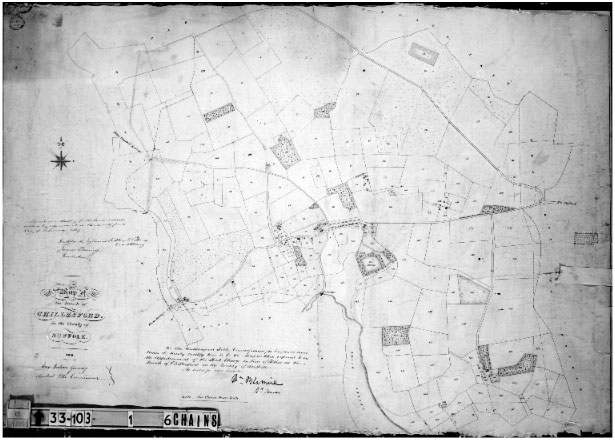 The Marquess of Hertford's tithe records in Suffolk on TheGenealogist

Not satisfied with querying why the servant was getting so much, the late Marquess’s valet was also accused of fraud and so a search of the Newspapers & Magazines on TheGenealogist swiftly uncovers an article from The Illustrated London News for July 9th, 1842. It alerts us to the fact that the case was heard at the Old Bailey and that he was acquitted of Embezzlement and Larceny after a protracted trial, but that there were several other indictments remaining.

Turning to the Courts & Criminal records on TheGenealogist we find the former valet in the HO 77 Newgate Prison Calendar having been remanded in custody in order to face the further charges.

A total of three Newgate Prison Calendar records for Nicholas Suisse are to be found in TheGenealogist’s criminal records collection. The first is for the 17th June 1842 where he is indicted with ‘Stealing two Bank-notes to the value of £800 and other Bank-notes, the property of John Wilson Crocker and others.’ The next is on the 6th July 1842 for embezzlement with the other being on the 26th August 1842 for ‘larceny as a servant’. The verdict of the court must have come as a shock to the executors as Suisse was found not guilty of all of these charges and then released from Newgate.

Whatever services Suisse had provided his late master - and some reports point to him procuring prostitutes for the Marquess - he seemed to be up against some pretty powerful men who wanted to deny him the large legacy his former employer would seem to have intended that he receive. John Wilson Crocker, the named victim in the June HO 77 record, was an Irish statesman and author who had for many years had the sole management of the estates of the Marquess of Hertford and who was also mentioned in the will and was one of the executors.

A fascinating sideline to this story can be read in The Illustrated London News for November 12th, 1842 where the paper draws its readers attention to the massive expenses that were run up by the defence team for Suisse. In three days they spent over £266 in tavern bills, a sum which is approximately worth £23,000 in today’s money! But all of this was affordable to Nicholas Suisse who by now, perhaps tired of English prisons, was reported to be residing in Paris. Another article provides us with the fact that the battle continues three years on with a case in France. Reading a report in The Illustrated London News for December 1845 there the executors of the Marquess’s estate were equally as unlucky as before the English courts and they were forced to pay all costs in the French case.

While the Marquess’s valet seems to have been well appreciated by his master, when he was alive, others believed Suisse to have been abusing his position with Lord Hertford. A number of letters have been published from the 4th Marquess (the son and heir of the 3rd Marquess) written to Mr Crocker, who was the named victim in the criminal records that we have seen earlier. This correspondence now appears in a book published online by Google and shows that their opinion of the valet was very low indeed. Referring to him as a scoundrel they thought they had evidence of him stealing from his employer - sadly for the executors and the family the courts decided otherwise.

Using an assorted number of records on TheGenealogist, we have been able to trace an aristocratic family’s line, and find where their landholdings were. We have also found out about the many attempts the executors made to prevent a valet from inheriting a large sum from the 3rd Marquess of Hertford's estate.

The entry for Nicholas Suisse in the Newgate Prison Calendar, 6 July 1842

The Illustrated London News for December 1845, on TheGenealogist