Family History Monthly is a leading genealogy magazine which was produced by Diamond Publishing. It has now ceased publication.

The West Riding Territorials in the Great War 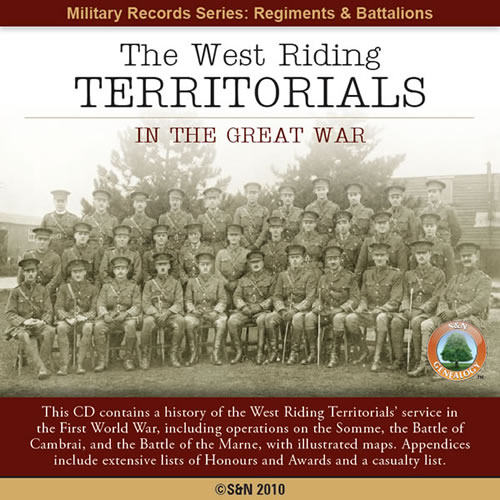 Originally published in 1920, this volume gives a scholarly description of the West Riding Territorials' service in the First World War. This was a gruelling stint, and it included operations on the Somme, the Battle of Cambrai, and the Battle of the Marne.

The text is well illustrated with an assortment of sketch maps, as well as with photographs depicting the West Riding Territorials' most senior officers.

Numerous appendices contain extensive schedules of honours, awards and casualties. For example, we learn that 265556 Corporal L Jones of the 6th West Riding Regiment was awarded the 'Medaille Militaire'.

Many individuals are named in the volume's 320 pages, and anyone discovering an ancestor within is likely to find that new research avenues are instantly opened up.