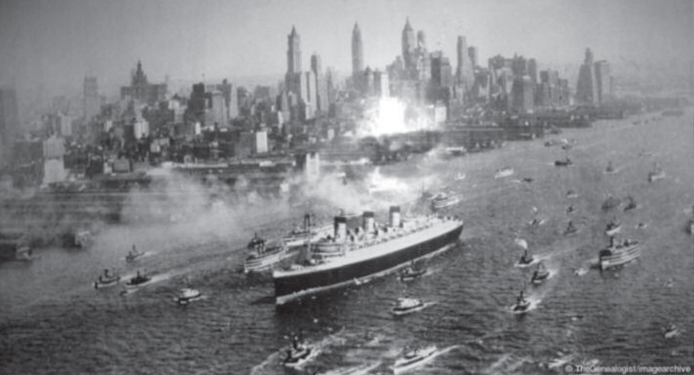 TheGenealogist has just released over 2.7 million TNA series BT 27 records for the 1930s. These outbound passenger lists are part of an expanding immigration and emigration record set on TheGenealogist that features the historical records of passengers who sailed out of United Kingdom ports in the years between 1930 and 1939. With the release of this decade of records, the already strong immigration, emigration, naturalisation and passenger list resources on TheGenealogist have been expanded again.

The fully searchable BT27 records from The National Archives released today will allow researchers to:

Those with ancestors who sailed from Britain in the 1930s will welcome this fascinating new release, which adds to TheGenealogist’s current Emigration records, now totalling over 19 million and dating back to 1896.

For further information and a case study, see the article at www.thegenealogist.co.uk/featuredarticles/2017/passenger-lists-fromthe-1930s-record-the-voyages-of-our-ancestors-699/.

TheGenealogist has added more than 1.9 million individuals to its parish record collection covering the county of Sussex. Published in association with The Parish Record Transcription Society, this second release of records for the English county more than doubles the number of parish records available for the area.

TheGenealogist now has over three million individuals in the Sussex Parish Record Collection. The new batch covers individual records of:

The Parish Record Transcription Society (PRTSoc) has worked with TheGenealogist and S&N to make its records available online. With a combined three million plus individuals from baptism, marriage and burial records now fully searchable, it is easier than ever to discover ancestors from Sussex by turning to TheGenealogist’s parish records collection.

These records are published as a result of a major project undertaken by PRTSoc staff and dedicated volunteers to transcribe the parish registers of West Sussex with the aim of preserving them for generations to come. By working with TheGenealogist these are now also searchable by online researchers on TheGenealogist, which already has many parish records for other counties.