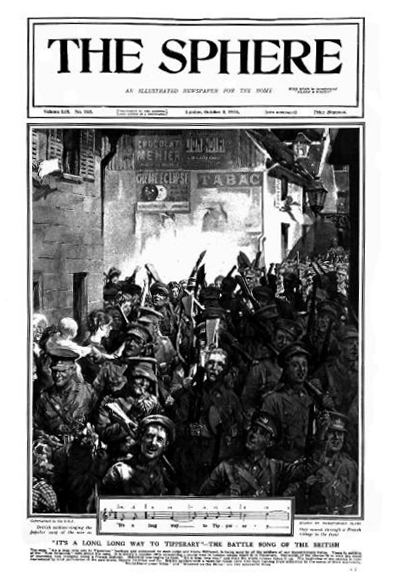 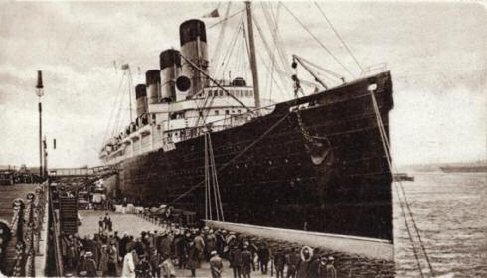 A liner at Liverpool, from TheGenealogist’s Image Archive

TheGenealogist has expanded its Newspaper and Magazine collection with the release of editions of The Sphere that cover August 1914 to June 1919.

Using the Historical newspapers and magazines resource on TheGenealogist enables researchers to follow current affairs that may have affected or concerned our ancestors at the time. Because the articles were written as events were occurring, they provide contemporary accounts of the world that our ancestors lived in and can furnish us with great insights into opinions of the time. In the case of the First World War years, covered by this release of The Sphere, we can gain information about individuals or read about situations that are similar to ones that our ancestors may have found themselves in.

The Sphere was an illustrated paper founded by Clement Shorter (1857-1926) who was also responsible for establishing the Tatler and it covered general news stories from the UK and around the world.

Also recently released by TheGenealogist are another 116 War Memorials containing 10,795 names. Included in this batch are a number of Boer War memorials as well as those for the First World War. With this addition the total figure for memorials on TheGenealogist has now reached 1,540 with 363,838 names.

To search these and many other records on TheGenealogist, go to www.thegenealogist.co.uk.

TheGenealogist has just released four and a half million BT27 records for the 1920s. These Outbound Passenger Lists are part of the growing immigration and emigration record sets on TheGenealogist and contain the historical records of passengers who departed by sea from UK ports in the years between 1920 and 1929. With the addition of this decade of records, the already strong Immigration, Emigration, Naturalisation and passenger list resources on TheGenealogist have been significantly expanded.

Those with ancestors who travelled out of Britain will welcome this fascinating new release from TheGenealogist that adds to their Immigration and Emigration records which already includes passenger lists from as far back as 1896 and the valuable Naturalisation and Denization records.