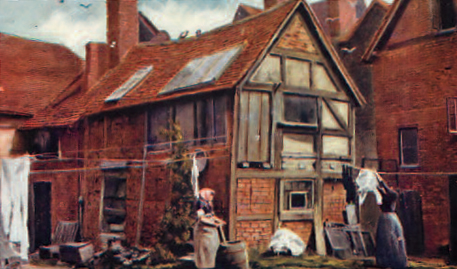 Worcestershire was the heartland of the early English kingdom of the Hwicce, one of the peoples of Anglo-Saxon England. It was absorbed by the Kingdom of Mercia during the 7th century and then by the unified Kingdom of England from 927.

The county includes the site of the Battle of Evesham in which Simon de Montfort was killed on 4 August 1265.

In 1642, the first major skirmish of the Civil War, the Battle of Powick Bridge – close to Worcester – occurred when a cavalry troop of about 1,000 Royalists commanded by Prince Rupert, a German nephew of the King and one of the leading cavalry commanders of the war, defeated a Parliamentary cavalry detachment under the command of Colonel John Brown. Worcestershire was again the focus of the Civil War when it was effectively ended by Cromwell’s victory at the Battle of Worcester on 3 September 1651.

During the Middle Ages, much of the county’s economy was based on the wool trade, and many areas of its dense forests, such as Malvern Chase, were royal hunting grounds.

These old industries have since declined, to be replaced by other, more varied light industry. The county is also home to the world’s oldest continually published newspaper, Berrow’s Journal, established in 1690. Malvern was one of the centres of the 19th century rise in English spa towns due to Malvern water being believed to be very pure.

Fruit farming and the cultivation of hops were traditional agricultural activities in much of the county. During the latter half of the 20th century, this largely declined with the exception southern area of the county around the Vale of Evesham, where orchards are still worked on a commercial scale.

The original Worcestershire sauce, a savoury condiment made by Lea and Perrins, is made in Worcester, and the now closed Royal Porcelain works was based in the city.

Exclusive census analysis from the data at TheGenealogist.co.uk reveals that common Worcestershire surnames include Davis, Hill, Price, Harris and Morris; plus Green, Walker, Cook, Turner and Griffiths were common in 1841, as were Cooper, Clarke and Hughes in 1911.

Leading data website TheGenealogist.co.uk has a wealth of records for Worcestershire. Here is a quick run-down of what you can find (in addition to national collections):