Occupations are key to good family history research. Not only do they let you know more about how your ancestor lived, giving you clues as to their wealth and social class, but they also let you easily refine a search for a common surname in the census.

Some of the major sites do not transcribe occupations from the census record collections, but TheGenealogist does and lets you refine a search using an occupation as a 'keyword'. You can use TheGenealogist's wide range of occupational data sets to really add colour to an ancestor's story; records include those for actors, apprenticeships, bankruptcies, clergy, directors, law and medical lists, railway employees, ships' crews, sports people and teachers. To show you how, we'll look at the pilot records, as an example, in more detail.

1) If your ancestors took to the skies, then the pilots database is a brilliant source. It allows you to look for aviators from the early days of flight, and includes those very first certificates issued to pilots by the Royal Aero Club. We can find that Aviators' Certificate number 2 was awarded to the Hon Charles Rolls (co-founder of Rolls-Royce) in March 1910 and another record shows that he held Aeronauts Certificate number 4, from July1906. Rolls, unfortunately, was the first Briton to die in an aeronautical accident with a powered aircraft. 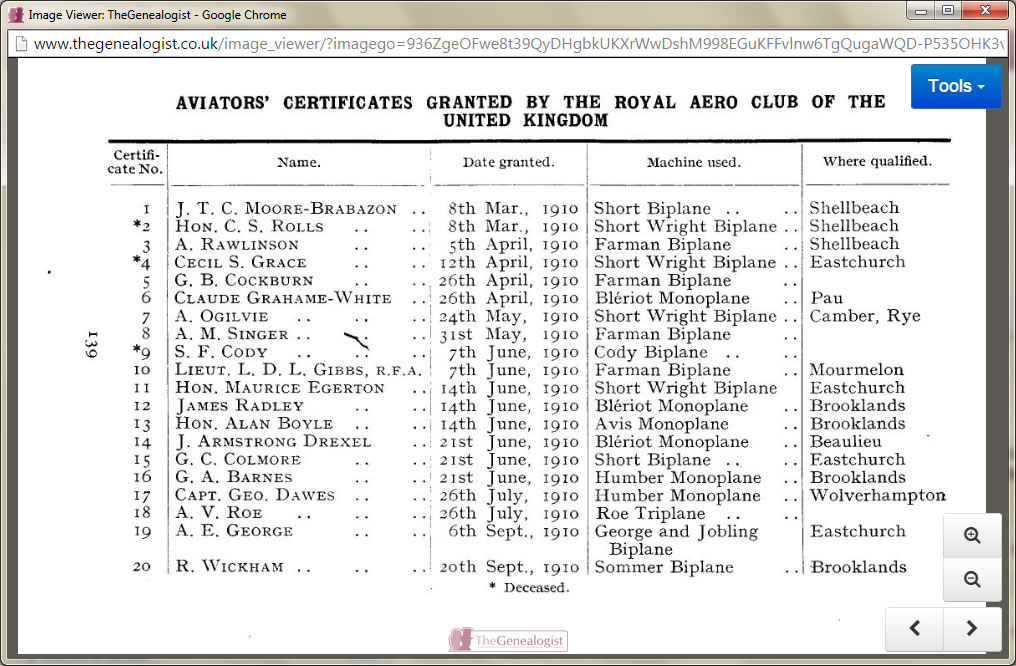 2) Searching for Thomas Sopwith, a contemporary of Rolls, we can find that Sopwith's Aviators' Certificate is number 31. To obtain it he flew a Howard Wright Biplane, qualifying at Brooklands and receiving his Royal Aero Club certificate on the 22 November 1910.

3) Within the occupational data to be found on TheGenealogist we can go on to find Sopwith in several other related records. Here is Sopwith's entry in the Who's Who in Aviation for 1918, which gives us an idea of his achievements, such as making a British duration record of 108 miles in 3 hours 12 minutes in November 1910 and winning £4,000 for the longest flight from England to the Continent, plus starting a flying school at Brooklands. 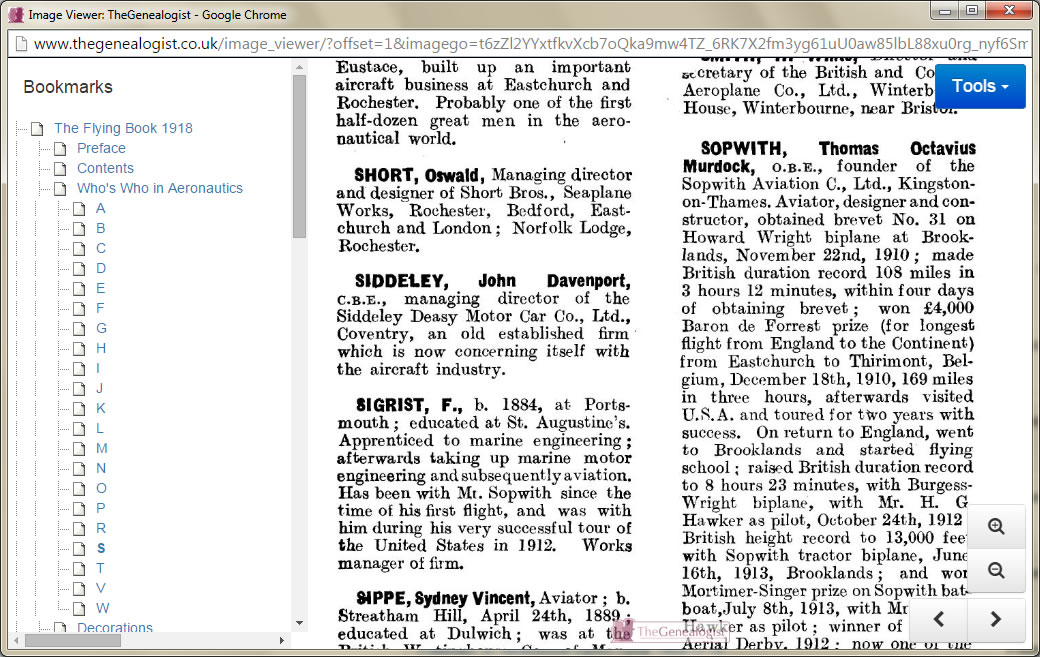 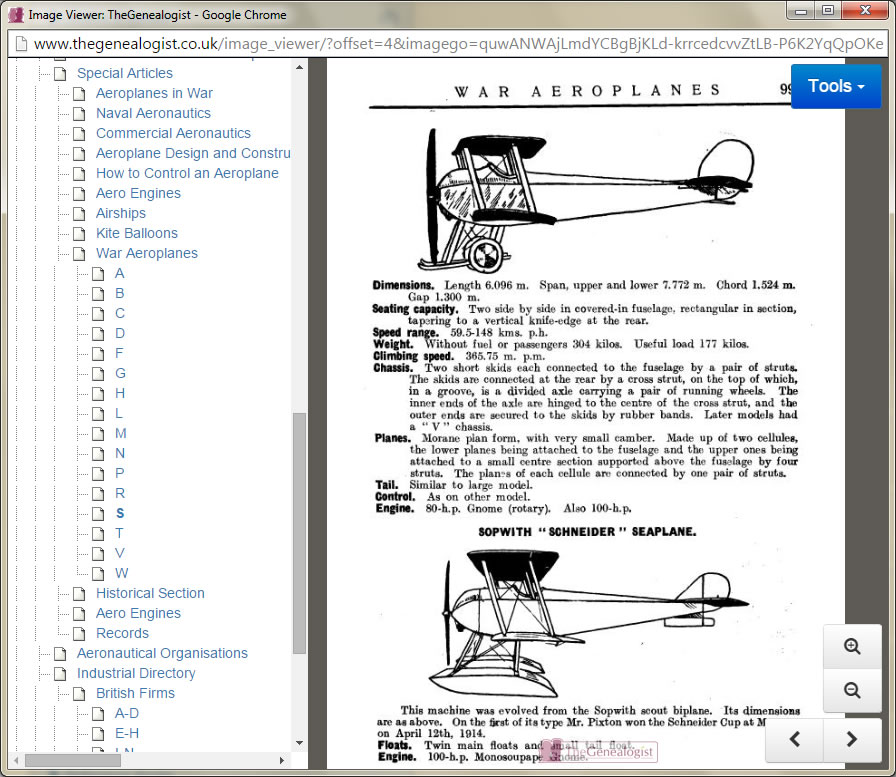 4) Another record from the same publication, returned in the search, gives us various short descriptions and illustrations of aircrafts that he had designed. Thomas Octave Murdoch Sopwith and others had set up the Sopwith Aviation Company in June 1912. In November of that year they got their first military aircraft order and went on to produce more than 18,000 British World War 1 aircraft including the famous Sopwith Camel.

5) After the war, anti-profiteering taxes wiped out his first company, but he was soon back in business as chairman of Hawker Aircraft Limited. In the 1936 Directory of Directors we can find Thomas Sopwith of 46 Green Street, London W1 listed as a director of a number of aviation-related companies. 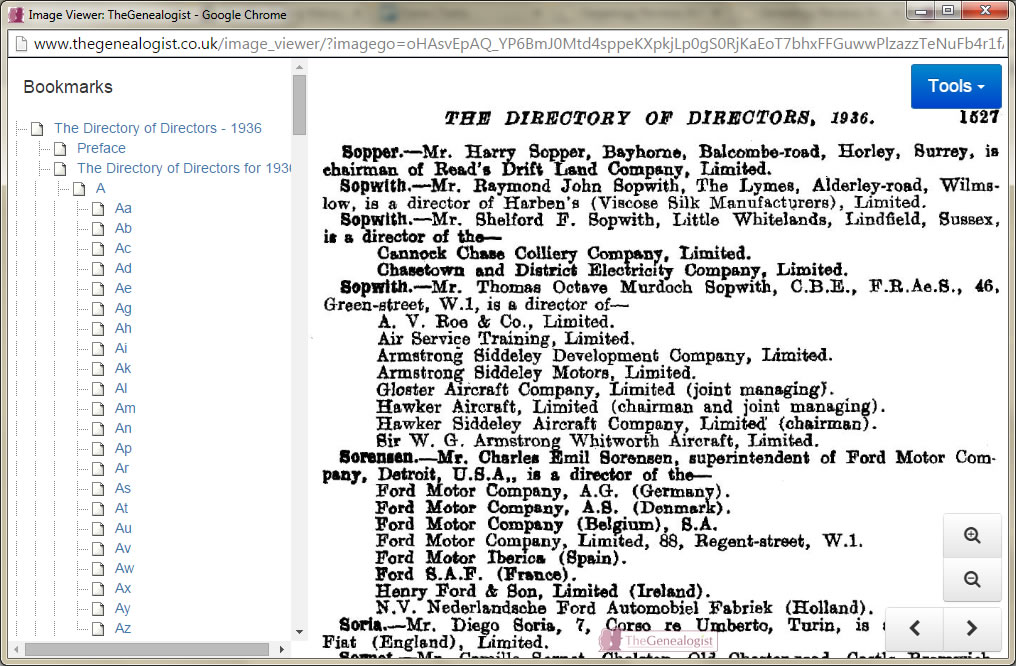